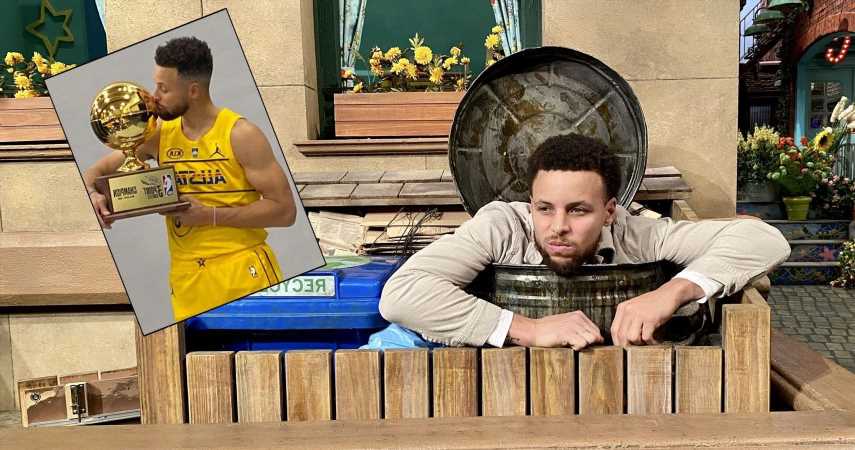 The man many would call the reigning King of Basketball, Steph Curry, is almost irreplaceable with his long-range 3-pointers. The talented shooter is also basketball’s highest-paid superstar.

Born in 1988 in Akron, Ohio, Wardell Stephen Curry II is the son of the famous basketball player Dell Curry. Today, Steph is known for his phenomenal three-point shots, but Dell mastered it at one point in time. Dell was also the leading scorer of the Charlotte Hornets. Little did he know that his son would not only outdo him but also revolutionize the game.

When Dell started playing for the Raptors, Stephen moved from North Carolina to Toronto and enrolled himself in Toronto’s Queensway Christian College’s basketball club. After a victorious season, he joined Toronto 5-0 and won the provincial championship. Stephen’s entry into the NBA later was through his success in college basketball and the high scores in NCAA.

The young basketball player wanted to follow in his father’s footsteps, and he chose the Virginia Tech to make that happen. There were, however, some doubts. Every doubt and misconception a fan could have about Stephen being less of a player due to his height was ultimately dispelled when he became the highest scorer at NCAA. Stephen bringing the Wildcats to an NCAA tournament win and setting records with 3 point shooting was the ultimate comeback on his part.

Even during his college days of playing in the NCAA, Stephen’s aim was fixed. He bettered himself in every way possible to become worthy of the NBA, and through his junior high, he tried mastering the point guard position. His NBA career finally began in 2009 with the Golden State Warriors. Soon Curry was eligible to be the rookie of the year with 166 points from 3 point shooters, which is a record in itself for rookies.

Curry had some difficult times in his new official basketball career while establishing himself as a free-throw expert since he got injured in his right ankle around this time. One of his first historical records was finishing one season with the Golden Warriors with 272 three-point shots. Curry broke his own record in the next season with 314 three-pointers.

The revolution that Stephen brought to basketball was with the help of his new coach, Steve Kerr, who devised a new strategy of moving the ball faster and offering Curry a better chance to shoot. Under Kerr’s guidance, Curry’s team won the 2014-15 season championship, and their gameplay became influential for other teams. Finally, everyone started recognizing how crucial three-point shots were in winning a match.

Following this, he again faced obstacles, in the form of injuries. Yet, he was back in the game and winning again in 2016 when the Warriors once again set a record of 12-0 and reached the NBA finals. The Warriors won not only the 2016 championship but also the one next year.

Curry’s basketball career highlights are the most iconic contracts he has signed, which also turned him into the highest-paid basketball superstar that he is today. In 2017, he signed the most profitable contract in NBA history with the Warriors. According to Make It, Curry had signed a 5-year contract worth $44 million with the Warriors in 2012, and in 2017, he renewed this 5-year contract with a whopping $201 million. This meant that he would be making an average of $40 million in one season alone.

The ripples that this contract caused in basketball was huge. For instance, Curry went from holding the 74th position in the list of top-earning basketball gamers to being the highest paid in 2017-18. He also had masterfully snatched both Durant and Lebron James’ position as the NBA superstar. His record was broken momentarily by Russell Westbrook’s 5-year deal worth about $206 million.

But if there is anybody who knows how to get back in the game, it is Steph Curry. According to Azcentral., Steph from the Golden Warriors will be making an impressive $43 million in the 2020-21 season. He has left behind Phoenix Suns’ Chris Paul and the Washington Wizards’ Russell Westbrook, who is supposed to make $40 million each in salary. Currently, the Los Angeles Lakers’ LeBron James is the sixth highest-paid with a salary of $39.2 million.

Curry has been nurturing his million-dollar empire with a horde of lucrative side ventures. He has endorsed reputed brands like Under Armour, Nike, and TCL’s line of “Palm” phones. In fact, he is reportedly the leading investor in Palm phones and in charge of development and management.

The MVPs of the NBA have a clear reputation of earning a chunk of their million-dollar wealth through endorsement deals. Likewise, Curry has made a jaw-dropping $150 million in endorsements while he has earned about $130 million in salary. As stated by Forbes, he is the founder of the production company, Unanimous Media which has a tie-up with Sony and in 2020 signed another deal with Audible. Steph also began partnering with the beverage brand Oxigen in August 2020.

The millionaire NBA champion has at least two luxury estates in California; the newer one was purchased in 2019 and cost him an extravagant $31 million. Another property he bought in 2015 was worth about $3.2 million. He also indulges in investments and philanthropy, which his company, SC30, manages.

READ NEXT: The Financial & Cultural Impact Of Fans Returning To Live Events