Things aren’t always as easy as they appear for Hollywood’s youngest entertainers.

Growing up in the spotlight can be tough, especially when young stars have rocky relationships with their parents or guardians.

As some of these up-and-coming celebs rise to fame, they encounter issues with their parents, ranging from career misguidance to shady business activity to overbearing control; while a surprising number have simply emancipated themselves to avoid child labor laws so they could work longer hours on set. Nevertheless, a handful of child stars reach the conclusion that they need to formally part ways with their parents by becoming legally emancipated.

Many celebrities who chose this option have looked back on how the process affected both their careers and personal lives.

Find out what these celebs had to say about becoming an emancipated minor:

Growing up, Drew Barrymore had a tumultuous relationship with her mother Jaid and after two stints in rehab by age 14, she realized being emancipated was the best option.

“It’s no secret that I had to part ways from my mother. We had driven our relationship into the ground. She had lost credibility as a mother by taking me to Studio 54 (so wrong, but so fun) instead of school. And I was out of control due to working since I was 11 months old and what that had done to my childhood, which made me grow up too fast,” Drew wrote in her memoir “Wildflower.”

Ariel Winter had a rocky relationship with her mother as a child and, in 2014, her sister Shanelle took over her guardianship. The following year, she became officially emancipated at age 17.

“It has been very sad for me, but at the same time it’s been much better for me emotionally and physically to be on my own and have a better, safer household and support system,” Ariel said on the Ellen Show.

Child star Macaulay Culkin became financially separated from his parents at the age of 16, in the midst of their battle for his custody, where his multi-million dollar fortune was at stake.

“It’s always misconstrued, that I ’emancipated’ myself from my parents. I legally took my parents’ names off of my trust fund and found an executor, someone who would look over my finances, just in case anyone wanted to stick their f–king pinkie in the pie. But the next thing you know, the story was that I divorced my parents. I just thought I was doing it cleanly—taking my father’s name off, taking my mom’s name off, so my opinion is unbiased. And when I did that, the whole thing kinda ended a lot faster,” Macaulay told Esquire.

When Alicia Silverstone was 15, she filed for emancipation with the help of her parents so that she could work longer hours in Hollywood. Her agent suggested the change in order to help her land her role in “The Crush.”

“If you’re emancipated, it means you’re legally 18…I had to stand before a judge and tell him I was living on my own, which was not true, and also tell him I was self-supporting, which was true,” Alicia told Rolling Stone.

“I’m a legal adult. Whatever that means…I graduated high school two years early, so I’m responsible for myself under some weird New York law,” she reportedly told Kerrang! Magazine.

“It was just stupid. I didn’t know what I was taking on,” Michelle told GQ, adding that it was “very, very lonely…I don’t think things through very often—I don’t project into the future about how a situation will turn out. Even the simplest things, I’m guilty of making really bad decisions a lot of the time. In my work it’s a capacity that’s served me well, but in my life it can be a problem.”

Courtney Love became emancipated at the age of 17 because she no longer wanted to be associated with her parents Linda Carroll and Hank Harrison. She hasn’t extensively spoken out about the situation.

Meanwhile, Courtney’s daughter Frances Bean Cobain wanted to file for emancipation from her mother when she was 17. Instead, she got a temporary restraining order against Courtney and her paternal grandmother and aunt were given custody at that time.

“When I stepped away from all those antics, I was looking for the most normal thing I could find,” Frances said on RuPaul and Michelle Visage’s podcast “What’s the Tee?”

Juliette Lewis had a positive relationship with her parents, who she calls “radical, hilarious [and] artistic” but filed for emancipation to avoid child labor labs.

“My parents helped me get emancipated from child labor laws. I know that sounds all radical, but when you start acting when you’re younger, you talk to other actor kids and their moms, and they’re like, ‘Yeah, if you want to get a job, they like on your resume to say emancipated minor versus minor, because you then can work over eight hours,'” Juliette explained on HuffPost Live. 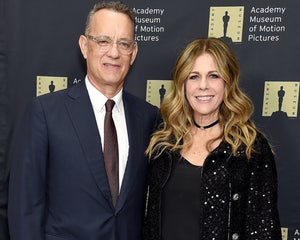 Corey Feldman was granted emancipation from his parents at age 15, who he claimed had abused him and stole nearly $1 million of his fortune.

Rose McGowan was born into a cult known as Children of God, where necessities were barely provided. She documented that experience in her book “Brave,” as well as her father’s alleged verbal abuse once they relocated to the U.S. At 15, she emancipated herself, but it ended up being a challenging time.

“I was homeless, I was on my own, and I was very lonely. I was entirely focused on just surviving. When I started having relationships with men I wasn’t set up to understand that kind of world. A lot of older men were attracted to me, which at the time I thought was cool but now I think it’s creepy,” Rose wrote.

Jena Malone filed for emancipation at age 15, claiming that her mother squandered hundreds of thousands of dollars of her earnings on personal expenses and loans to relatives that were never repaid. At that point she decided she wanted to be “fully in control” of her career, finances and life.

“It came to a certain point that money and family didn’t mix,” Jena told People at the time, adding, “When I first moved out on my own, it was weird. If I wanted to eat, I had to cook. I could stay up as late as I wanted, but after a few nights of staying up until dawn, you realize you need sleep. You eventually grow up.”

At 16, Laura Dern’s mother helped her file for emancipation in order to further her acting career and avoid child labor laws.

“It’s an uninteresting story, because everybody’s like, ‘Oh my God!’ The drugs and alcohol in her home was so painful for her that she had to flee or whatever. Because it’s used properly for teenagers that need to get away. But mine was honestly about having the ability to work and make my own decisions in terms of work and hours and all of that,” Laura told Vulture.

Jaime Pressly filed for emancipation when she was 14 in order to pursue her modeling career but later apologized to her parents about her decision.

“At 14, especially for a girl, it’s hormone hell. We all think we know everything. I was very strong-minded – I still am. I was emancipated at 15 and off to Japan on a [modeling] contract, working. I felt for my parents. I apologized profusely years later, but I was just very strong-willed and strong-minded and had my own ideas, thought outside of the box. And coming from a small town, I really didn’t fit in at all,” Jaime told NBC.

Melissa Francis had a tumultuous relationship with her mother growing up and became an emancipated minor at age 15, both to avoid child labor laws and attempt to escape her allegedly controlling mother.

“My mom had a power over me, over all of us, for a long time. I was hostage to her moods, her violence, her praise, her favor, all doled out in random doses and with confusing inconsistency, which had been designed to control me, training me to crave her attention like a starving dog,” Melissa wrote in her memoir, “Diary of a Stage Mother’s Daughter.”

09/04/2020 lifestyle Comments Off on Stars Who Emancipated From Their Parents As Children
Recent Posts
We and our partners use cookies on this site to improve our service, perform analytics, personalize advertising, measure advertising performance, and remember website preferences.Ok