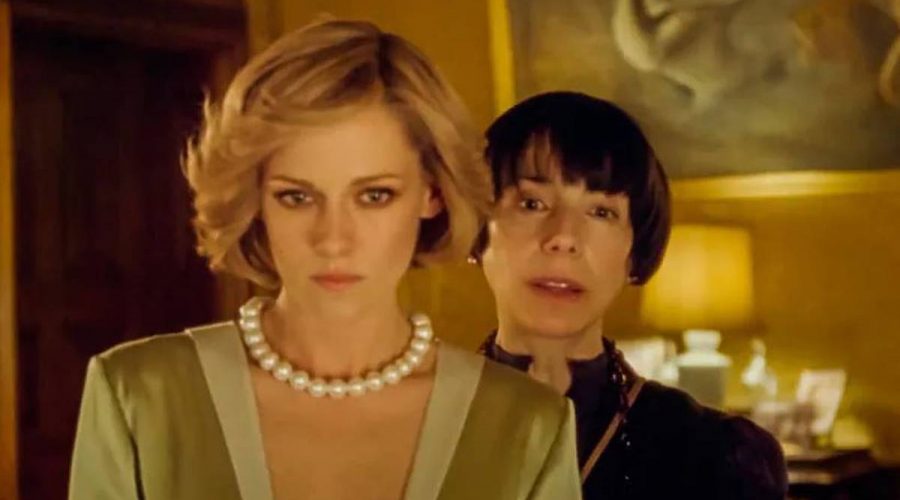 In Spencer, it often seems that the issue vexing Diana, played by Kristen Stewart, more than her distant husband or the controlling dynamics of her royal in-laws is the absence of her beloved dresser, Maggie.

At the start of the film, which is released today, it is Maggie (Sally Hawkins) who is her only grown-up ally in a sea of Sandringham froideur, laughing with her as they work methodically through the rail of outfits Diana must wear for the rigorous festive schedule (Christmas eve tea, Christmas eve dinner, Christmas day breakfast, Christmas day church service and on and on).

When Maggie is suddenly whisked away on other business and replaced with a brusque school marm-ish alternative, Diana is thrown into an even deeper state of distress than that she’s already experiencing. Ultimately, it is a slightly bizarre declaration of love from Maggie on a Norfolk beach on Boxing Day, after she’s returned from her sudden banishment, which gives Diana the confidence to take matters into her own hands.

Anyone without an intimate knowledge of the Royal family might come away from Spencer believing that Maggie was a key player in Diana’s evolution from trapped Princess to empowered divorcée, but the truth, as always, is more nuanced.

Like all royal women, Diana would certainly have had a lady’s maid at her disposal at any palace where she was in residence – and she would have had those she trusted and those she didn’t. Even if there was no specific “Maggie”, these are people with access to the inner sanctum of royal life, likely seeing royals in a state of undress more often than their spouses.

“The relationship between royals and their dressers is incredibly intimate,” says royal author Anna Pasternak. “There is this bond of trust between them which is not just about clothes, it’s so much more.”

Characters like Paul Burrell, who began working for Charles and Diana at Highgrove in 1987 and was one of the very few members of staff to stay with the Princess after her divorce, have come to epitomise that unique relationship between royals and their servants. As Pasternak puts it, “these are the people pressing tissue into their silk smalls” – although in Burrell’s case, the media profile he has built for himself with proclamations that Diana called him “the only man she ever trusted” arguably betrays the expectation of loyalty.

One woman who has been credited as both a stylist and confidante of the late Princess of Wales is Anna Harvey, a Vogue editor who was assigned to help Diana with her wardrobe soon after her engagement. “It was a great mark of trust to confide in me so soon,” Harvey told me in 2017 (she died in 2018). “Diana and I went on to work together for 16 years.”

Harvey’s memories echo some of the dilemmas faced by Maggie in Spencer: “‘We’re going to Balmoral and we have to dress for tea,’ Diana would say, and then we’d have to guess about the style of dress she should wear and find lots of options.” She was also witness to intimate moments between the Prince and Princess of Wales: “Once, she put on a beautiful black velvet dress with a grey taffeta skirt. ‘Would you mind if I call in my husband to have a look?’ she said. Prince Charles came in, and stood there quite bemused, seeing her in this extraordinary dress and me on the floor pinning the skirt.”

But Harvey was always careful to stick to details about clothing, rather than discussing the crisis in the royal marriage or Diana’s state of mind, even though she must have borne witness to plenty of behind-closed-doors episodes.

For a traditional lady’s maid or dresser, duties can be as minor as sewing on a button or as monumental as being the only trusted ear in a time of crisis – just think of all those soul-baring conversations Downton Abbey’s Countesses and Ladies had with their servants as they pinned up their hair before dinner. Janette Huskie, a former palace servant, has recalled dressing Diana at Balmoral. “She was very young and very lovely,” she remembered, adding that Diana sought her reassurance, asking “Do I look OK?” before going down for dinner. Pasternak emphasises that a dresser can “never be a social friend, there is this peculiar mix of intimacy and deference”.

She points to Angela Kelly, the Queen’s senior dresser as the ultimate modern example of the dresser with “tremendous power”. “She has gone from being the woman who wears in the Queen’s shoes and curates her wardrobe to the person who sits watching TV with Her Majesty after her husband has died.” Kelly has been nicknamed AK47 thanks to her formidable reputation within the Royal household as a gatekeeper to the Queen. “She has an indispensable place within the hierarchy,” says Pasternak.

Then there is the Duchess of Cambridge’s equivalent, Natasha Archer. Married to Getty’s royal photographer Chris Jackson, she was one of the first visitors to the Lindo Wing after Prince George’s birth in 2013.

A dresser’s influence should never be underestimated. More than someone who just does up zips and steams evening gowns, Spencer suggests that these are the people with the potential to cause a constitutional crisis. All it takes is a carefully placed word in the ear of a vulnerable princess.