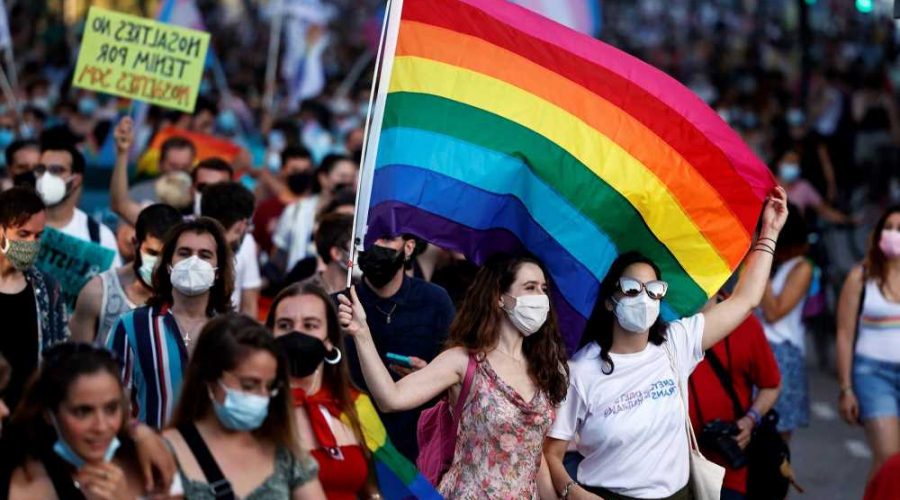 Another epic goalie blunder at Euro 2020

MADRID, June 29 – The Spanish government on Tuesday approved the draft of a bill to allow anyone over the age of 14 to change gender legally without a medical diagnosis or hormone therapy, the Equality Ministry said.

The draft bill, which will go to a public hearing before another reading in the cabinet and a vote in the lower house of parliament, removes the requirement for two years of hormone therapy and a psychological assessment to switch gender in official records.

“This is an historic day after more than 15 years without any legislative progress,” Equality Minister Irene Montero told a news conference.

“We send a strong message for the protection of LGBTI people,” she said, referring to the lesbian, gay, bisexual, transgender and intersex community.

The “self-ID” draft bill sets age limits, with 14- to 16-year-olds needing parental approval, after parliament’s rejection in May of a proposal from a group of political parties to give children total freedom to legal gender recognition.

Activists and families of transgender children say the draft bill does not go far enough, while some feminist associations oppose it.

It puts Spain at the center of Europe’s debate about the rights of LGBT people. European Union leaders last week confronted Hungary’s prime minister over its new anti-LGBT law.

With the draft bill, which also bans LGBT conversion therapies, Spain is set to join two dozen countries aiming to decouple gender choice from medical procedures and would become the largest European country to introduce self-identification.

If approved, trans people will be able to declare their gender by filling in a form at a registry office and then confirming the decision three months later.

The draft bill is part of a political agreement signed between Spain’s Socialist Party (PSOE) and its left-wing junior coalition partner Unidas Podemos. The deal has taken months of negotiations due to the conflicting positions of the two governing parties.

Saida Garcia of the Euforia non-governmental organization, which supports transgender children, said the bill failed to accommodate people aged 12 and 13, who require court approval for the process, and younger children who are excluded.

“It’s not true self-determination if there are age limits,” she said, adding there was also no provision for non-binary people, who do not identify as male or female, or non-Spanish residents.

Aida Chacon Martinez, the mother of a non-binary teenager, said: “Waiting until you’re 14 to be recognized for who you are is very hard.”

A collective of about 50 feminist groups said it opposed the bill. “These legal reforms are regressive and it is essential to stop them in order not to lose the protection of the specific rights against gender-based oppression,” said the Confluencia Feminista federation in a statement.