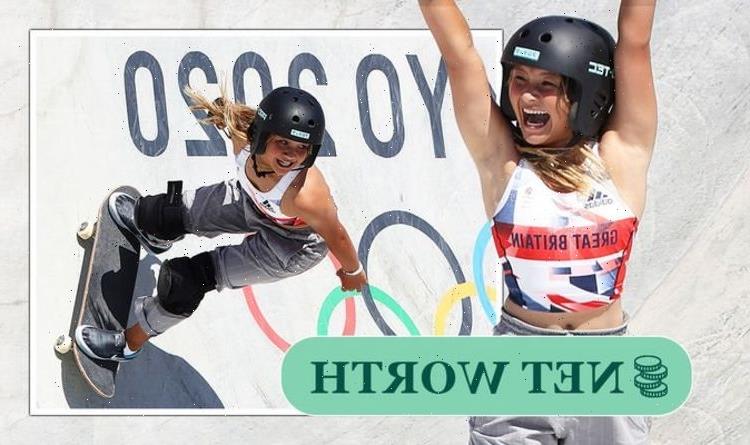 Sky Brown, 13, is Britain’s youngest ever athlete and the one that has got Britain its first-ever skateboarding medal. The teenager also has an impressive fortune.

Sky Brown was born in Japan and currently lives in California, the United States.

However, her father, also a skateboarder, is from Cornwall.

Today, the young athlete won a bronze medal in the Tokyo Olympics.

“It was a super sick final. All the girls were ripping it, it was insane. I’m so stoked. I can’t believe it, it’s unbelievable. The medal feels unreal, it’s like a dream. I can’t wait to show the medal to my family and friends,” she said.

Now, Sky Brown is worth an estimated £3.5million.

But how did she make so much money?

Sky signed a £4 million deal with Nike earlier this year, becoming the youngest Nike-sponsored athlete in the world.

The teenager also has over 1 million followers on Instagram and Youtube, which contribute to her fortune through social media advertising.

Last year, Sky released her own Barbie doll, which looked just like the young skateboarder.

The athlete also won the US TV talent show ‘Dancing With The Stars: Juniors’ in 2018, which also contributed to her fame.

After becoming Britain’s youngest Olympic medallist, it is expected she will be offered up to £2 million in new endorsements, such as TV adverts and shows, this year.

She is expected to work with brands like Tommy Hilfiger, Vans, Hurley or Billabong.

Sky could have represented either Japan or Britain in the Olympics.

“The British Skateboarding Association, they told me ‘No pressure, just have fun and get out there’. So that’s why I chose England. My parents thought it would be too much pressure, so we weren’t going to do it. But I begged and begged,” she explained.

Brown, who is also a professional surfer, currently lives in San Diego but spends half of the year in Japan, where she was born

Today, she has won a bronze medal at the Tokyo Olympics while she was still recovering from a terrible accident she suffered just 18 months ago.

Sky flew off her skateboard fracturing her skull and breaking her hand and wrist.

“Sky’s had the gnarliest fall she’s ever had and is lucky to be alive. When she first came to hospital, everyone was fearful for her life,” he dad said at the time.