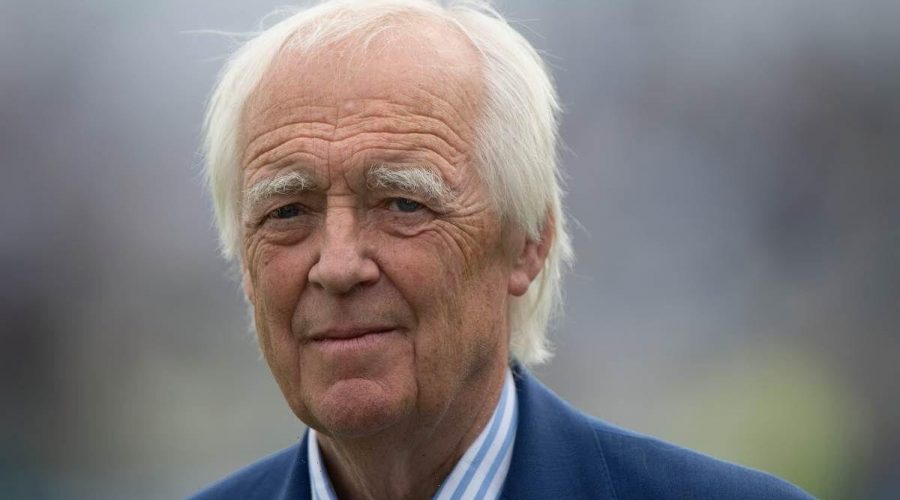 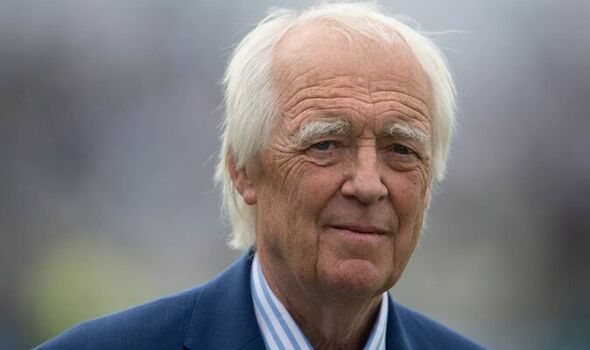 Rice’s former long-time collaborator – and sometime sparring partner – Andrew Lloyd Webber mischievously began referring to it as From Here To December. In the event, the wartime musical ran for six months before closing – cruelly dismissed as From Here To Obscurity by at least one headline writer

In fairness, the West End has always been a brutal place for musical theatre. But given his fondness for the show, Tim was a pushover when an American director Brett Smock got in touch asking if he could put together a new production in his theatre in upstate New York. It went well and then he put it on again in Maine the following year.

Brett next suggested a London revival. “And with young producer Katy Lipson on board,” says Tim, “that’s exactly what we’ve done.”

This time round, though, they’ve swapped the barn-like Shaftesbury Theatre for the more intimate Charing Cross Theatre, much better suited to what is essentially a chamber piece. But will he invite Andrew Lloyd Webber to the first night?

“He’d be very welcome,” says Tim and clearly means it. For 15 years the two musical geniuses were the West End’s A-Team.

The names Tim Rice and Andrew Lloyd Webber went together like Rodgers and Hammerstein or Lennon and McCartney. They combined brilliantly to create smash hit stage musicals including Joseph And The Amazing Technicolor Dreamcoat, Jesus Christ Superstar and Evita, and later worked together on The Wizard Of Oz musical.

But then, though they both continued to enjoy spectacular successes – Tim won an Oscar with Sir Elton John for The Lion King – their partnership seemed to dry up.

Persistent rumours of a rift were not helped when the lyricist said in 2012 they were “not relevant as a team any more”.

So how would he characterise their relationship these days? One of friendly rivalry?

“Oh no, we’re not rivals because we do different things,” smiles Tim. “I write better words than he does and he writes much better music than I do.”

So, are they still in contact? “Absolutely. I spoke to him this very morning. Our show, The Wizard Of Oz, is about to re-open in Leicester.”

The pair originally wrote four or five songs (to complement the numbers featured in the film) when it opened in 2011.

“We’re currently discussing whether one of them should be changed,” Tim continues. “In fact, we’re soon going to Leicester together to see the show.”

Can he ever imagine the two collaborating again on a new venture?

“Yes, if the right idea came along at the right time.” And he doesn’t miss a beat.

So, why is there the public perception of Andrew and Tim being somehow at perpetual loggerheads? “You’re to blame!” he chuckles.

“Obviously not you personally, Richard, but the press seems to delight in beating up a story that doesn’t really exist.” So there you have it!

In less than a fortnight, Tim will celebrate his 78th birthday. He’s one of the most successful lyricists in the history of musical theatre.

If the Sunday Times Rich List got it right in 2020, he’s worth around £155million. He hardly needs help with his heating bills.

So what motivates him? Does he sometimes feel he no longer has the appetite for getting involved in a new project?

“Sometimes, yes. But this one [From Here To Eternity] has really quickened my pulse. I’ve always had a soft spot for it.”

Composer Stuart Brayson first suggested a musical based on James Jones’s 1951 novel about the lives and loves of American GIs stationed in Hawaii just before the Japanese attack on Pearl Harbor, later made into an Oscar-winning film starring Burt Lancaster and Deborah Kerr.

“I went for it immediately because it’s a cracking story which, in my opinion, is the basis of all good musicals.”

It took two years and £25,000 but Tim duly secured the rights from Jones’s daughter, Kaylie. His show had four main characters, one of them, platoon sergeant Milt Warden, was played by Darius Campbell, alumnus of former TV reality show Pop Idol.

“He was very good,” says Tim. “He sang well, he acted well. He was a handsome man with just the right degree of swagger. He suited the role although, funnily enough, I thought he was even better opposite Sheridan Smith in the revival of Funny Girl.”

Off-stage, Tim found Darius, he says, a slightly more enigmatic figure. “He was an intelligent chap and friendly enough although sometimes a bit distant. He was something of a loner. I felt I never quite got to know him as much as I would have liked.”

Nonetheless, it was a real shock, he says, when news came through at the beginning of August that Darius had been found dead in bed, aged just 41, in an apartment block in Minneapolis, the victim of an accidental inhalation of chloroethane.

“I hadn’t seen him for a while. I didn’t even know he was living in America. But I couldn’t believe it. It was terrible news, awful, and so young.”

For this new version of From Here To Eternity, the script – or the book, as it’s called in the theatre – has been reworked by Bill Oakes and one Donald Rice, Tim’s son by his first, indeed only, marriage.

“He helped polish the book and a very good job he did, too,” Tim says. “For my part, I’ve added a couple of new songs and cut another one or two. I hope we’ve made it stronger. If you like your musicals soft and fluffy, this show is not for you. We have nothing to offer but danger, betrayal, heartbreak, hope, blood, sweat and tears!”

He smiles: “I know I would say this but this production promises to be the best version yet. I’ve never lost my faith in the piece.”

Which brings us neatly on to Chess, another Tim Rice vehicle, this time in collaboration with Benny and Bjorn from Abba. The story revolves around a politically driven, Cold War-era chess tournament between two grandmasters, one American, the other Soviet, and their fight over a woman who manages one and falls in love with the other.

It opened in the West End in 1986 and ran for three years. Its most famous number, I Know Him So Well, sung by Elaine Paige and Barbara Dickson, spent four weeks at Number One, the biggest-selling female duet in chart history.

The show was revived in a semi-staged version at London’s Coliseum in 2018 and, over the years, there have been various productions around the world. “As a matter of fact,” says Tim, “there’s been one running in Russia.”

How did he feel about that? “It had been on for about a year and then Putin’s army marched into Ukraine. My immediate instinct was that we should take the show off. But, on the day of the illegal invasion, the director and the producer, supported by the cast, were determined to keep going. There wasn’t much I could do other than to say that I wouldn’t take any money directly from the production anymore.

“In fact, I asked for our slice of the profits to be placed in a separate account. The production has finally closed and now I have to decide what to do with the money.”

He won’t reveal the size of the cumulative sum involved. “Actually, I genuinely don’t know how much it is.” But he agrees that it must now run into tens of thousands of pounds. “I haven’t chosen which charity will be the beneficiary. But I can absolutely guarantee it will be a Ukrainian good cause.”

All this professional success hasn’t always been matched by a smooth-running personal life. His marriage to Jane McIntosh in 1974, by whom he has a daughter, Eva, 47, and son Donald, 45, began unravelling in the late 80s when Tim’s affair – it lasted more than a decade – with Elaine Paige, his leading lady as Evita, became public knowledge.

Technically, Tim and Jane remain married as their divorce has never been made absolute.

He also has a daughter, Zoe, 22, from his relationship with artist Nell Sully, and another daughter, Charlotte, now six, from his brief affair with playwright and art historian, Laura-Jane Foley, which had already hit the buffers before their baby was born.

It has been made crystal clear in advance of our interview that any attempt to winkle comment from Rice on this romantic roller coaster will make a Trappist monk look chatty by comparison. But his face breaks into involuntary wreaths of smiles at the mention of his seven grandchildren, the offspring of Eva and Donald.

Any unfulfilled professional ambitions? “Not really, other than opening the batting for England.” (Cricket has been a lifelong passion.) Seriously, is he a man for regrets?

“No, I regard myself as having been very lucky. And fortunate, of course, still to be around.” An easy smile. “To be honest, what possible reason could I have to be unhappy?”