Simone Biles’ much-awaited return to competition at the Tokyo Olympics Tuesday wasn’t quite a fairy-tale ending. But the highly decorated U.S. gymnast still pulled out a hard-fought bronze medal on the balance beam.

Biles, looking confident, had just minor flaws in her routine and then delivered a resounding double-pike dismount. She got hugs from the other competitors, and she jumped up and down. 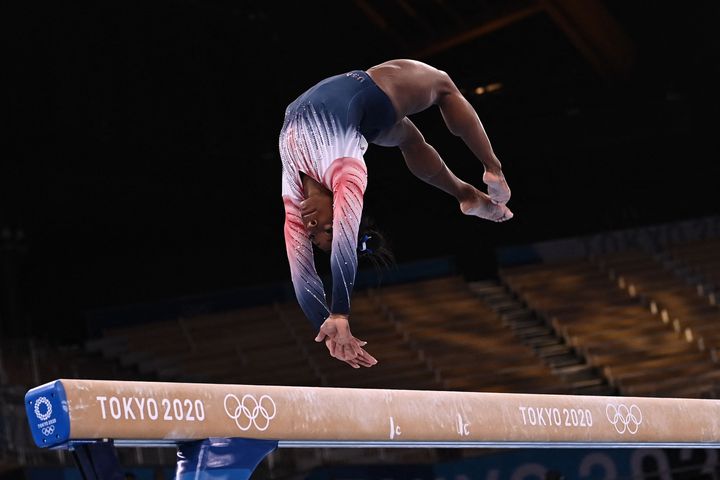 Reports from Monday noted that Biles looked solid in practice and was smiling.

That same Biles appeared Tuesday when it counted.

She tied Shannon Miller as the most decorated U.S. gymnast, with seven medals in her Olympic career. (But she has two more golds than Miller.) 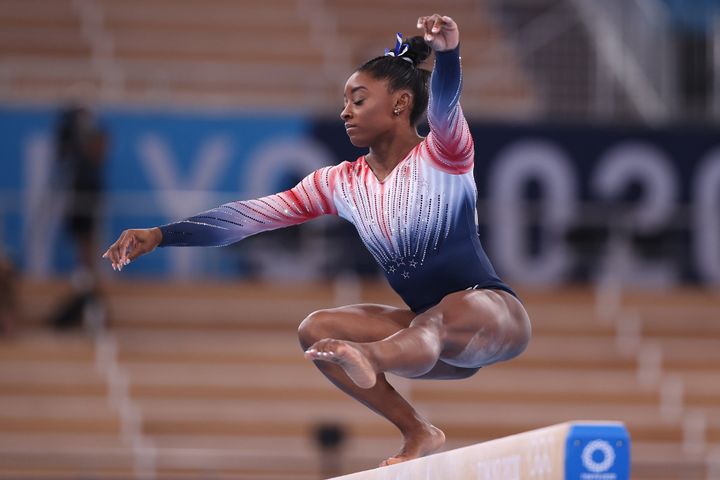 Teammate Sunisa Lee, who supplanted Biles as the all-around champion, nearly fell after a difficult sequence and finished fifth. 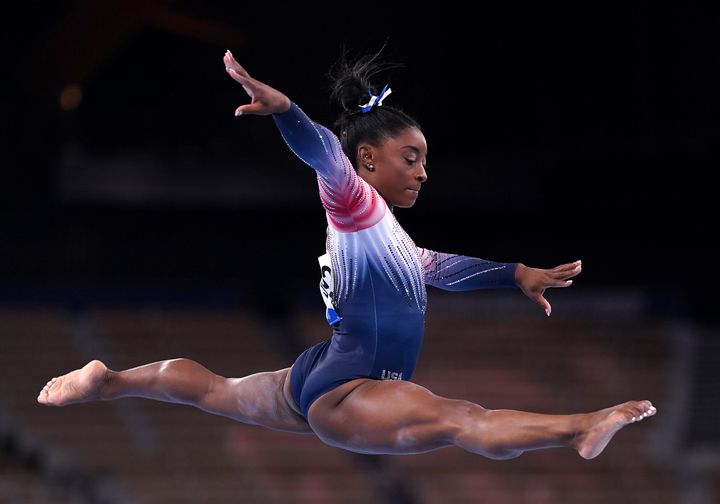 Biles took an unexpected route to what turned out to be her lone individual event.

She dropped out of the team competition after an awkward vault, citing concerns over her mental health. The team captured a silver medal in her absence.

She then withdrew from the all-around, and Lee won the coveted title previously held by her famous teammate.

Noting that she was still getting lost in the air during acrobatic moves, Biles pulled out of three of the four individual events. Americans responded with medal-winning performances. MyKayla Skinner, her replacement in the vault, took silver; Lee grabbed bronze in the uneven bars; and Jade Carey delivered with a gold in the floor exercise. 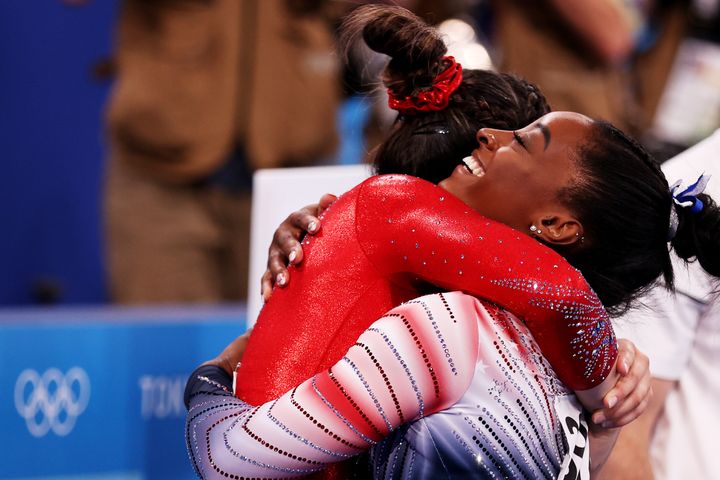 Biles’ frankness about her emotional well-being and her disorientation ― called the “twisties” ― opened dialogue about the pressure of elite sports. She had to defend herself against critics who say she quit.

USA Gymnastics on Monday announced her return to competition at the games with exclamation points.

Biles won bronze on the beam in the 2016 Olympics ― her only non-gold among five medals ― but she was the 2019 world champion. Lee, who has won gold (all-round), silver (team) and bronze (uneven bars) at these Olympics, conceded earlier that the beam was not exactly her favorite event.

After her somewhat disappointing third place in her best event, the uneven bars, Lee said, “I just wish the bronze medal was on beam or something.”