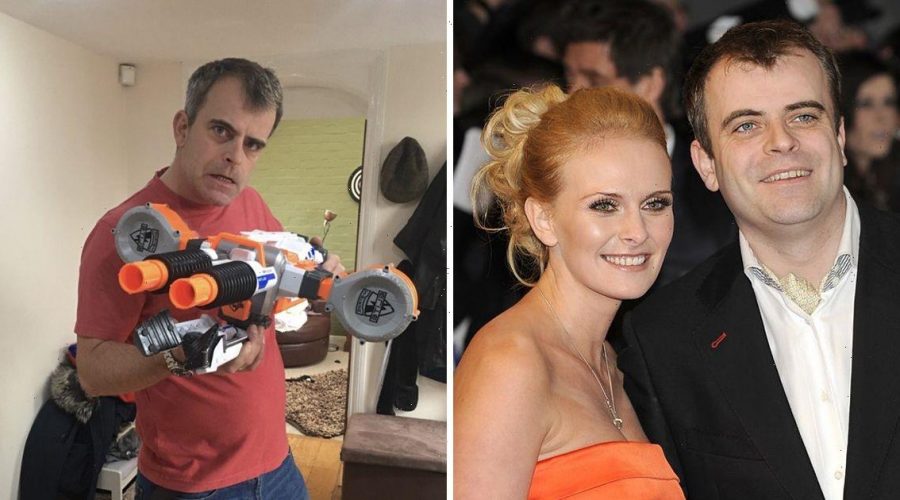 Coronation Street star Simon Gregson has been a staple character in the famed soap since 1989 and he’s received a large array of awards as a result, including one in 2005 for Best Actor.

The 47 year old, who contracted coronavirus but has since overcome it, married his wife Emma Gleave in 2010 and the pair share three adorable sons, Henry, four, Alfie, 12, and Harry, 10, together.

And when Simon isn’t playing the part of Steve McDonald on the cobbles, he’s spending time with his gorgeous family at their home near Wilmslow in Cheshire.

The star, who detailed his coronavirus symptoms as “bl**dy awful” recently, occasionally shares snaps of his home life on Twitter, giving fans a look at his wholesome family life.

He's since swapped his cosy abode for a Welsh castle onI'm A Celebrity… Get Me Out Of Here!

Giving his thousands of Twitter followers a peek at his home life, the star shared a snap of his sons doing the washing up in their rustic kitchen, with the hilarious caption: “Is this a strange dream.”

Simon, who refers to his wife as "naughty @emmagleave" in his Twitter bio, is also fond of sharing pictures of his adorable dogs, lounging about in the cosiest of spots, from chilling in the bed to hanging out sofa side.

As well, we’ve seen that Simon is clearly a dab hand at rustling up a BBQ in sunnier climes, with the dad-of-three having shared a snap of himself getting the food prepared, with his gorgeous red brick home in view in the background back in 2018.

The playful dad is also fond of sharing sweet photos of his brood on Twitter, much to the joy of his fans.

The Steve McDonald actor updated fans on his health condition back in April after contracting coronavirus.

The star told his Twitter followers at the time that he had finally been able to get out of bed after contracting the deadly virus.

In a tweet, the 47 year old wrote: “1st day out of bed today starting to feel a little better after contracting the virus,my main symptom was gastric and still is bloody awful but lucky to not have respiratory. Stay safe everyone x.”

His followers sent him messages off support as one person wrote: "Stay safe and look after yourself. Pleased to hear you are feeling a little better."

Another said: "Wishing you a full and speedy recovery, sir." and: "Get well and stay strong."

It was reported tat Simon had gone into self-isolation before Coronation Street officially shut down filming.

For more Simon news and I'm A Celebrity updates, sign up to OK!'s daily newsletter here