It was to be the first production of "a bold new musical" outside Broadway in New York and the West End in London.

But barely had tickets for American Psycho The Musical gone on sale last year when a licensing glitch forced the producer to cancel a season at Sydney's Hayes Theatre. 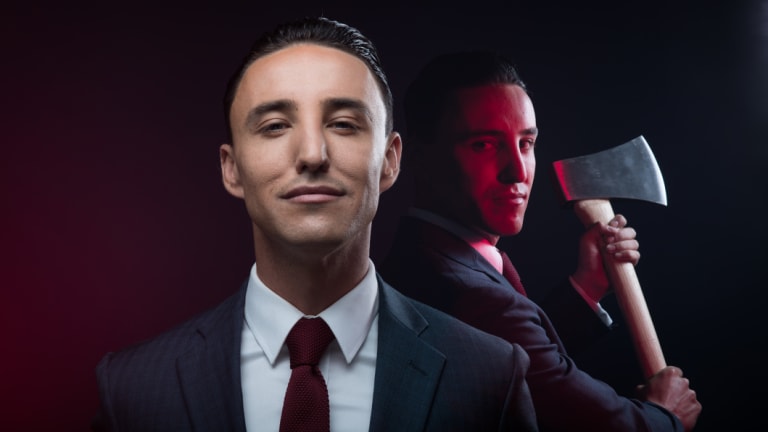 A year on, the latest adaptation of a 1991 novel that was eerily prescient about the rise of Donald Trump, Bret Easton Ellis' American Psycho, has been resurrected for a season at the theatre next May.

Ben Gerrard, best known for playing Ian Meldrum's transgender flatmate in the mini-series Molly and Linus in a stage production of You're A Good Man Charlie Brown, will take on the character that Christian Bale famously played in a movie adaptation in 2000.

That larger-than-life role is Patrick Bateman, a handsome investment banker with a psychopathic dark side during the Wall Street boom of the late 1980s, in a musical that features hit songs from the era by Phil Collins, Tears for Fears, New Order and Huey Lewis and the News.

"He has these horrible violent fantasies that may or may not turn into violent tendencies," Gerrard says. "We realise that what looks so good and what we all aspire to be can actually – underneath – be monstrous."

Gerrard sees the novel as startling accurate about the rise of Trump, with Bateman constantly expressing his admiration for the future US president. His favourite book is Trump's The Art of the Deal.

"He hero-worships Donald Trump on almost every page," Gerrard says. "In the late 1980s, Trump was running casinos and building Trump Tower and flying around in a helicopter and representing everything the Wall Street elite culture wanted to be.

"It's incredibly prescient of the book to hold up this symbol of superficial greed and horror and for that person to become the leader of the free world." 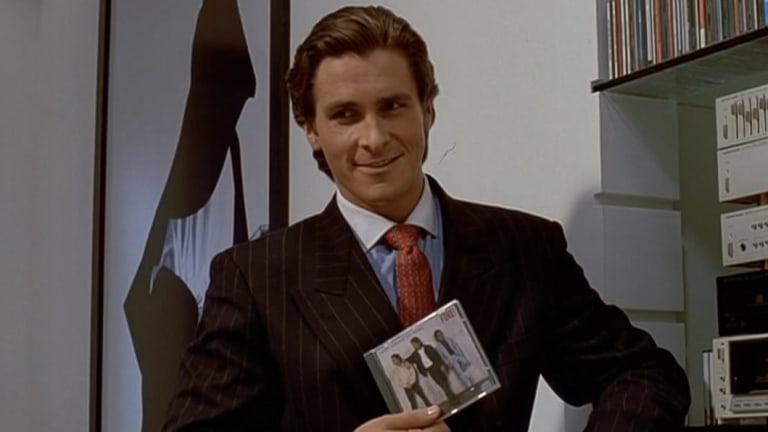 Gerrard promises the musical, directed by Alexander Berlage, will be funny.

"When you mix pop music with a scathing critique of disgusting people, you're left with a pretty cool recipe for a musical," he says.

When the show was originally announced, production company BB-Arts had an agreement with the musical's writers, Roberto Aguirre-Sacasa and Duncan Sheik, for an Australian season.

But that agreement was superseded when publisher Samuel French took over as licensee, forcing the axing of a show about an apparent axe-murderer.

The managing director of BB-Arts, Bradley Barrack, says the problem was simple to resolve once the two parties reached agreement in the US. And despite the delay, it will still be the musical's first international production.

Barrack hopes to tour the musical around the country after the Sydney season.

In the months before opening night, Gerrard sees no need to learn about investment banking.

"I would if that's what Patrick Bateman actually did," he says. "But I think that in the entire book, he puts about three files into a drawer. The rest is shopping and eating and killing."