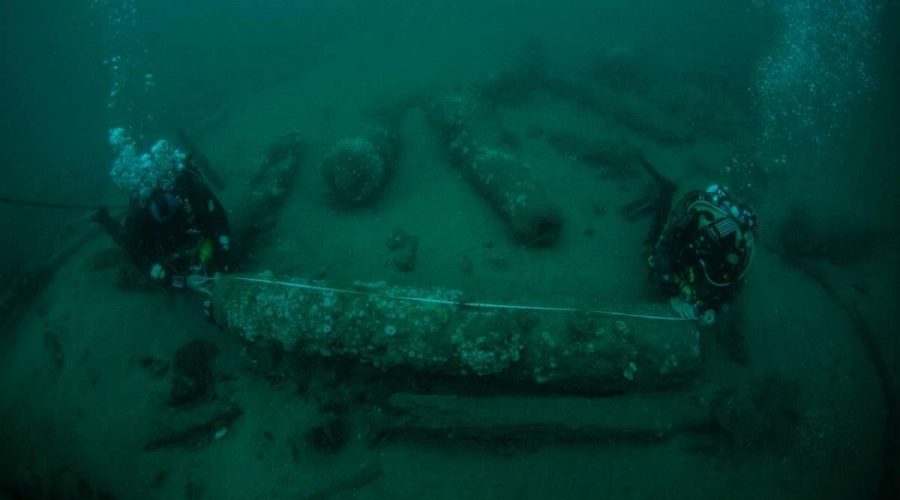 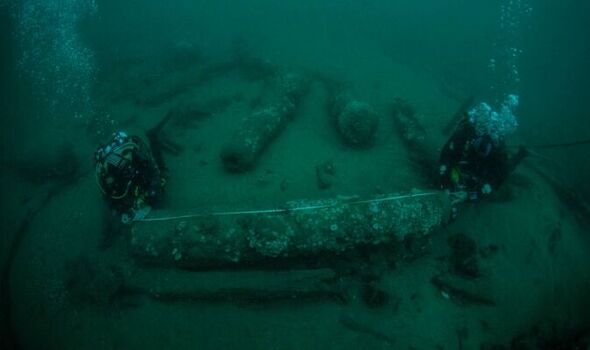 The 50-gun frigate Gloucester sank after hitting a sandbank off Norfolk on May 6 1682 – some 200 crew and courtiers drowned but James Stuart, heading back to Scotland from exile, was saved.

The wreck near Great Yarmouth was found by diver brothers Lincoln and Julian Barnwell after a four-year search.

Lincoln said: “We were starting to believe that we were not going to find her. The first thing I spotted were large cannon laying on white sand.”

Much of the ship remains in 10ft of sand but artefacts saved since the 2007 find include clothes, shoes and bottles.

Diarist Samuel Pepys saw the sinking from another ship, describing it as “harrowing”.

Julian Barnwell said: “There is still a huge amount of knowledge to be gained from the wreck.”

Lord Dannatt, a Norfolk Deputy Lord-Lieutenant, said: “Julian and Lincoln have touched history… history that could have changed the course of this nation.”

An exhibition from next February at Norwich Castle Museum and Art Gallery will include the ship’s bell.

Prof Claire Jowitt, historian and co-curator, said it was the “most significant historic maritime discovery since the raising of [Henry VIII’s] Mary Rose” in 1982.