Until Melbourne's Lynn Savery tearfully accepted the $150,000 Doug Moran National Portrait Prize for 2018 she had never regarded herself as a proper artist, and had thought herself merely fortunate enough to be named one of the 30 finalists.

Savery's self-portrait shows her sitting purposively, legs open wide, her bulldog Clementine at her feet, a painting described by judge Louise Hearman as one that was full of invention, sophisticated colour and ''defiant SPLAT in your face appeal''. 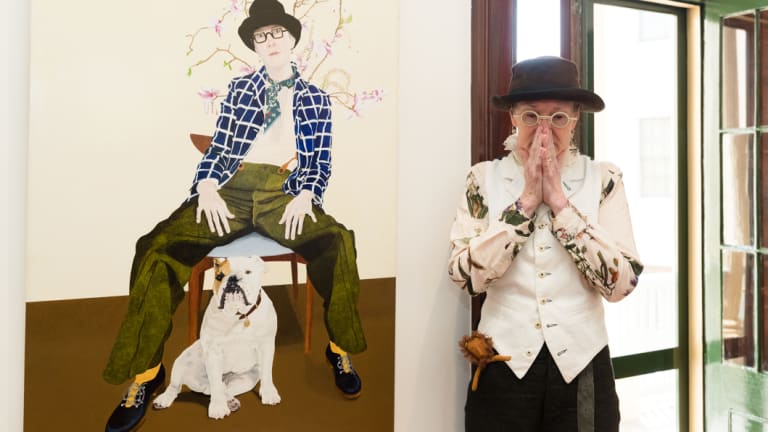 ''It says here I am,'' Hearman said. ''It doesn't ask you to like it necessarily but I think a lot of people do.''

Savery had only picked up a brush after experiencing an ''annus horribilis'' year in which her father had sickened, dying in February this year on her birthday, her husband underwent aggressive chemotherapy treatment for stage 5 cancer, her mother in law had been diagnosed with Parkinson's disease and she had developed anxiety arising from treatment for depression.

She had even called her husband, now in remission for six months, the night before the award having second thoughts about attending the morning's announcement. A toy lion in her pocket honoured his courage.

Of the prize, Savery shakes her head in disbelief: ''Tim Sorrier was chosen last year. To think I've been chosen after him by Louise Hearman is unbelievable. I can go home now and call myself an artist. You know when you fill in those cards at the airport? Well, I didn't know what to put in because I don't know what I've been for the past year and a bit.''

In her teens Savery did a year of a painting degree at RMIT, dropped out, discovered the beauty of wood and ventured into furniture design before making belts for Country Road back in the late 80s with some friends, all the while dabbling in watercolours.

She enrolled in a part-time evening course with the Victorian College of Arts in 2016. ''It was a way back in on two levels, to the world and doing something that I had always wanted to do.'' 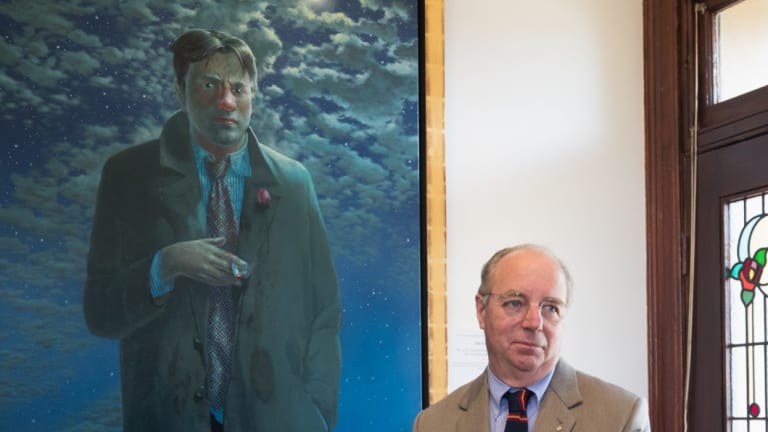 Other finalists of the prize, now in its 30th year, included Peter Churcher, son of the late Betty Churcher, who captured the ephemeral effect of water flowing over his own body. Vincent Fantauzzo created a monochromatic realistic portrait of wife Asher Keddy, titled This is not an act.

Hearman was impressed by Mica Pillemer's self-portrait of himself with a paint palette, squinting into harsh sunlight in his backyard in Melbourne's eastern suburbs.

Savery said she would put the prize money in the bank and hoped to travel to Paris, a place she had first visited as a 13-year-old.

An exhibition of past winners as well as this year's winner and finalists will run from tomorrow until December 16 at Juniper Hall in Paddington.