“Sex and the City” stars Cynthia Nixon, Kristin Davis, Kim Cattrall and more have all posted tributes to the late actor on social media — but fans have yet to see one from Parker, who played Garson’s character Stanford Blatch’s best friend, Carrie Bradshaw.

But when Chris Noth posted a photo of Garson and Parker in character on Instagram Wednesday, writing, “Willie❤️💔,” Parker let fans know why she hasn’t shared a message of her own yet.

Garson died Tuesday at age 57 after a battle with pancreatic cancer. His son, Nathen, whom he adopted in 2009, later wrote a heartbreaking post saying he was glad his dad “can be at peace now.”

“I love you so much papa. Rest In Peace and I’m so glad you got to share all your adventures with me and were able to accomplish so much. I’m so proud of you,” Nathen, 20, shared on Instagram. “I will always love you, but I think it’s time for you to go on an adventure of your own. You’ll always be with me. Love you more than you will ever know and I’m glad you can be at peace now. 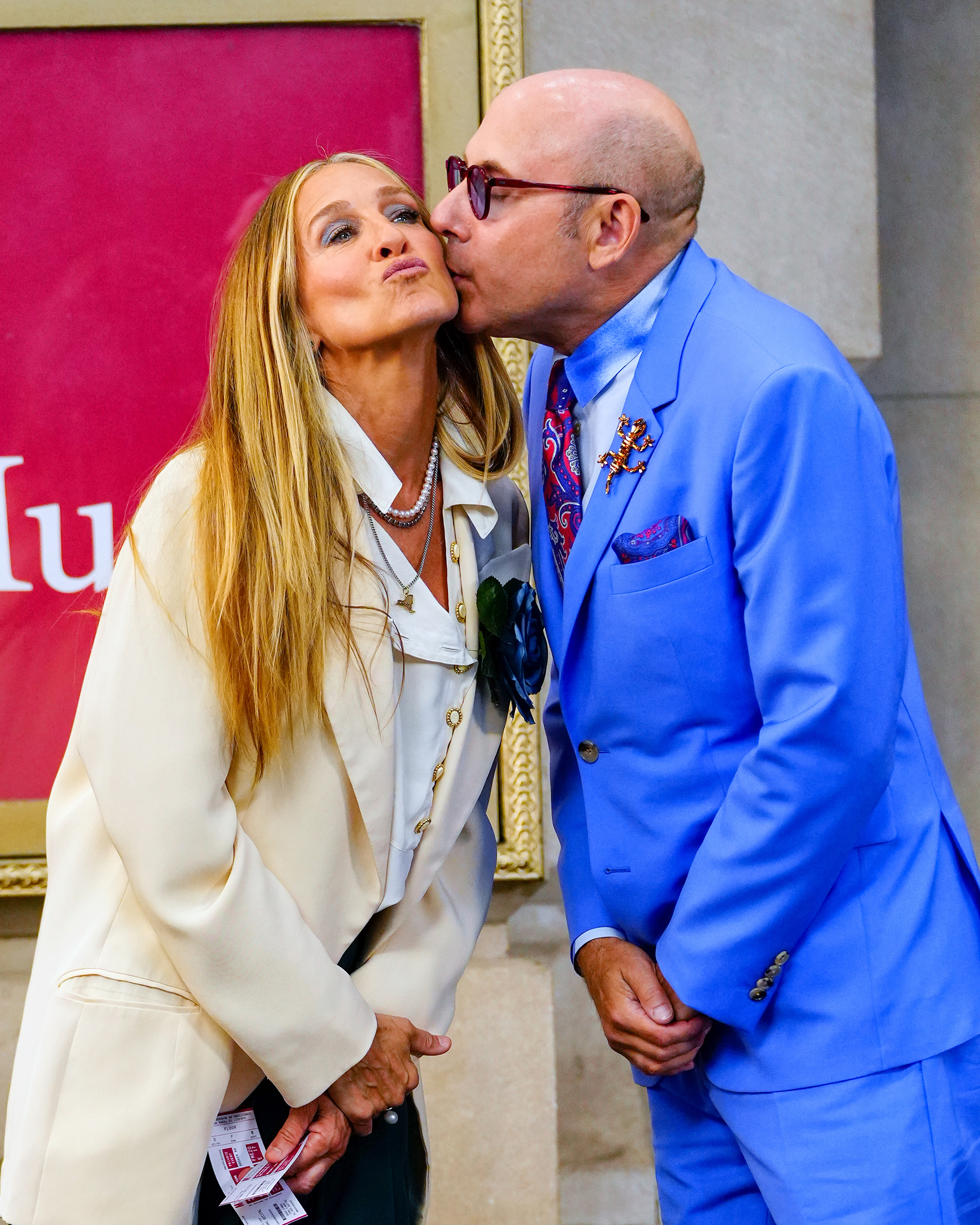 “You always were the toughest and funniest and smartest person I’ve known,” Garson’s son added. “I’m glad you shared your love with me. I’ll never forget it or lose it.”

The “White Collar” star told Page Six last year that being a father to Nathen was his favorite role.

“I had a long relationship off and on for like 20 years, and she never wanted to have a child, which is fine,” he told us. “And it was like my mid-life crisis. Like, I really wanted a child more than anything else. And I got one, and we’re partners, my kid and I.”