Mince pies fit for a queen! How royal chefs create the perfect pastries using NINETEEN ingredients, prepare the mincemeat months in advance and say it’s crucial to have ‘cold hands’

In a blog post shared on the royal family’s official website on Monday, Royal Pastry chef Kathryn Cuthbertson and Chef de Partie Victoria Scupham – who have 17 years’ experience between them – lifted the lid on their  tricks of the trade.

These include the importance of having ‘cold hands’ when preparing the pastry, adding a healthy dose of sherry and seasoning with orange zest – just a few of the 19 different ingredients that go into the mince pies. 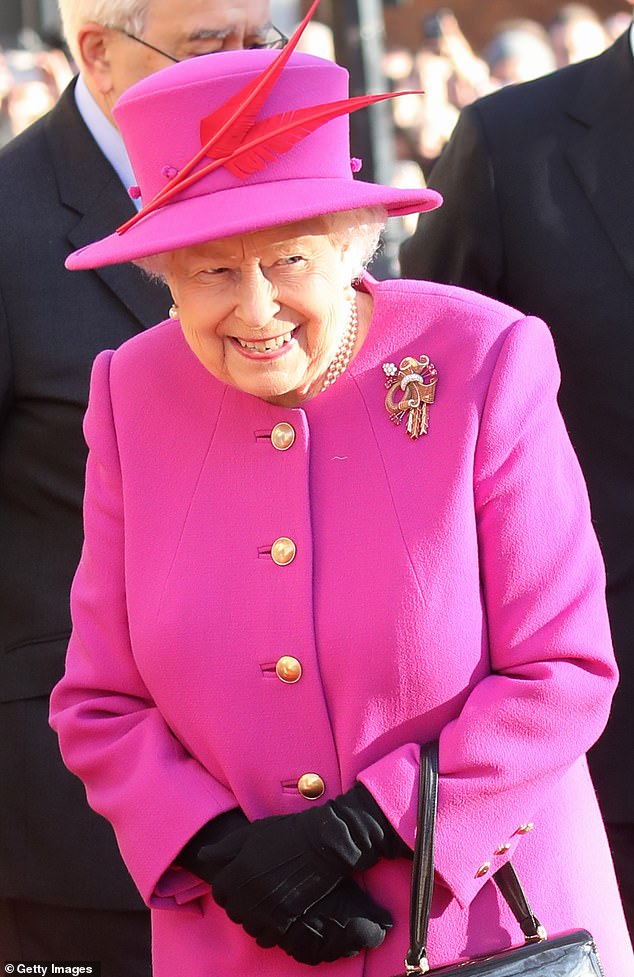 Guests of the Queen (pictured in London last week) will be treated to a dizzying array of festive treats when visiting the royal palaces over the festive season, including two different mince pies, sablés à la confiture and chocolate roulade, a new blog post reveals 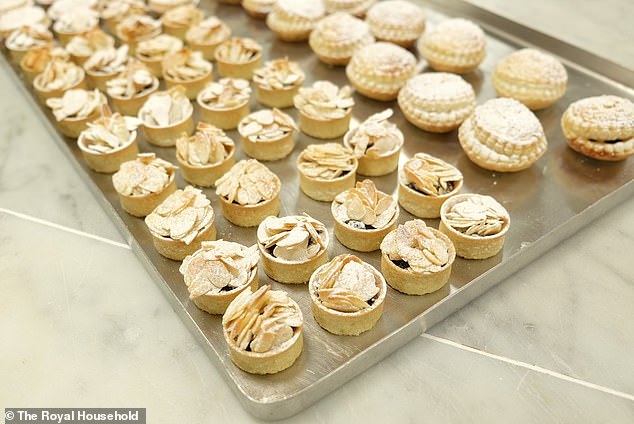 Fit for a queen! The Queen’s cooks prepare two different varieties of mince pies totalling 1,200 a year – one traditional with puff pastry (pictured right) and one slightly smaller pie topped with flaked almonds (left) according to a new blog post on the royal family’s official website

They also revealed the mincemeat is prepared ‘months in advance’ and stored in the pantry to give them a head start before the festive season gets underway.

While Cuthbertson’s top tip is to ‘give yourself plenty of time’, Scupham highlighted the importance of ensuring your pastry is the right consistency, adding: ‘Pastry is not something that likes to be rushed.’

Palace chefs regularly cater for charities and organisations with links to the royal family, and guests will be treated to iced gingerbread biscuits during one such event being held this week. 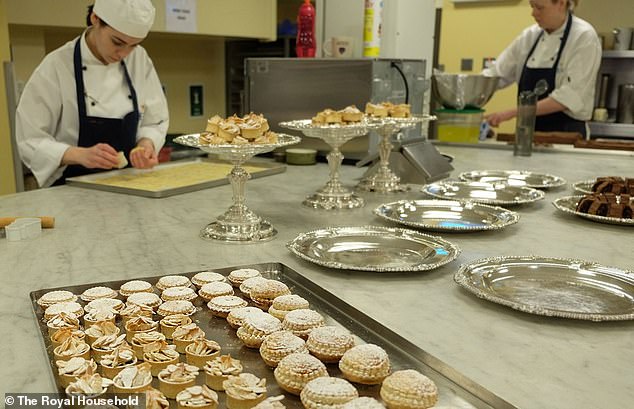 Pastry chefs hard at work in the royal palace kitchens. the mincemeat is prepared ‘months in advance’ and stored in the pantry to give them a head start before the festive season starts 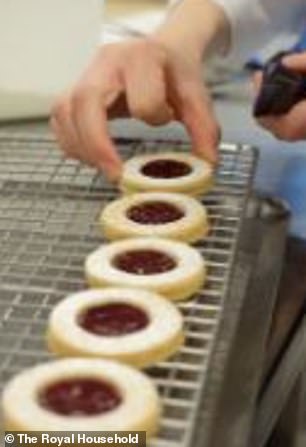 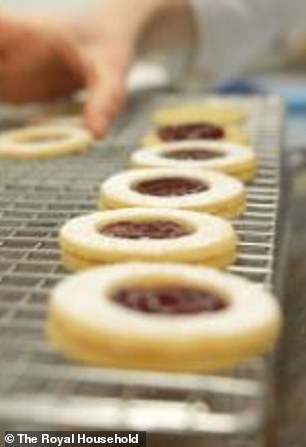 For visitors to the royal palaces, another festive favourite in the palace is sablés à la confiture (pictured) – better known as Jammy Dodgers – which are made with homemade jam 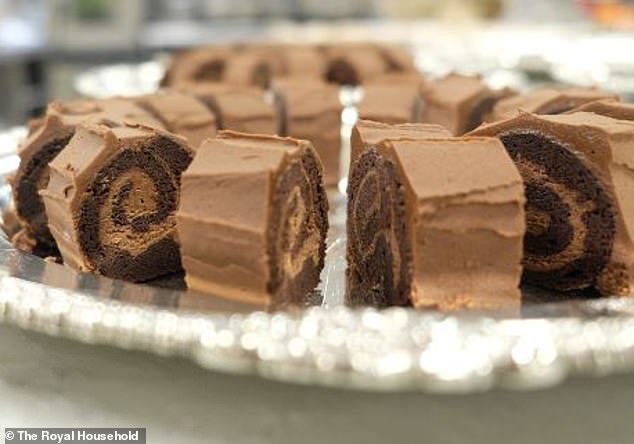 Palace guests can also feast on chocolate roulade, which is ‘cut up into slices and served to guests on silver platters’, according to the blog post (pictured)

Another festive favourite in the palace is sablés à la confiture – better known as Jammy Dodgers – which are made with homemade jam.

Lucky guests will also feast on chocolate roulade, which is ‘cut up into slices and served to guests on silver platters’, according to the blog post. 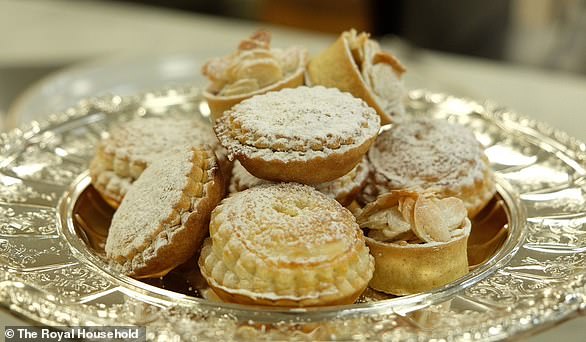 Mince pies on a silver platter after being prepared inside the royal palace kitchens. The Queen’s pastry chefs have this week provided a rare insight into Christmas preparations at Buckingham Palace – including two very elaborate mince pie recipes

zest and some juice of 1 unwaxed lemon

zest and some juice of 1 unwaxed orange

Egg washed for sticking lids on the bases

Granulated sugar for the top of the mince pies before baking

. Place all the dry ingredients into a large mixing bowl and stir. Then add all the liquid and grated apple and allow to soak for at least one week in a 1kg kilner jar sat in the fridge or pantry.

. Roll the sweet pastry into a sheet approximately 2 to 3 mm thick, place on a tray, and allow to rest in the fridge. Once rested, cut tops and bottoms for your mince pies using fluted or plain cutters (selecting sizes to fit your tin). Place the pie bases into the tin and prick them with a small knife or fork to prevent the pastry from rising during the baking.

. Spoon a teaspoon of the home-made mincemeat into the base and egg wash the edge of the pastry to enable the lids to stick. Place the mince pies in the fridge to rest for another 30 minutes, then add a pastry top to each, egg washing it and pricking a small hole in the top to allow the steam to escape. Sprinkle with granulated sugar.

. Place the baking tray on the middle shelf of the preheated oven and bake the pies for about 15 minutes, or until the pastry turns golden and the mincemeat starts to boil slightly. Remove from the oven and allow to cool slightly before taking the pies out of their tin.

. Sprinkle the mince pies with icing sugar and serve immediately. To add a festive feel, the mince pie tops could be shaped with a star cutter or perhaps a holly-shaped cutter.