A florist to the stars has slammed Boris Johnson for ‘abandoning’ the events industry during the Covid crisis – and says the Prime Minister deserves no help to provide lavish decorations for Downing Street this Christmas.

Simon Lycett, who did the floristry for Princess Eugenie’s 2018 wedding to Jack Brooksbank and is a judge on US competitive show Full Bloom, said the ‘multi-billion pound events industry has been totally forgotten’ by the UK Government.

Speaking to FEMAIL, Lycett revealed that his last event was a bar mitzvah on March 5 and he’s had no events work since as the pandemic has effectively killed off the industry, with ‘tens of thousands of flowers destroyed’ after much of Europe went into lockdown.

He said: ‘January, February and March are tough months for people in floristry and events anyway, it is going to be utterly, utterly horrendous in the months ahead.’ 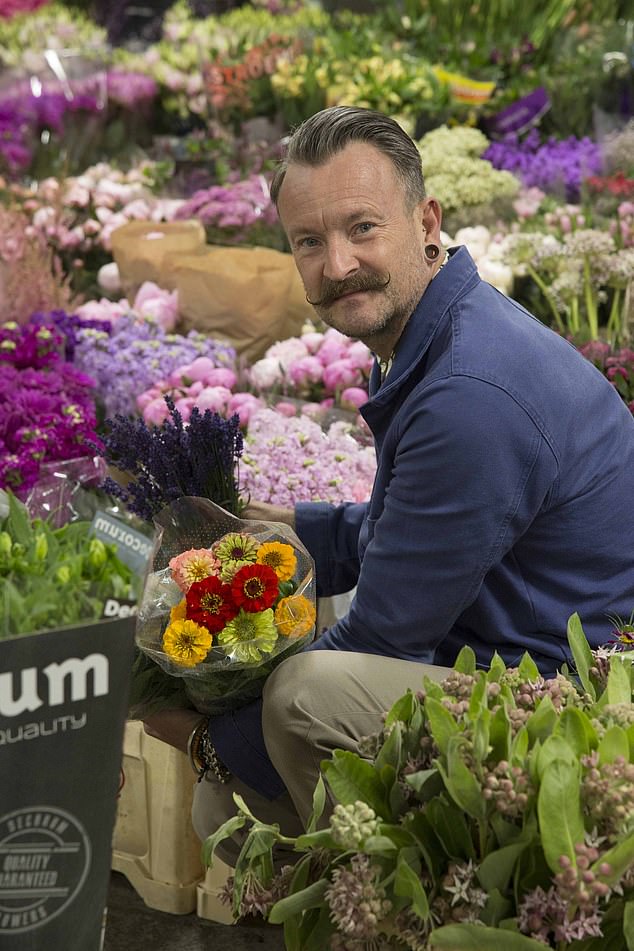 Celebrity florist Simon Lycett has slammed the government for its treatment of the events industry during the Covid crisis, saying it had been ‘totally forgotten’ 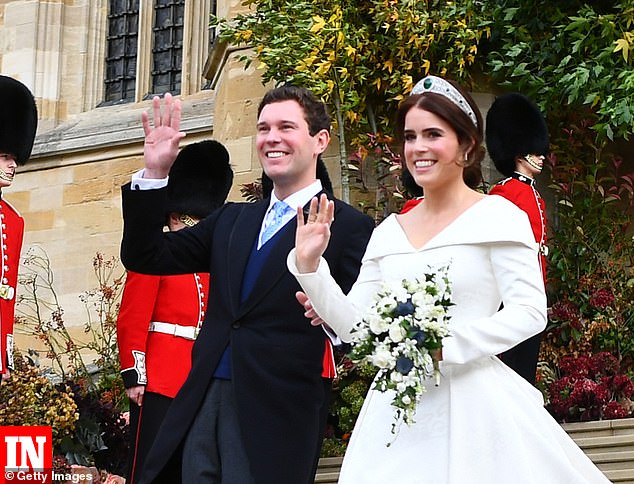 Lycett, who did the floristry for Princess Eugenie’s 2018 wedding to Jack Brooksbank and is a judge on US competitive show Full Bloom, said the ‘multi-billion pound events industry has been totally forgotten by the UK

‘A team of 14 staff who’ve stuck by me and helped me create a business for 20 years is now treading water, hoping we can survive and get ourselves to Easter.’

He added that his workshop under four Victorian railway arches in South London would usually ‘have up to 30 people working away and it’s now me and my dog and sometimes one or two other people.’

Wholesale florists and wholesale flower growers have been particularly hard hit. While London’s New Covent Garden Flower Market is open again, it’s currently operating at about 15 to 20 per cent of normal trade.

Lycett said: ‘The government doesn’t seem to be listening. It’s so short-sighted because the industry generates masses of tax revenue; we create work and employment and put money into the economy. 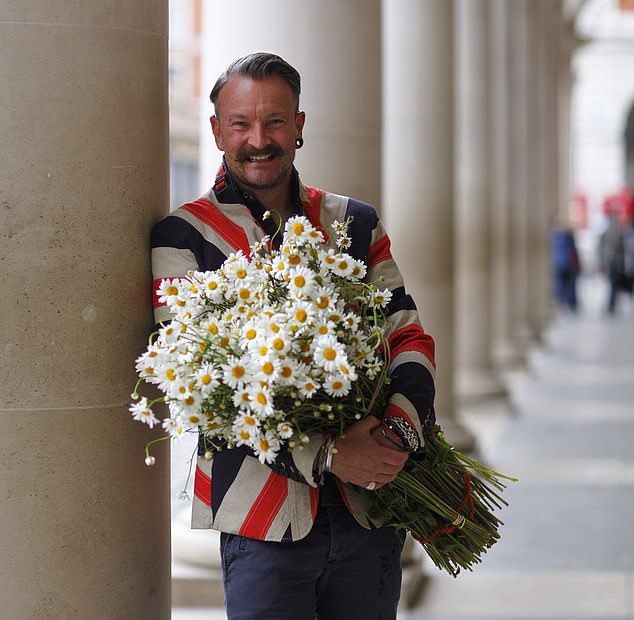 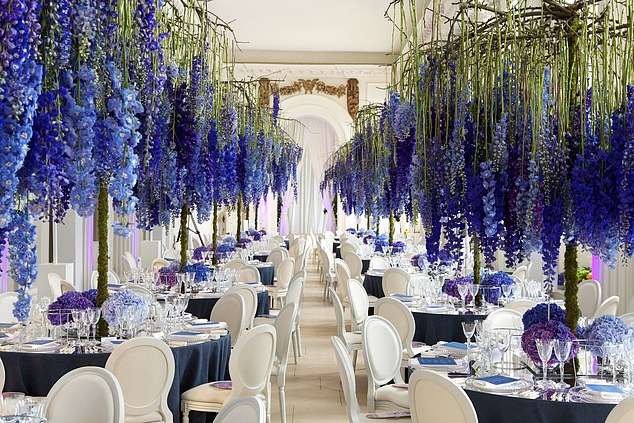 ‘Virtually nobody is paying any attention to the wedding and events industry where the venues, the production company, the caterers, the photographers, the florists plus all of the support people that work within it  generate billions of pounds of revenue each year.’

Lycett said the Prime Minster did not deserve help with decorating Downing Street this year, saying: ‘If any florist assists the Prime Minister with in his Christmas tree, I will be furious because he’s already said anyone who’s artistic and creative is invalid and not valued in this country.

‘I hope no-on puts his wreath and Christmas tree up – let’s see how he gets on doing it without the creatives.’ 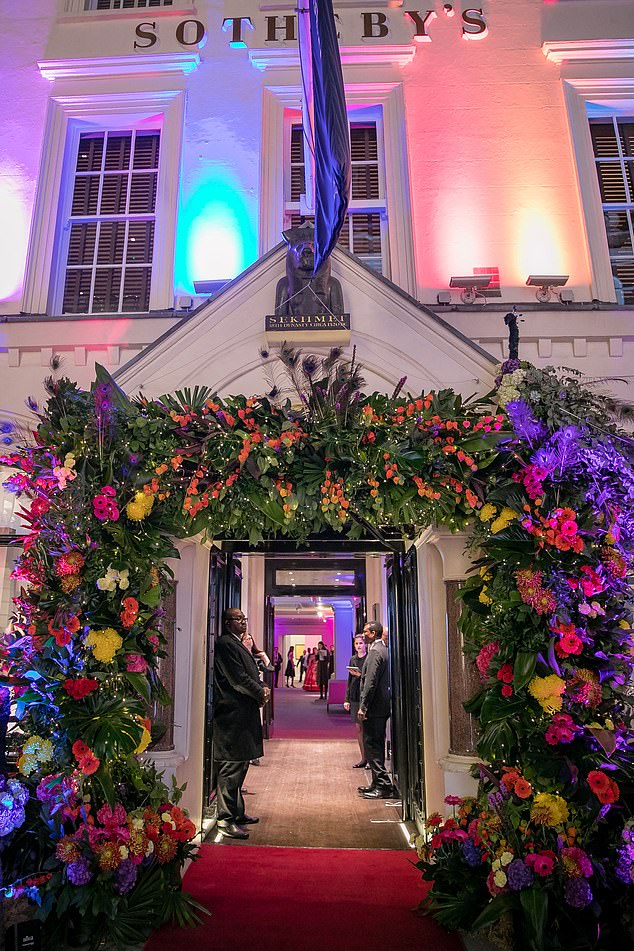 Party again? Lycett says while people love to celebrate, until there’s enough confidence to hold an event for more than 100 people, the events industry will struggle to bounce back  (Pictured: floral displays created by Lycett at Sotherby’s in central London)

Lycett, who works with the Royal Horticultural Society, says being one of three judges on US HBO show Full Bloom was great for his mental health because it was ‘something to do’ during lockdown.

‘People are really struggling now as things start to bite. Virtually no shop can survive purely from doing over-the-counter flower sales, nearly everybody does events; they do contract work in offices, restaurants and hotels and none of that is happening now.’

Is there confidence that the industry can bounce back?

‘There will always be a party, we love to celebrate – but until there is enough positivity for people to contemplate an event for 100 people plus, none of it will happen without a step-change.’

Lycett describes recent news of possible vaccines as like watching ‘a rather desperate man with shaky hands holding a box of matches at the very end of a long dark tunnel. He’s striking but we’ve yet to have a glimmer of light.’