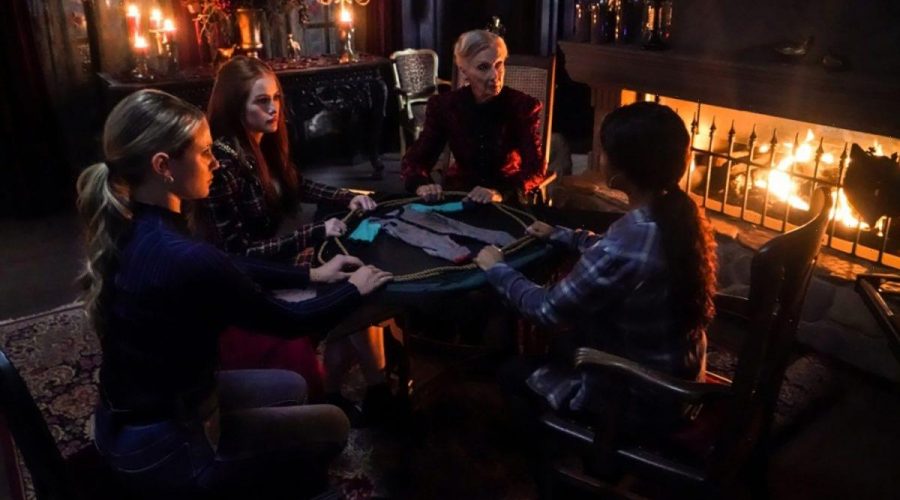 Riverdale Season 6 brought the CW series into the Rivervale dimension. People are dropping like flies in this strange new reality. And while it may feel disconnected, series star Vanessa Morgan — who plays Toni Topaz — says the mysterious events of Rivervale will connect to the rest of the season.

Season 6 of Riverdale introduced viewers to a brand new reality where Archie (KJ Apa), Betty (Lili Reinhart), Veronica (Camila Mendes), and Jughead (Cole Sprouse) live in a town called Rivervale. Things are weirder than usual for the crew and their friends. And by the end of the episode, Archie is killed when Cheryl — with the support of the entire town — rips his heart out.

The supernatural theme of the last few episodes and the disconnected story arc may not feel like they fit with Riverdale as a whole. But according to Morgan, whose character dies in Episode 2, these strange cryptic events will tie into a larger story this season.

“If you believe [in other dimensions], then there’s alternate realities all going on at the same time,” Morgan told US Weekly. “Different versions, different outcomes, all playing out at your life at the same time.”

“I believe in that,” she continued. “And I feel like we’re kind of touching on that. And then I think toward the end of the season, it’ll all come together, and you’ll really realize how it all relates.”

Riverdale Season 6 will feature this alternate Rivervale reality until the fifth episode. The CW series will then take a long break and come back with new episodes next year, in March 2022.

When the show returns, it will pick up with the storyline from the season 5 finale. That’s the episode that ends with Archie and Betty finding a bomb under their bed just before an explosion. But as teased by Riverdale showrunner Roberto Aguirre-Sacasa, the mysterious events of Rivervale will connect to the story going forward.

“I will say that the events of ‘Rivervale’ 100 percent inform and feed into the events of the rest of Season 6,” Aguirre-Sacasa told The Wrap. “I think if you didn’t see ‘Rivervale’ — we’re not picking up exactly where we left off at the end of [Season 5], and things will have changed because of ‘Rivervale.’”

The supernatural elements will continue throughout the five episodes. And in Episode 4, “The Witching Hour(s),” Chilling Adventures of Sabrina star Kiernan Shipka will appear as the teen witch, Sabrina Spellman.

Riverdale airs Tuesdays on The CW.