Amelia Hamlin, 20, and Scott Disick‘s surprising romance was finally revealed during the June 30 episode of The Real Housewives of Beverly Hills, and everyone had pretty strong feelings about it. Especially because at 37 years old, Kourtney Kardashian‘s ex is almost twice Amelia’s age.

Lisa Rinna was first to discuss Amelia and Scott’s relationship when she and Erika Jayne were talking about wild tabloid stories. Lisa said that when she initially heard the rumor she thought, “Come on, really?”

Lisa said that Amelia initially told her that she and Scott were just “friends”, but then a couple weeks later, Amelia sent Lisa a video of her and Scott “on the beach”. So at that point, Lisa realized there was “something to it” and it was more than just a friendship.

Lisa made it very clear that she’s not thrilled about Amelia’s romance with Scott. To be exact — she said when she found out, it was a “WTF moment”.

“She’s 19. He’s 37 with three kids. Hello?” she said, referring to the three children Scott shares with Kourtney: son Mason, 11, daughter Penelope, 8, and son Reign, 6. “I’m a lot nervous about it,” Lisa said, but Erika reminded her that “there’s nothing you can do” and the more Lisa “pushes” the worse it’ll get.

Lisa said her husband, Harry Hamlin, is “more calm about it”, but she’s the one saying, “Oh, Jesus”.

“We’re thinking it’s a phase, right? It’s a phase — whatever. I don’t want to bring attention to it,” Lisa continued. She also said she hadn’t reached out to any of the Kardashians, like her friend, Kris Jenner, because she doesn’t want to give the romance anymore life than it already has. 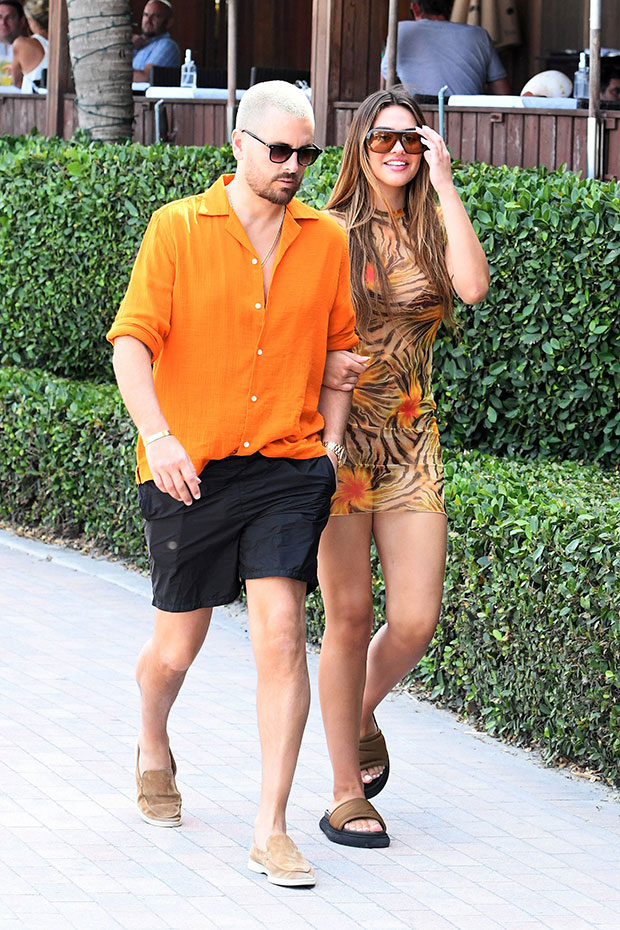 Later in the episode, when Lisa met up with all of her co-stars for some drinks and food, she jokingly asked them whether she needs to call Scott “The Lord” upon meeting him. For anyone that may be unaware, that’s an infamous nickname Scott gave himself during a 2012 episode of Keeping Up With the Kardashians. He actually purchased an online knighting ceremony during a trip to London, so from that point forward, he often referred to himself as “Lord”.

But jokes aside, Kyle Richards said “he’s too damn old” for Amelia and Lisa yelled back, “I know!”

“That is not a good match,” Kyle added before saying she “wouldn’t allow it”. But Kathy Hilton said “it could be worse”, and Garcelle Beauvais even said it could be the best thing that ever happened to Amelia, while further joking that Lisa may soon become a step-grandmother to Scott’s three children.

Lisa also said Harry initially thought Scott “was 27”, but before she could say much more, Kyle predicted “this too shall pass”. But then again, this episode was filmed in mid-November, and Scott and Amelia are still dating today — seven months later.