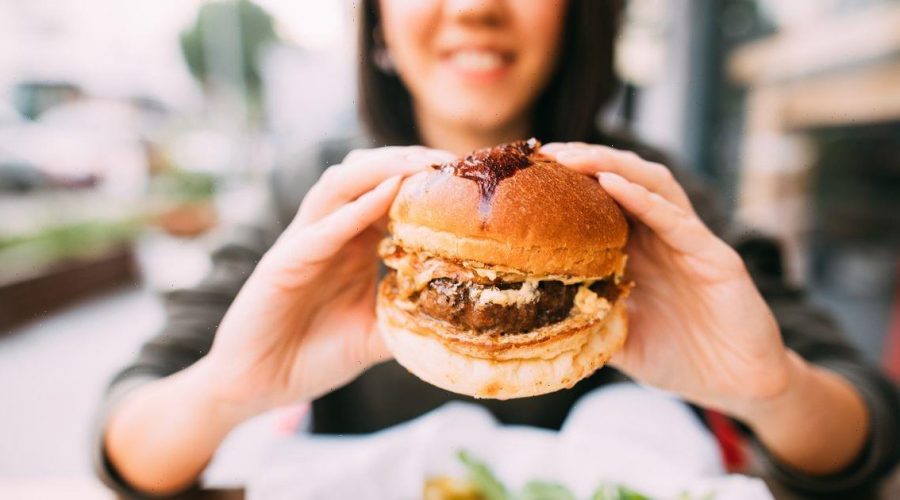 A restaurant has claimed to have made a burger which induces labour in pregnant women – and say it’s worked 31 times so far.

The Suburban restaurant in Excelsior, Minnesota, believes that their 'Labour Inducer' burger causes women to go into labour.

And, while there’s no scientific evidence to state why this is the case they say it’s done the job for a horde of mums.

Well if curry is thought to work why not a burger?

The restaurant states that the burger works within 24 hours of eating it.

And, 31 women have indeed given birth within the time frame including one of the co-owners.

But, what is included in the magical meal?

The contents are enveloped in a yummy pretzel bun.

Pregnant or not we’d sink our teeth into that!

The unusual gimmick started when the family who owns the restaurant entered a cooking competition in 2019.

Kelsey Berset, a co-owner alongside her mother and sister Cindy, was pregnant at the time.

She told Today: "I figured I was 38 weeks pregnant, so why not indulge?

And, thus the dish was born!

They entered it into the foodie contest with “The Labour Inducer” and then later added it to the menu.

As news got out, more and more heavily pregnant women came to the venue to test out the claims.

Cindy Berset explained to Fox 9: "It has been such a whirlwind.

“Every time a mom walks through that door, I know what she is coming in for and it's the 'Labour Inducer.'"

But, why does it work?

Well, it’s more than likely that the women who eat the burger are already close to labour anyway.

So, it’s likely that they would have done into labour anyway.

But, old wives tales persist which state that certain foods like spicy curry and mustard can bring labour on.

And, the burger does contain spicy mustard…

But, even if there’s no truth behind the claims at least you get to eat a tasty burger which will give you energy if you do start to give birth.