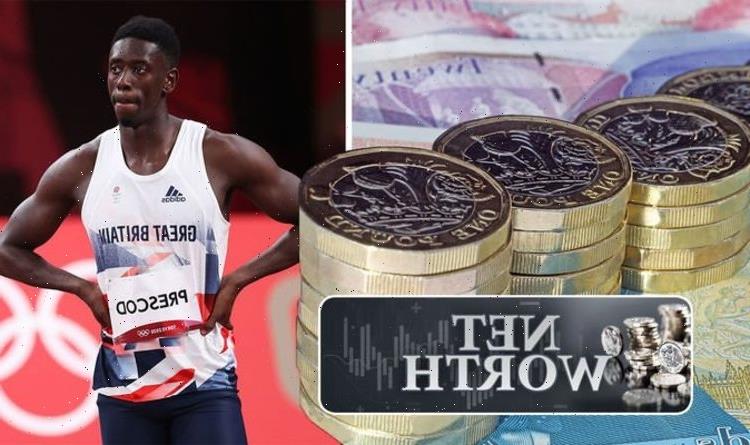 Olympic sprinter Reece Prescod fell from grace this morning when he was disqualified from the men’s 100-metre semi-final. While it is sad news for the sportsman, he has a career filled with success behind him.

According to FamousBirthdays, the 25-year-old is worth an estimated $1.5 million (approximately £1 million) based on analysis from Forbes and Business Insider.

Prescod achieved his personal best of 9.94 seconds in 2018 at the European Athletic Championships.

The sprinter went under the 10-second barrier on three occasions in 2018, and in addition, ran a wind-assisted 9.88 at the Eugene Diamond League event in Oregon.

Prior to this, he qualified in first place at the GB trials for the 2019 World Championships in Athletics ahead of former finalist James Dasaolu.

At the Championships, Prescod complete in the men’s 100 metres.

He managed to scoop seventh place in the final of the event.

The London-born runner went on to retain his British title in 2018.

At the 2018 European Athletics Championships, he came second in the final.

He was beaten only by teammate Zharnel Hughes.

Prescod managed to achieve some impressive accolades in his younger years.

This was despite the fact he has run just four races at the time.

However, there have been a few bumps along the way for the runner.

Like most Olympians, he has dealt with injuries in the past which have slowed down his training progress.

Over the years, he has been forced to take time out due to hamstring injuries.

Luckily this did not stop him from qualifying for the 2020 Olympics – pushed back by a year.

Sadly, he was disqualified on Sunday morning at the men’s first 100 metre semi-finals.

The disqualification came as a result of a false start.

However, his GB teammate Zharnel Hughes came first in the second semi-final.

08/01/2021 lifestyle Comments Off on Reece Prescod net worth: How much has disqualified GB sprinter earned during career
Recent Posts