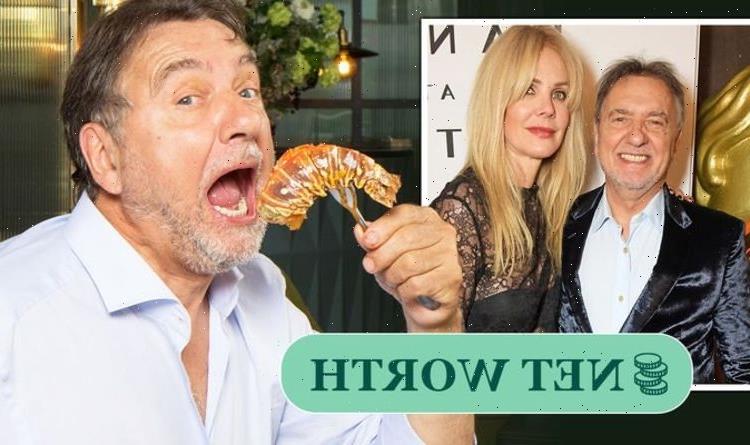 Raymond Blanc is one of Britain’s richest chefs. He will appear tonight on ITV at 8pm to host his popular cooking show Simply Raymond Blanc. But how rich is he?

Raymond lives a lavish lifestyle that is worlds away from his humble beginnings in eastern France.

The award-winning cook is one of Britain’s greatest and richest chefs.

The 71-year-old has a whopping net worth of £7million, according to celebrity sites.

Some websites, including Wealthygorilla.com, have estimated that his fortune is even higher.

It’s an impressive sum that Raymond has amassed over the years thanks to his slew of award-winning restaurants, as well as his TV appearances.

Although the chef has lived in Oxfordshire since the 1970s, he was born in Besançon, the capital of the Franche-Comté region in eastern France.

He grew up with four siblings and worked in the garden with his father from a young age.

But Raymond was more interested in his mother’s cooking than gardening.

Raymond has previously shared how his mother was a fantastic cook who used fresh, local, seasonal produce to make daily meals for the family.

Raymond first trained as a nurse, but after walking past a Michelin-starred restaurant called Le Palais de la Bière near his hometown and watching the waiters at work, he decided he wanted to become a chef.

The Frenchman became a waiter, learning cooking tips and tricks at the same time by watching the restaurant’s chef.

He even made suggestions to how the chef cooked – but got hit in the jaw with a saucepan because of it.

Raymond moved to England and settled in Oxfordshire, becoming a waiter at a pub called The Rose Revived.

This is where the chef met his first wife, Jenny, the daughter of the pub’s owner.

The restaurant is also a hotel and a cookery school.

The chef then went on to open La Maison Blanc, a chain of bakeries that also contain cafés.

There are now 14 branches of La Maison Blanc across the country.

Since then, Raymond has launched a restaurant brand called Brasserie Blanc, which has more than 20 restaurants around Britain.

As well as opening restaurants, Raymond has made his money through being the best-selling author of more than 10 books and appearing on multiple TV shows.

These programmes include BBC Two’s The Restaurant, Kitchen Secrets, and of course, this year’s new ITV series Simply Raymond.

Raymond has two children with Jenny, brothers Olivier and Sebastien.

The couple separated in 1985 and Raymond now lives with long-term partner Natalia Traxel in Oxford.

09/10/2021 lifestyle Comments Off on Raymond Blanc net worth: Two-star Michelin chef is one of UK’s richest cooks
Recent Posts