The silver coins were launched on the Isle of Man back in 2003 and only 10,000 were ever minted, according to coin collecting website Change Checker. 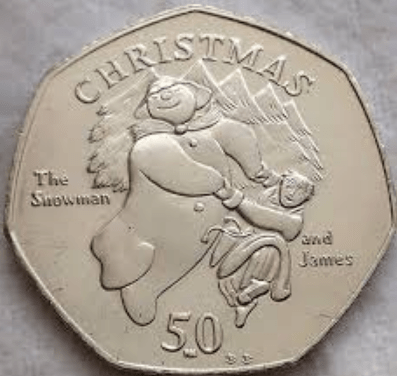 It was released as a limited-edition coin to mark the 25th anniversary of the release of the much-loved classic The Snowman by children's author and illustrator Raymond Briggs.

The highest price the festive coin has fetched on eBay recently is £292 after 29 people bid for it at the end of October.

And it rarely sells for less than £200 when one of the rare coins makes its way onto the auction website.

The 50p coin – which is technically only worth its face value of 50p – was produced by the Pobjoy Mint in Surrey, which used to make all of the Isle of Man's coins and banknotes until last year. 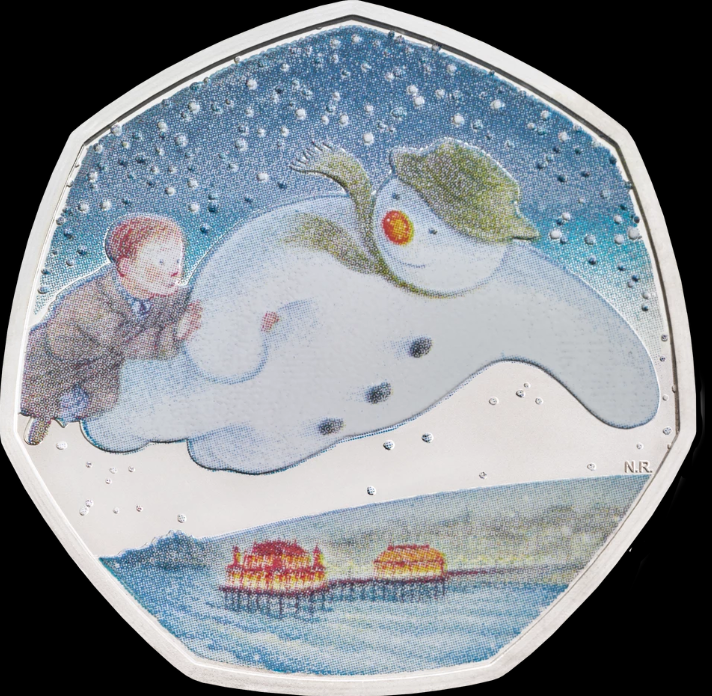 As a Crown Dependency, the island issues its own notes and coins – but that means that the coin's chances of turning up in change on the mainland are very slim.

Three new Snowman 50p coin were released by the Royal Mint this week and two of them sold out in just a few hours.

One of them – a silver proof coin worth £60 with a design entirely in colour – is already selling for more than three times the price on eBay at £206.

They won't enter general circulation though so there's little chance of one of these valuable coins ending up in your spare change, sadly.

The Snowman coins aren't the only valuable 50ps around.

In the past, we've revealed the most valuable sought after coins after one seller pocketed £5,000 from flogging his Battle of Hastings 50p.

Depending on the design, some are worth up to £810 so it's worth looking at the shrapnel in your wallet and seeing if you have one of these sought after coins.

Rare coins – those with low mintage numbers – are often the most valuable but that's not always the case. We take a look at the top five rarest coins (according to Change Checker) and see how much they are selling for on eBay at the moment.