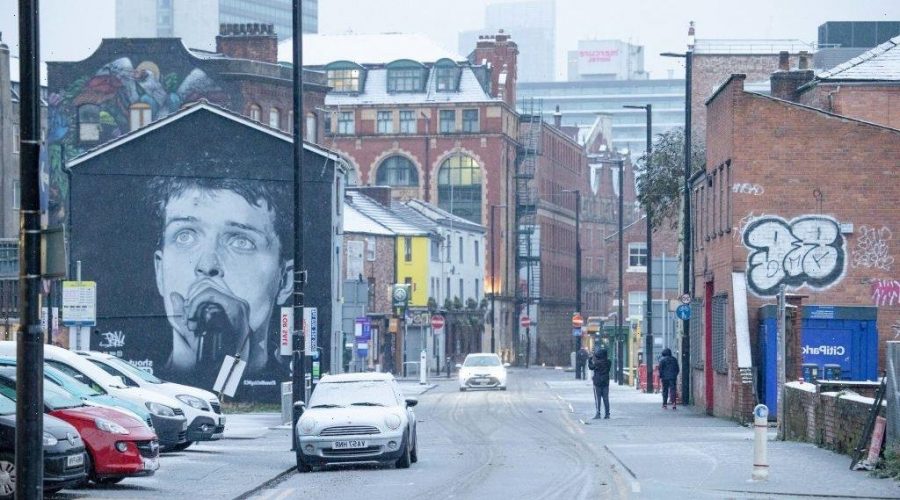 Manchester rapper Aitch has apologized for painting over a mural of late Joy Division singer Ian Curtis, apparently inadvertently, with an ad for his new album “Close to Home,” and promised to “get this [situation] fixed pronto.”

As noted by Stereogum, the ad went up Wednesday in Manchester’s Northern Quarter on Port Street ahead of Aitch’s album’s release on Friday.

“It’s come to light that the iconic Ian Curtis mural on Port Street has been painted over with my album artwork,” Aitch tweeted. “This is the first time I’ve heard of this, me and my team are getting this fixed pronto. No way on earth would I want to disrespect a local hero like Ian.” He added that he wasn’t aware the ad would be placed over Curtis’ portrait, and said the situation is being remedied “as we speak.”

Aitch’s management posted that it has been in touch with the mural’s painter, Akse P19. “As soon as we found out what had happened, we contacted @Akse_P19 re: recommissioning of the original mural and we’re working closely with

The Curtis mural was unveiled in October of 2020 and was painted by graffiti artist Akse P19 (from a photo by Philippe Carly) in an effort to support mental-health awareness via an initiative from Manchester City Council.

Curtis was just 23 when he committed suicide in 1980, but the two albums and multiple non-album tracks he recorded with Joy Division have cast a long influence over the decades of rock music that have followed. The other members of Joy Division continued as New Order.

Akse wrote on Instagram: “So my mural of Ian Curtis based on the original photograph by @philippecarly has been painted over to promote the release of a new album, personally I don’t have anything against hand-painted advertising as this is how I make a living, but this mural was painted in collaboration with @headstockuk and supported by @manchestercitycouncil and @sweetnothingmcr to raise awareness for Mental Health and support @giveusashoutinsta a free text messaging services to help people with mental health issues, it had become a cultural landmark and meant so much to people from Manchester and beyond; it doesn’t take much common sense to understand that this mural should have remained for what it represented and stood for.”