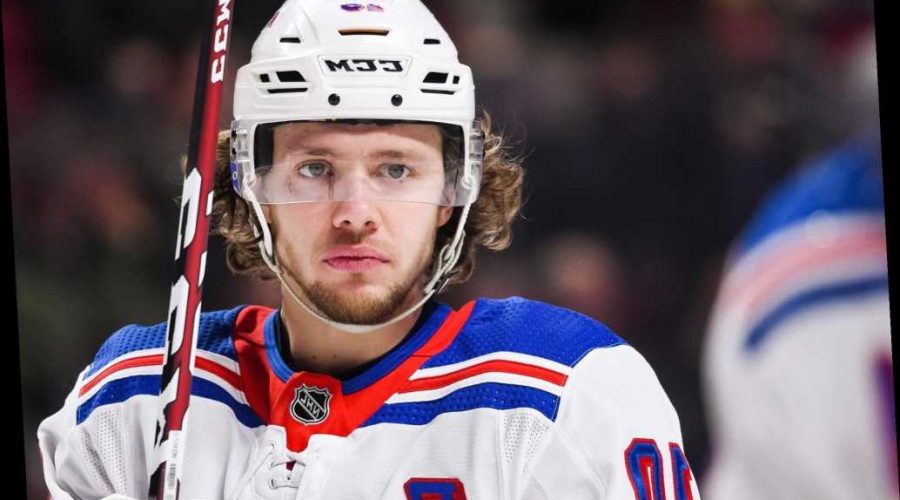 New York Rangers player Artemi Panarin is taking a leave from the team after a newspaper in his native Russia published allegations that he assaulted an 18-year-old woman 10 years ago.

Panarin's former coach in the Kontinental Hockey League, Andrei Nazarov, claimed Panarin sent an 18-year-old woman "to the floor with several powerful blows" while in Latvia in 2011, according to ESPN. Nazarov further said someone allegedly paid 40,000 euros to stop a criminal case over the matter at the time.

As the outlet notes, Panarin was traded from Nazarov's team shortly after the alleged assault occurred.

The Rangers responded to the allegations with a statement on Monday that referenced Panarin's recent criticism of Russian President Vladimir Putin — who Panarin's former coach Nazarov supports.

"Artemi vehemently and unequivocally denies any and all allegations in this fabricated story," they said in a statement posted to Twitter. "This is clearly an intimidation tactic being used against him for being outspoken on recent political events." "Artemi is obviously shaken and concerned and will take some time away from the team," the Rangers added. "The Rangers fully support Artemi and will work with him to identify the source of these unfounded allegations."

According to Bleacher Report, Panarin, 29, is one of the most prominent Russian athletes to speak out against Putin and in support of opposition leader Alexi Navalny, who was arrested in January when he returned to the country after being poisoned.  Navalny believed Putin's government was behind the attack, the Associated Press reported.

"I think he no longer understands what's right and what's wrong," Panarin said of Putin In a 2019 interview with Vsemu Golovin, according to Sports Illustrated. "Psychologically, it's not easy for him to judge the situation soberly. He has a lot of people who influence his decisions. But if everyone is walking around you for 20 years telling you what a great guy you are and how great a job you are doing, you will never see your mistakes."

Panarin recently displayed his support of Navalny in an Instagram post on Jan. 21 (when translated, his caption read, "Freedom for Navalny").

Panarin signed with the Rangers in July 2019 and has been one of their standout players, scoring five goals and 13 assists through 14 appearances so far this season.