When Ramona Ripston was being interviewed in 1972 to be executive director of the A.C.L.U. of Southern California, an all-male board committee asked her questions like, How could she do the job while being the mother of small children?

By the time they got around to asking what her priorities in the office would be, she hesitated only briefly before telling them point blank: “I’m going to change the board so that unfair questions like this don’t get asked again.”

Despite her bluntness, or perhaps because of it, she got the job, becoming the first woman — and one of the few non-lawyers — to head an A.C.L.U affiliate. She went on to lead the affiliate for almost four decades, overhauling it into a crusading organization that broadened its scope beyond civil liberties to encompass matters of racial and economic justice.

And as promised, she diversified the board, initially helping bring in more women and later, people of color and gays.

Ms. Ripston, who had been in failing health for several months, died on Nov. 3 in Marina del Rey, said Hector Villagra, her successor as executive director of the A.C.L.U. of Southern California. She was 91.

Over the years, Ms. Ripston spurred her affiliate — and the national organization — to a greater level of social activism, enlisting celebrities and ordinary citizens alike in her many causes.

When she started with the American Civil Liberties Union affiliate in Los Angeles in 1972, it had six employees in one small office over a wig shop. By the time she left, in 2011, it had 50 employees in two offices. It now has 90 employees in four offices and is one of the premiere affiliates of the national A.C.L.U., which has stood on the front line of protecting civil liberties for nearly 100 years. 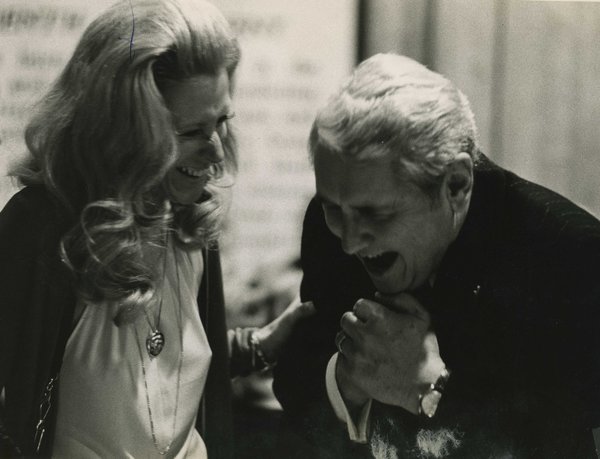 “She took it from a small, ragtag group of committed activists and built it into a powerhouse,” said Anthony D. Romero, executive director of the national A.C.L.U.

“Obviously she cared about the core issues of freedom of speech and freedom of the press, but she pushed the envelope on education equality, police accountability, the rights of the homeless, of immigrants,” he said. “The Southern California office became the legal engine for many of the reforms and agendas that we would subsequently pursue for years. Her office was the pacesetter for this work.”

As she often said in public speeches: “If you don’t have food on the table or a bed to sleep in, the promises we make to people about equity and justice are just illusions.”

Among her notable achievements was starting litigation that resulted in a landmark settlement of nearly $1 billion in 2004 from the state of California to upgrade run-down schools in poor and minority neighborhoods.

Another was a 2006 court decision that prevented the police from arresting homeless people for sleeping on sidewalks when they had nowhere else to go.

In 1984, an A.C.L.U. SoCal lawsuit helped lead to the shutdown of the Los Angeles Police Department’s public disorder intelligence division, which had been accused of spying on elected officials and community activists and of infiltrating liberal organizations.

Ms. Ripston quickly joined the outrage in 1991 over the beating of Rodney King, a black motorist who had been speeding, after several Los Angeles police officers were caught on videotape bludgeoning him with their nightsticks. The officers’ eventual acquittal on state criminal charges led to riots.

In the kind of theatrical gesture at which she was adept, Ms. Ripston pushed her way to the front of a room at a crowded meeting carrying boxes of petitions calling for the resignation of Daryl F. Gates, the city’s police commissioner and dumped them on the table where Mr. Gates was sitting. (He later called her Ramona the Ripper and was eventually forced from office.)

Later that year, when the national A.C.L.U. remained neutral on the confirmation of Clarence Thomas to the United States Supreme Court, Ms. Ripston led the Southern California chapter to break ranks.

“The board felt overwhelmingly that Clarence Thomas would not extend civil liberties and civil rights protection of the Supreme Court to the people in need of that protection,” she said at the time.

Mr. Romero said Ms. Ripston was constantly challenging those in power, including the governor of California, the mayor of Los Angeles and sometimes the national A.C.L.U. in New York, where the old guard has been less eager to stray outside the organization’s traditional role of defending First Amendment rights.

“She survived the number of feathers she ruffled because she did it with such elegance and class and a great big smile,” Mr. Romero said, adding that she also had the grit and the determination to pursue the change she wanted.

Her charm led another Los Angeles police chief, Ed Davis, to cross the divide at Ms. Ripston’s urging and attend an event sponsored by the A.C.L.U. SoCal. He was the city’s first police chief to do so.

“She could easily have been mistaken for Catherine Deneuve,” Mr. Villagra, her successor, said. “But she was an advocate through and through, and she was really impatient with people dragging their feet with injustice.

“Beneath that glamorous exterior was a social justice warrior.”

Ramona Ann Ripston was born on Feb. 18, 1927, in Queens, N.Y. Her father, William Ripston, taught physics at Brooklyn College, and her mother, Elsie (Fleischman) Ripston, was a bookkeeper.

She grew up in Queens and graduated in 1948 from Hunter College with a degree in political science.

Unable to find a job in her field, she went into modeling and traveled the country as a consultant for the Barbizon School of Modeling and Acting. A department store advertisement from 1950 presented her as a lingerie expert, specializing in slips, and urged shoppers to come and “fire all your slip questions at her.”

Bored with lingerie and always interested in civil liberties, she turned to volunteering at the New York Civil Liberties Union, joining the staff full time in 1965 and becoming public relations director. In 1968, she quit to join the Emergency Civil Liberties Committee, saying the A.C.L.U. was not militant enough.

Nonetheless, in 1972 she sought — and accepted — the position of executive director of A.C.L.U. of Southern California in Los Angeles.

She served in the post until 2011, except for a period of 18 months beginning in 1986, when she was in charge of the western region for People for the American Way, the liberal advocacy group.

Ms. Ripston was married five times. Driven by feminist instinct, she kept her maiden name. But she often said that her decision was a stroke of luck, since she had no inkling she would marry so often.

She is survived by two of her children, Laura Ripston and William Caplin, and three grandchildren; a second son, Mark Caplin, is dead.

Her final marriage, in 1991, was to Judge Stephen R. Reinhardt, a liberal lion on the very liberal United States Court of Appeals for the Ninth Circuit in San Francisco. He died in March.