Chris Harrison wanted $25M payout for ‘Bachelor’ exit — or else

Rachel Lindsay was surprised by Chris Harrison’s permanent departure from “The Bachelor” franchise.

Lindsay — the first black “Bachelorette” as well as the reporter who spoke to Harrison in the controversial interview that would spark his eventual exit — said that pressure from Bachelor Nation may have led Harrison to part ways with the show four months after the host stepped aside over a racism controversy.

“I wasn’t expecting for it to happen, not after the announcement,” Lindsay, 36, said to “Extra” co-host Billy Bush, according to People.

Harrison, 49, confirmed Tuesday that he would not be returning to the “Bachelor” franchise, where he had served as the host since 2002.

Page Six later reported that Harrison wanted a $25 million payout for his exit. A source noted while a settlement was reached, it’s not believed to be as high as $25 million.

Lindsay said Tuesday that Bachelor Nation “can only speculate” about what contributed to Harrison’s official departure.

“I think several past contestants coming forward and saying they didn’t want him to be part of ‘Paradise.’ I think [current ‘Bachelorette’] Katie Thurston, her very last tweet before she went to film her season was that Chris needed to step away,” Lindsay said.

“I think that, coupled with the interview that happened on this very stage, maybe led to him not coming back,” she added. 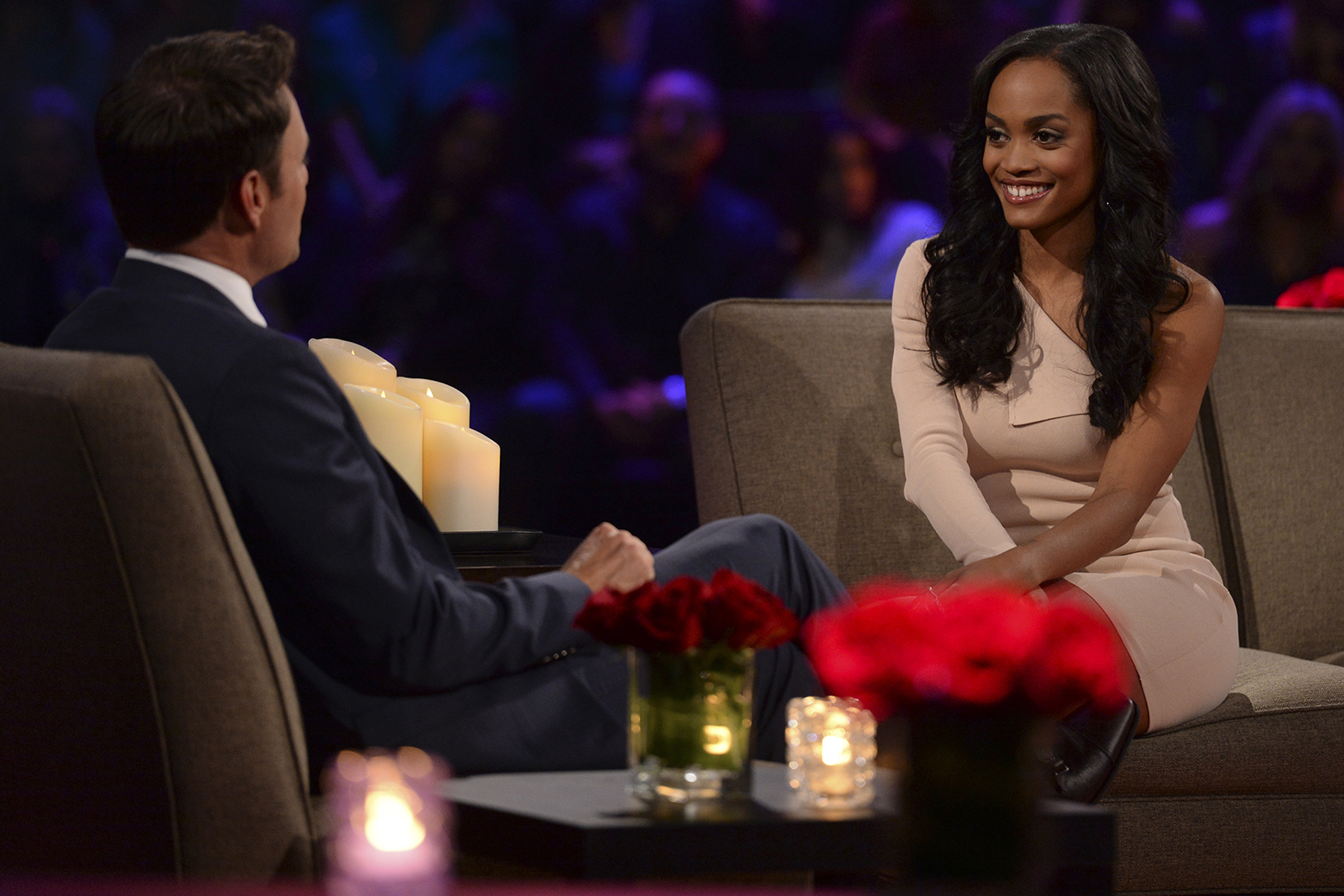 In a February “Extra” interview with Lindsay, Harrison defended “Bachelor” contestant Rachael Kirkconnell after racially insensitive social media posts and actions from her past resurfaced. At the time, Kirkconnell was vying for the heart of Matt James, the franchise’s first black “Bachelor.”

Harrison later apologized for speaking in a manner that “perpetuates racism” and confirmed he would be “stepping aside” from the franchise for some time.

Kaitlyn Bristowe and Tayshia Adams, the “Bachelorettes” of Season 11 and Season 16, have since taken over as co-hosts for Thruston’s current season of “The Bachelorette,” which premiered Monday.