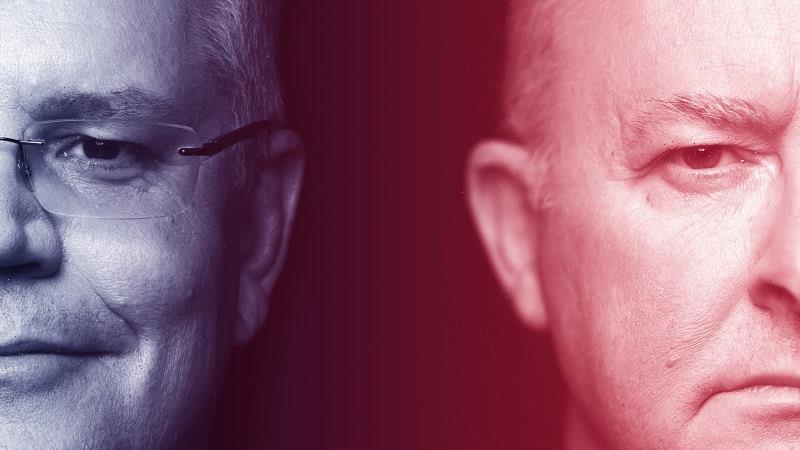 A dramatic shift in voter sentiment has tightened the race for power at the federal election by cutting primary vote support for Labor and giving the Coalition a boost that keeps it within sight of victory at the ballot box this Saturday.

The election will go down to the wire after voters softened their support for Labor over the past two weeks to cut the party’s primary vote from 34 to 31 per cent, wiping away the strong gains made by Labor leader Anthony Albanese in the lead-up to the formal election campaign.

With Prime Minister Scott Morrison on the offensive with an appeal to voters to back him on economic management and national security, the new survey shows a small increase in the Coalition primary vote from 33 to 34 per cent.

The exclusive survey, conducted by Resolve Strategic for The Sydney Morning Herald and The Age, reveals a divided electorate with 34 per cent of all voters rejecting the major parties in favour of independents, the Greens and smaller parties.

With early voting underway since Monday last week, the survey found that only 14 per cent considered themselves “uncommitted” compared to 24 per cent two weeks ago.

“As we near election day, voters are naturally locking in their choice, and in many cases have already voted,” said Resolve director Jim Reed.

“It seems that the large group of uncommitted voters who were once sending a protest message, or were voting for change or parking their vote, have started to swing back to the known quantity.

“There is very little change in the ratings for the leaders and parties, so this trend is more likely a focusing of minds on the reality of the choice before them rather than any single policy or event.”

With one third of voters choosing minor parties and independents, Morrison and Albanese will have to fight for second preferences in an unpredictable contest shaped in part by strong campaigns by “teal” independents in city electorates as well as support for Pauline Hanson’s One Nation and Clive Palmer’s United Australia Party.

The Resolve Political Monitor shows the primary vote for the Greens slipped from 15 to 14 per cent, although the party appears to enjoy stronger support than it saw in the lower house at the last election.

Support for One Nation rose from 5 to 6 per cent and the primary vote for the United Australia Party fell from 5 to 4 per cent, with both these changes falling within the margin of error.

When voters were asked to name the parties that would receive their preferences, the results showed Labor held a lead of 51 to 49 per cent in two-party terms, a significant narrowing in the election contest from the result of 54 to 46 per cent two weeks ago.

When the two-party vote is calculated using historical preference flows as they were cast at the last election, the result suggest that Labor leads by 52 to 48 per cent, also tightening the outcome from the result of 54 to 46 when measured the same way in the last survey.

Both results in two-party terms show the outcome is within the margin of error, which was plus or minus 2.2 percentage points.

The Resolve Political Monitor surveyed 2049 voters from Thursday to Tuesday, a period that included the admission from Morrison that he could be “a bit of a bulldozer” and his promise that he would change after the election as Australia emerged from the pandemic.

The polling period also included the dispute over salaries after Albanese last week declared his support for a 5.1 per cent increase in the minimum wage. Morrison attacked this call for several days, calling his opponent a “loose unit” on the economy, but stopped talking about wages on Friday and later insisted he also supported an increase in real wages.

Most importantly, the polling period also included Morrison’s campaign speech on Sunday and his proposal to let people dip into their superannuation to raise some of the deposit needed to buy their first homes.

The survey added several hundred telephone responses to the customary online responses to give it a larger base than the 1408 eligible voters polled in the last Resolve Political Monitor, which was conducted from April 26 to 30.

Because the Resolve Political Monitor asks voters to nominate their primary votes in the same way they would write “1” on the ballot papers for the lower house at the election, there is no undecided category in the results, a key difference from some other surveys.

This survey and the last survey included a significant change in the questions asked of respondents following the formal declaration of candidates by the Australian Electoral Commission on April 22. With candidates now known, the survey asked respondents about their support by naming candidates as well as parties as they appear on the ballot paper.

Cut through the noise of the federal election campaign with news, views and expert analysis from Jacqueline Maley. Sign up to our Australia Votes 2022 newsletter here.