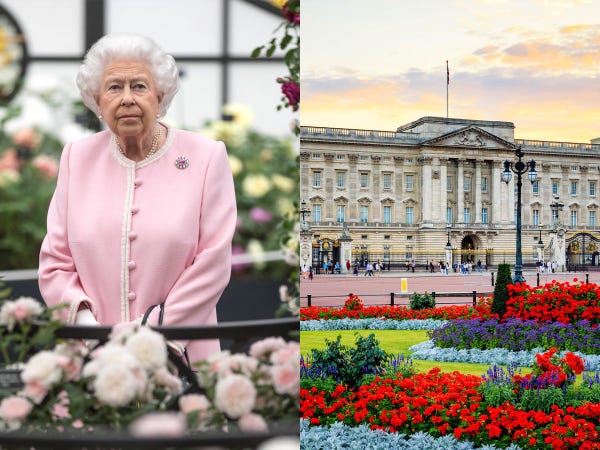 Queen Elizabeth will not be hosting any large-scale events at Buckingham Palace or Windsor Castle for the rest of this year because of the coronavirus, a spokesperson for Buckingham Palace announced on Thursday.

This includes investitures, which are ceremonies where a member of the royal family awards someone honors in recognition of outstanding achievements or services to the UK and British Overseas Territories.

Usually more than 60 attendants are present at each ceremony, and roughly 30 are held per year. None have been held since late March apart from an open-air ceremony in July to knight NHS fundraiser Captain Sir Tom Moore.

The Royal Estate looked into a variety of options, but concluded it was "not possible to find a way of safely delivering these events in the current circumstances."

The announcement came after the UK government introduced tighter coronavirus measures on September 22. This included a "rule of six" restriction on indoor gatherings, where no more than six people can gather together.

In March, the iconic Changing of the Guard ceremonies at Buckingham Palace, St James's Palace, and Windsor Castle were cancelled "until further notice." Guards still stand outside the royal residences, but there is no longer music or a ceremony when they hand over to the New Guard.

The Queen still intends to return to Windsor Castle, west of London, in October, where she has been isolating for most of the year, the statement on Thursday said.

But she plans to use Buckingham Palace for a series of events and visits in the fall which will follow all coronavirus guidance, it added.

The Queen may not be able to spend Christmas at the Sandringham Estate for the first time in 32 years because staff members are unwilling to isolate away from their families, The Sun reported earlier this week. This means that she could also spend Christmas at Windsor Castle.

10/02/2020 lifestyle Comments Off on Queen Elizabeth cancels all large events at Buckingham Palace and Windsor Castle for the rest of the year
Recent Posts
We and our partners use cookies on this site to improve our service, perform analytics, personalize advertising, measure advertising performance, and remember website preferences.Ok