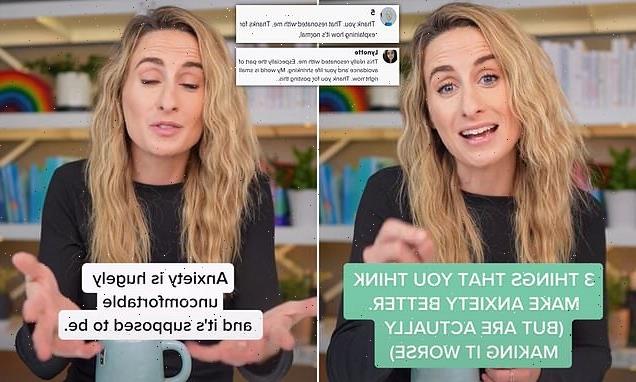 A British psychologist has revealed three habits that people adopt to improve their anxiety which could actually be making it worse.

She described how these were ‘things that you think make [it] better, but are actually making it worse’.

👉 The last one is key! For more on this search for the book “Why has nobody told me this before?” By Dr Julie Smith (or link in bio) #therapy #anxiety #anxietyrelief #anxitey #anxious 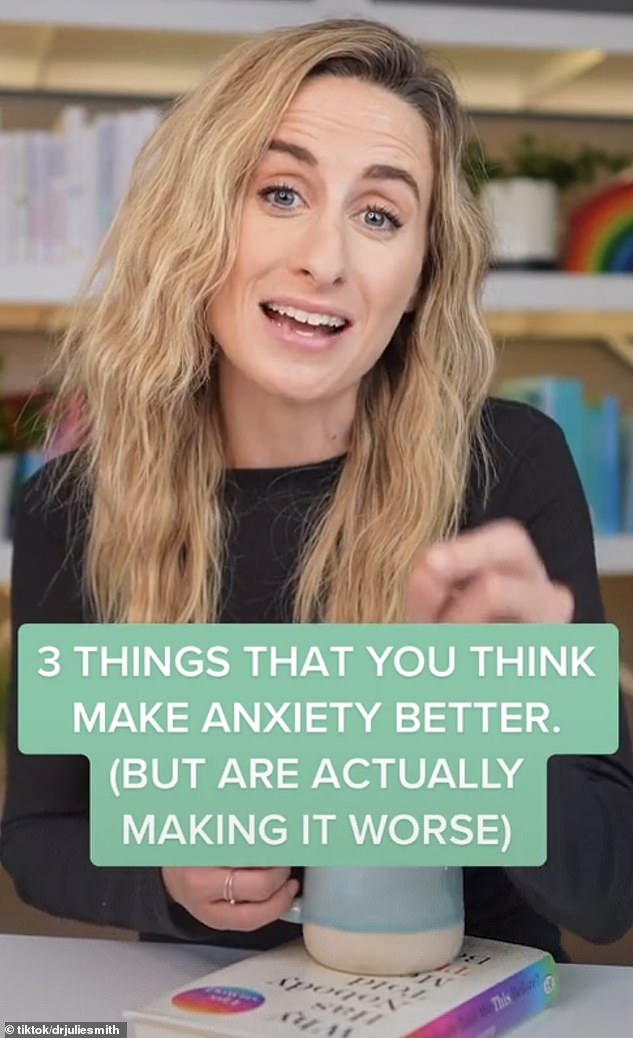 Dr Julie Smith, a clinical psychologist with a private practice in Hampshire, has gained more than 3 million followers on TikTok , where she shares videos on mental health related topics

Among the three things are what she described as ‘comfort, control and avoidance’, which she explained in greater detail.

In the clip, she said: ‘Number one, comfort. Anxiety is hugely uncomfortable and it’s supposed to be. It’s there to activate us.

‘But every time we escape situations that make us feel anxious, the cost of that short term comfort is long term anxiety.’

The second one she listed was control, explaining: ‘Trying to control all the areas of your life to prevent you from ever feeling anxious only ever works in the short term. 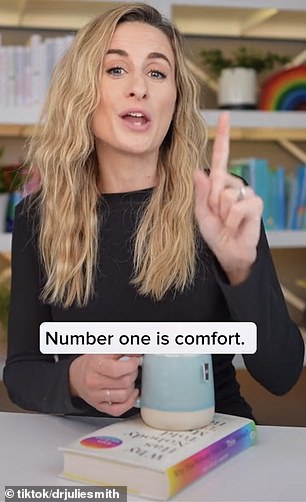 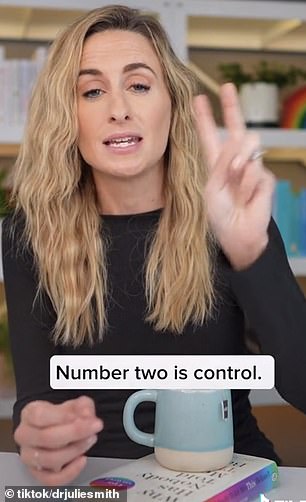 In the video, the clinical psychologist listed three things people often do in an attempt to make themselves feel less anxious, which may be counterproductive 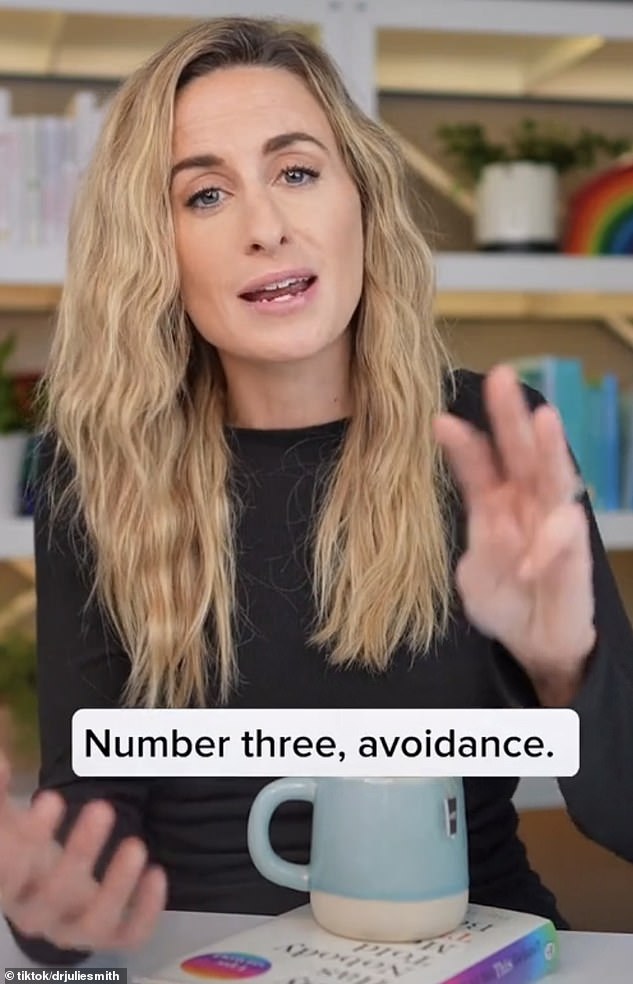 Dr Smith says in the video that trying to avoid all situations which cause anxiety can be counterproductive, as it can ‘shrink your world’

Generalised anxiety disorder (GAD) is a long-term condition that causes you to feel anxious about a wide range of situations and issues, rather than one specific event.

People with GAD feel anxious most days and often struggle to remember the last time they felt relaxed.

As soon as one anxious thought is resolved, another may appear about a different issue.

GAD is a common condition, estimated to affect up to 5 per cent of the UK population.

And finally, she noted that avoidance could also be hampering your attempts to reduce your anxiety.

She said: ‘Avoidance anxiety is normal whenever you try something new.

‘So if you get into the habit of avoiding anything that makes you anxious, your life shrinks and the fear of doing anything new just grows.’

Many social media users commented on the clip, explaining they often tried to deploy the strategies to manage their anxiety,

One wrote: ‘You make me feeling understood!

‘Your videos help me realize stuff about life so much. And thank you for that.’

Another added: ‘All three of these things are exactly what I do.

‘I know this but I feel like I’m stuck in a rut now, and can’t break the anxiety circle.’

Meanwhile a third wrote: ‘This really resonated with me. Especially the part of avoidance and your life shrinking.

‘My world is small right now. Thank you for posting this.’

Another wrote: ‘Needed to hear this. It’s true sometimes we run away instead of trying to beat it.

‘Definitely been working on beating my anxiety.’

Many social media users commented on the clip, explaining they often tried to deploy the strategies to manage their anxiety

Exercising as hard as you can is better at alleviating chronic anxiety than drugs or therapy, study suggests

Exercising as hard as you can is better at alleviating chronic anxiety than drugs or therapy, a new study has suggested.

Researchers in Sweden looked at how anxiety symptoms fell over the course of 12 weeks as a result of both ‘moderate and strenuous’ cardio and strength training.

Both exercise intensities effectively alleviated symptoms of anxiety even when the disorder was chronic, the researchers found.

The results suggest that more ‘simple’ treatments are needed for anxiety than drugs and therapy, which are costly and sometimes ineffective for patients.