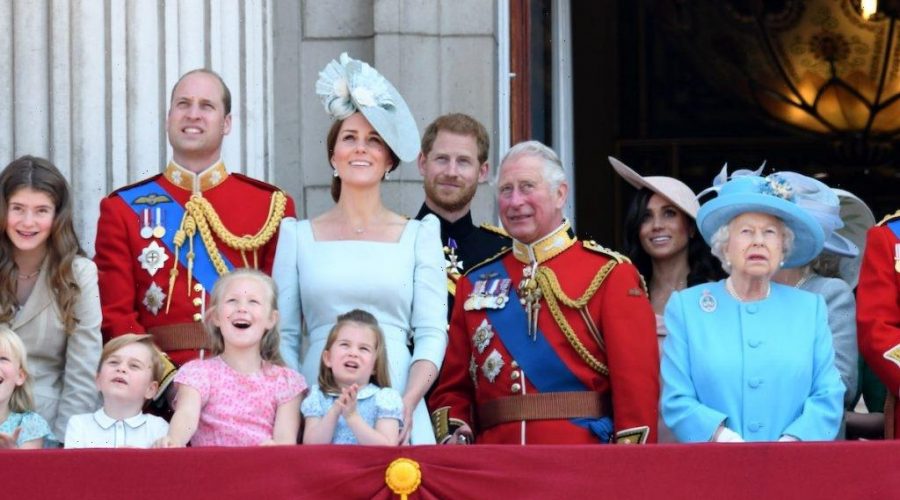 Prince Harry found life in the British royal family extremely challenging. Though it’s clear the prince loves his family, the fallout following his mother, Princess Diana’s death, and the expectations, judgment, and living his life in the spotlight all took a toll on the prince.

Things came to a head for him when he married Meghan, Duchess of Sussex. He watched the British tabloids turn on the American-born duchess, not simply because she was an outsider, but also due to her mixed-race heritage.

Though Prince Harry struggled in his role as the spare to Prince William, the heir to the throne, his niece, Princess Charlotte, as the second-born Cambridge child, won’t have those same issues.

“It’s not terribly good for your self-confidence,” royal expert Penny Junor told People. “He was always compared to William: William was the good-looking one, the important one, the clever one. Harry was the also-ran. I think that did take a toll on him.”

Megxit shook the British royal family and the public its core. Harry’s exit meant that Prince William’s reign would be a lot different than anyone expected.

“Courtiers imagined in the future that Harry would be shoulder-to-shoulder with William when he was King,” Junor wrote in Prince Harry: Brother, Soldier, Son. “He would pick up the bits that William wouldn’t be as good for. They would be complimentary and side-by-side throughout their lives. That was a lovely picture. Harry was the secret weapon, really.”

Thankfully, things are already beginning to shift for the next generation as Prince Charles works to slim down the monarchy. In 2013, Parliament made it so that the line of succession would stop skipping over girl children in favor of their younger brothers with the post-Succession to the Crown Act. It was a plight that Princess Anne faced.

Prince William and Catherine, Duchess of Cambridge, have also worked to make sure their children have as normal upbringings as possible. Prince George, Princess Charlotte, and Prince Louis do not live in the public eye.

For her part, Princess Charlotte has already showcased her vibrant and sometimes cheeky personality. “She’s definitely the biggest character of the three children at the moment,” a source told Us Weekly in 2018. “She’ll come up to guests and ask them if they want tea or coffee or offer them sweets—so adorable!”

Princess Charlotte will own her own destiny

Seeing what has occurred with Prince Harry — the Cambridges, Queen Elizabeth II, and Prince Charles will be working diligently to make sure that Princess Charlotte feels in control of her own destiny.

She is the first girl (with a younger brother) to keep her place in line succession, and though there will surely be some interest in her education, hobbies, and eventually her dating life, there is little she can do to shock and surprise people at the point.

To that end, she will control her destiny from the very beginning in a way that Prince Harry never was.