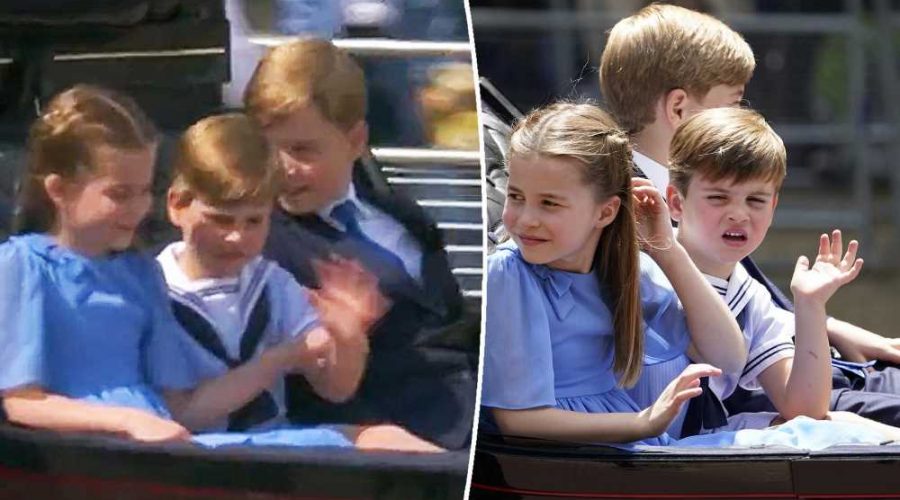 Princess Charlotte’s on duty as a big sister.

While Prince William and Kate Middleton’s kids made their carriage debut at the Trooping the Colour parade Thursday, Charlotte adorably stopped her younger brother, Prince Louis, from waving when he wouldn’t stop after she had decided to give her wrist a break.

Despite placing his hand on his lap, a determined Louis started waving again while Charlotte and Prince George took a load off.

Noticeably, all three kids complemented each other in blue ensembles.

Although it is the first time George, 8, Charlotte, 7, and Louis, 4, have participated in the carriage procession, the young royals all have previously appeared on the Buckingham Palace balcony for the Royal Air Force flypast.

They also appeared on the balcony Thursday, but missing from the famed moment were Prince Harry, Meghan Markle and Prince Andrew.

The last time the family gathered to wave to the crowd from Buckingham Palace was in 2019 before the COVID-19 pandemic, when the group of 17 included the since-departed couple and disgraced royal. 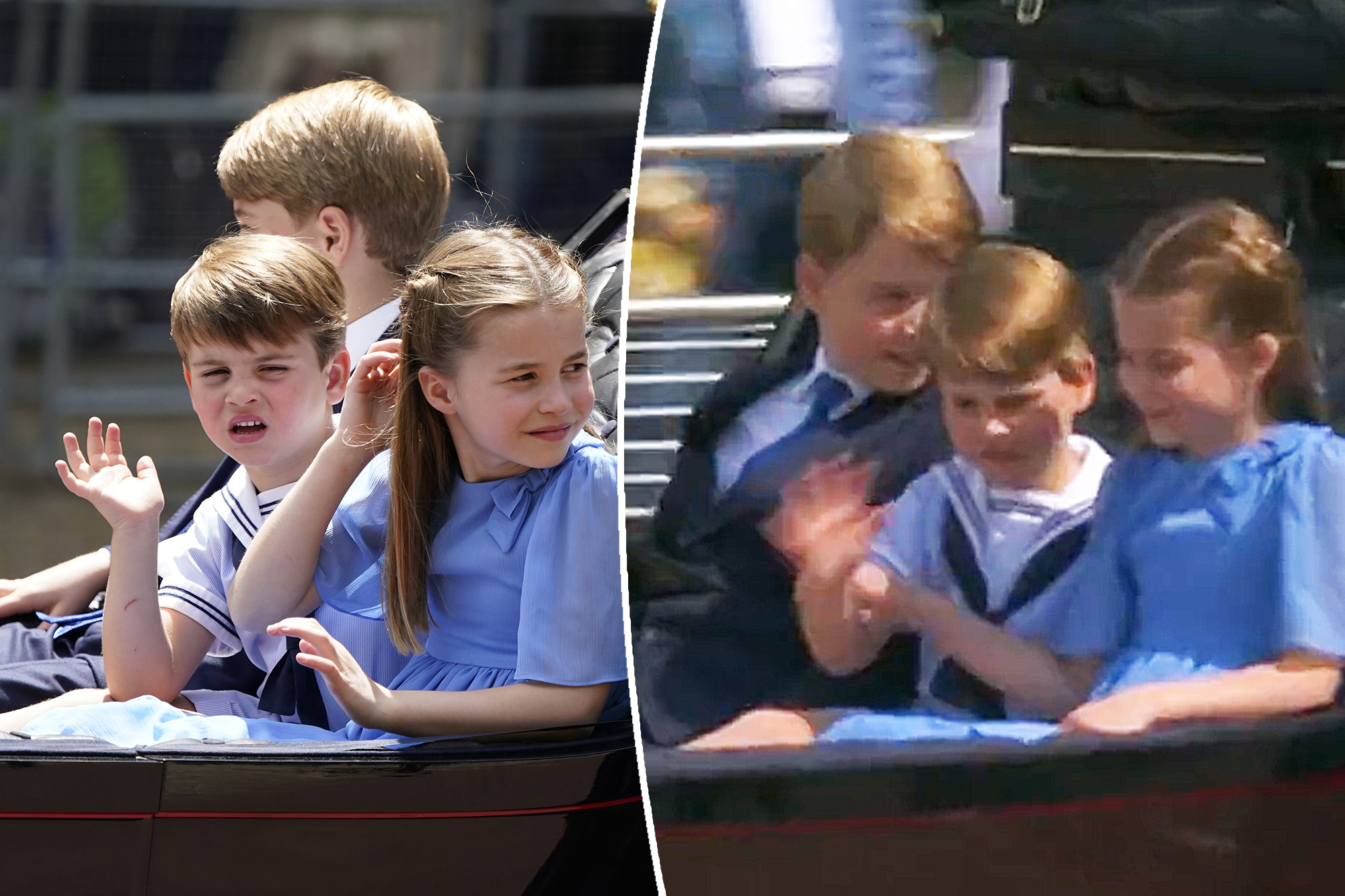 This year, the balcony photo op has been pared down to only working members of the family, which put Queen Elizabeth II front and center for her Platinum Jubilee celebration, flanked by Prince Charles and Camilla Parker Bowles as well as the Duke and Duchess of Cambridge and their kids.

Every June, the royal family hosts Trooping the Colour to celebrate the Queen’s birthday, which is actually in April. This year, however, the event is also part of the monarch’s Platinum Jubilee, which marks her unprecedented 70 years on the throne.