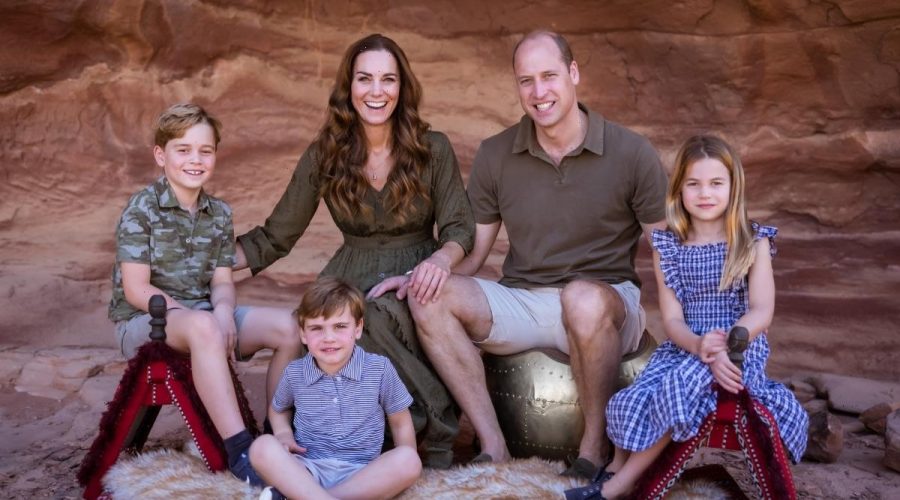 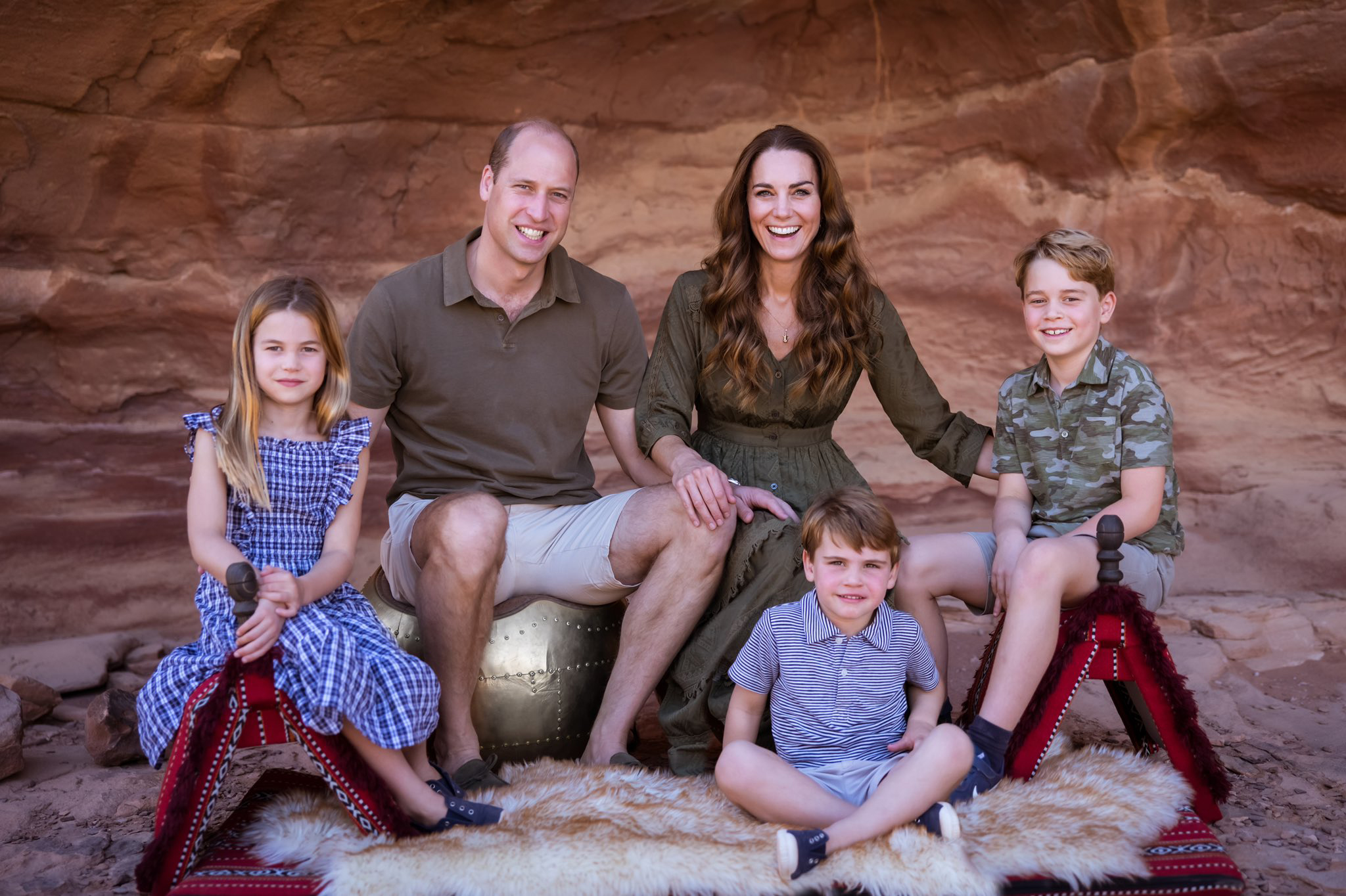 Happy holidays from the royal family! Prince William and Duchess Kate posed with their three kids for their adorable 2021 Christmas card.

“Delighted to share a new image of the family, which features on this year’s Christmas card,” the Duke and Duchess of Cambridge, both 39, captioned a Friday, December 10, Instagram photo with Prince George, 8, Princess Charlotte, 6, and Prince Louis, 3.

The couple were seated and smiling in the social media upload, wearing matching green outfits. Kate rocked a dress, while her husband sported a polo and khaki shorts. As for their children, the little ones kept their outfits casual. Charlotte grinned in a blue plaid dress, her little brother wore a striped shirt and her older sibling smiled in a camouflage button-up.

The family of five was more bundled up in their 2020 Christmas card. They all wore sweaters while sitting on a bale of hay in front of a pile of wood.

Within the last year, the duke and duchess have given sweet glimpses of their kids’ lives, from their daily arguments to their milestones.

“Most mornings there’s a massive fight between Charlotte and George as to what song is played in the morning,” William hilariously said earlier this month on Apple’s Time to Watch. “And I have to, now, basically prioritize that one day someone does this one, and another day it’s someone else’s turn. So George gets his go, then Charlotte gets her go. Such is the clamor for the music. There’s a lot of hip movements going along. There’s a lot of dressing up. Charlotte, particularly, is running around the kitchen in her dresses and ballet stuff and everything. She goes completely crazy with Louis following her around trying to do the same thing. It’s a really happy moment where the children just enjoy dancing, messing around and singing.”

As for their growth, Kate said in a May YouTube video that Louis has “gotten so big.” She gushed at the time: “He’s very quick running around. And he’s on his little scooter as well. He’s very quick. I can’t keep up with him!”

The Royal Family: Get to Know the Next Generation

Kate gave birth to her youngest child in April 2018 after welcoming George and Charlotte in 2013 and 2015, respectively. She and William will “probably stop” at three kids, royal expert Nick Bullen exclusively told Us Weekly in September.

“I think they feel that they’ve got a pretty perfect family,” the True Royalty TV cocreator explained at the time. “I think Kate was always keen to follow with her parents, [Carole Middleton and Michael Middleton], and have that sort of family of five. She’s [now] matched it.”

12/10/2021 lifestyle Comments Off on Prince William, Duchess Kate's Kids Are All Grown Up in 2021 Christmas Card
Recent Posts