Suits you! Beaming Prince Harry puts on a dapper display as he arrives to celebrate the fifth anniversary of the Invictus Games at The Guildhall

Prince Harry appeared in high spirits as he stepped out for the fifth Anniversary of the Invictus Games in London, this evening.

Dressed to impress, the Duke of Sussex, 34, donned a smart blue suit with a green tie, while sporting an Invictus Games badge on his lapel.

The reception, of which the father-of-one is the guest of honour, is at the Guildhall in the City of London. 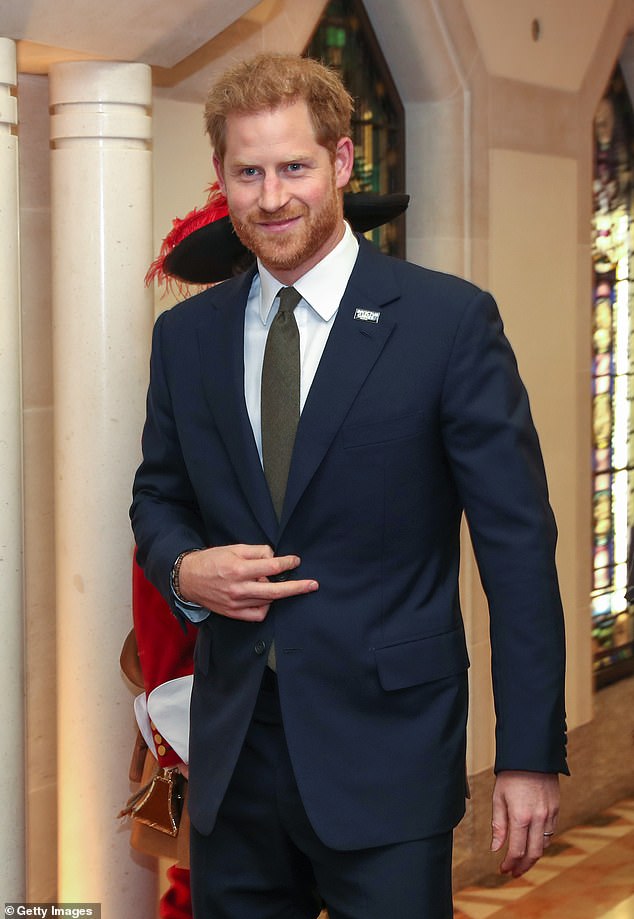 Prince Harry was all smiles as he stepped out for the fifth Anniversary of the Invictus Games in London, this evening 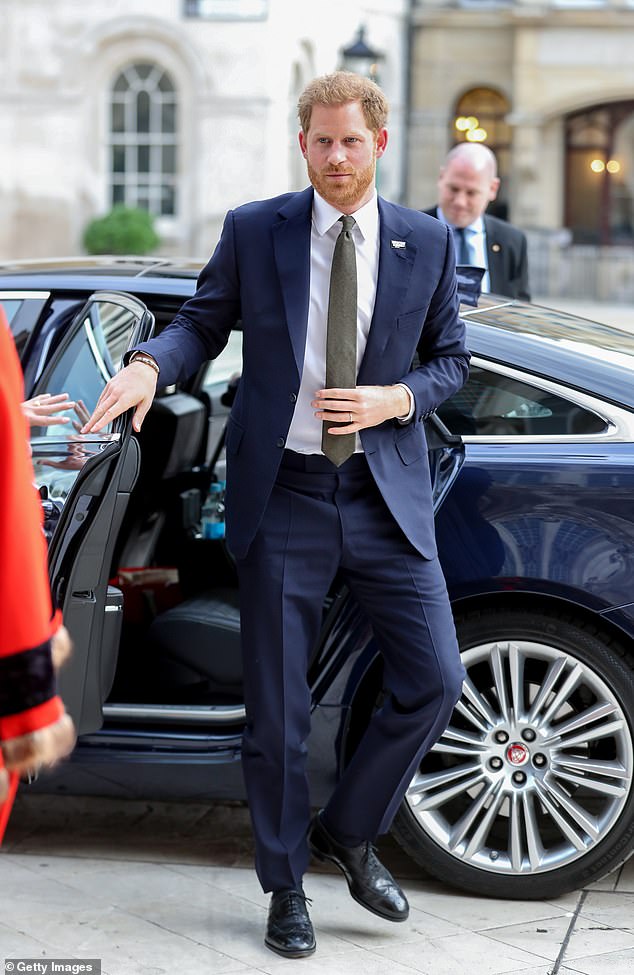 Dressed to impress, the Duke of Sussex, 34, donned a smart blue suit with a green tie, while sporting an Invictus Games badge on his lapel

Guests on the night will include former competitors and their families, supporters of the Invictus Games movement and representatives from the military community.

At the reception, the duke will make a speech after hearing former competitors JJ Chalmers from the UK and William Reynolds from the US share their recovery journey after the Games.

It is an opportunity for the Invictus Games Foundation, which oversees the delivery of the occasion, to outline its future direction.

Harry was inspired to found the global tournament for injured and wounded servicemen and women, and veterans, after seeing a similar sporting spectacle in America. 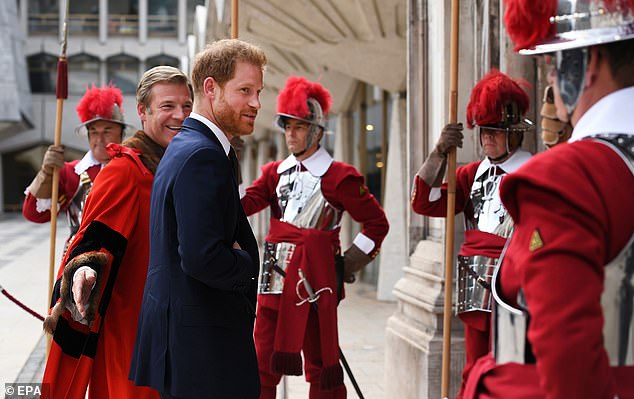 A beaming Prince Harry arrives at the Guildhall in London, for the special event this evening 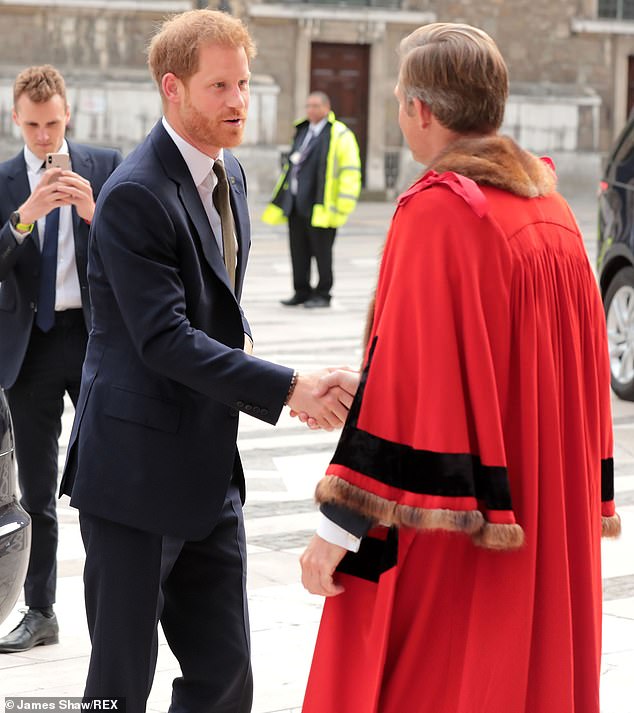 Looking effortlessly sophisticated, Harry opted for a dapper outfit when attending the event

He attended the Warrior Games in Colorado in 2013 and saw how injured American military personnel thrived on the challenge of taking part in competitive sports that aided their recovery.

In a speech in 2017, Harry spoke about that experience: ‘Sport is what would make the difference.

‘Sport would help these guys and girls fix their lives and reconnect with those around them. And the spectacle of sport combined with stories of recovery against the odds would inspire everyone who saw it.

‘I left Colorado with the determination to take this to an international audience, so more people could see what I saw. Lives had been changed in front of my eyes – amazing men and women proving the impossible is possible.’

A year after visiting Colorado, the first Invictus Games was held in London’s Olympic Park to widespread acclaim.

Meghan King Edmonds Feels ''Like a Target'' Against Jim Edmonds

Teenage Shirley Bassey is captured in black and white photos