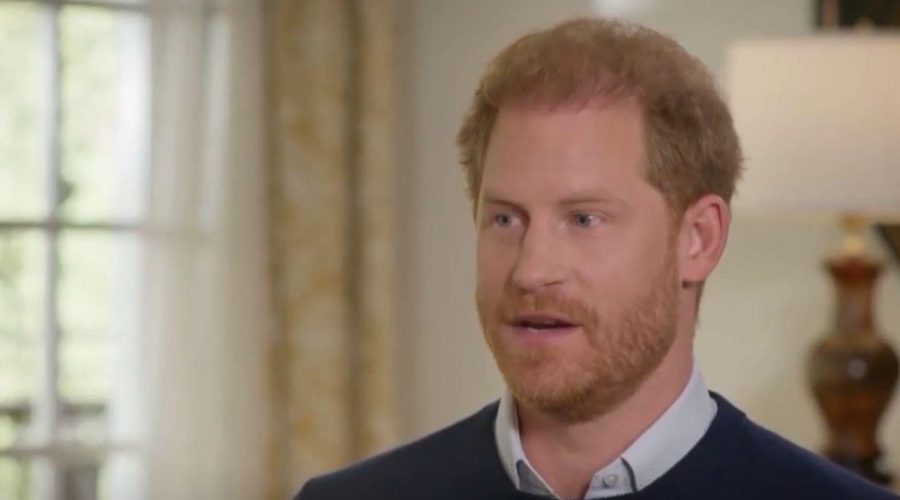 The interview between Prince Harry and Tom Bradby will be aired tonight at 9pm on ITV. It will touch on his complex relationship with his family, his father King Charles’ upcoming coronation, and the personal tragedy of losing his mother at a young age among other important topics.

Body language expert Judi James spoke exclusively to Express.co.uk about the way the Duke of Sussex recalls his mother’s passing, and what this might mean for how he has processed her death.

As Diana’s youngest son, Harry lost his mother when he was just 12 years old, while his older brother Prince William was 15.

In conversation with Tom Bradby, Harry stated: “Everyone knows where they were and what they were doing the night my mother died.

“I cried once at the burial and I go into detail about how strange it was, how actually there was some guilt that I felt and I think William felt as well by walking around the outside of Kensington Palace.

“There were 50,000 bouquets of flowers to our mother, and there we were shaking peoples’ hands and smiling.

“I’ve seen the videos, I’ve looked back over it all, and the wet hands we were shaking we couldn’t understand why their hands were wet but it was all the tears they were wiping away.”

He concluded: “Everyone felt and thought that they knew our mum, and the two closest people to her, the two most loved people by her, were unable to show any emotion in that moment.”

According to Judi, the way in which Harry communicated this message is just as important and telling as the words he used.

She observed: “Harry begins with a sideways move of the eyes and the faintest, weak smile of bravado that is a common gesture when people are talking about personal tragedy.

“His eyes roll upward when he says ‘I cried once’ and in this cut-off ritual and the mouth grimace that accompanies it, with the lips stretching horizontally baring the lower teeth, we can see a real response of pain at the memory.”

Yet Judi suggested that the Prince may not have totally processed his mother’s devastating passing.

According to the expert, he “employed a distancing technique” with his tone of voice and gestures.

She explained: “As Harry talks about the effect of his mother’s death when he was a child he seems to suggest the memory is still too raw for him to immerse himself.

“Harry becomes almost professional here, talking almost as though he is a therapist talking about a patient.

“He gesticulates with his left hand in a ‘conducting’ move that seems to be a ploy to keep it professional rather than dissolving into emotion.

“He also talks about himself and William as a verbal outsider, making him sound more like a ‘talking head’ commentator on a documentary rather than someone sharing first person.”

Harry’s closing thought in this short clip was that he and William were unable to match the open emotions felt by the public, despite being ridiculously close to her.

However, despite the profundity and gravity of the statement, it wasn’t conveyed with the sense of feeling that might be expected.

She concluded that this “could be Harry’s way of suppressing or avoiding a more emotional response”.

Harry: The Interview will be broadcast at 9pm on ITV1 and ITVX on Sunday.