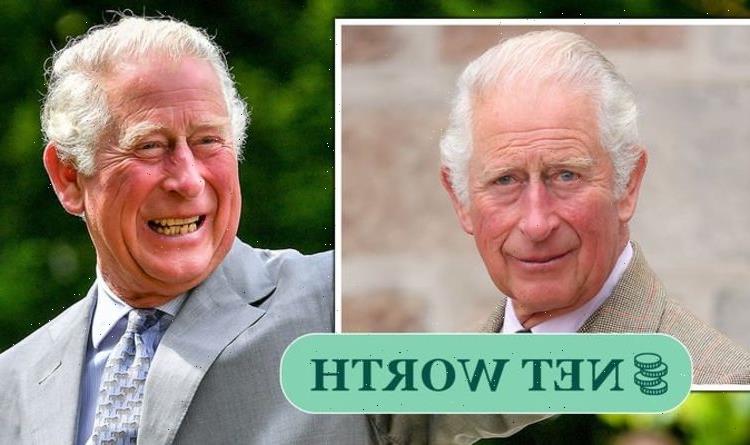 The Royal Family are known to be incredibly wealthy, with the Queen thought to have the most cash as the head of the royal house. Several streams of income make up the impressive wealth Prince Charles also possesses. Read on to find out more about Charles’ net worth and where his money comes from.

Is Prince Charles a billionaire?

A certain figure for Prince Charles’ net worth is difficult to attain, as the figure varies widely depending on the source.

Charles is not thought to be a billionaire, but several reports have indicated the future King is worth several millions of pounds.

Prince Charles is the current Duke of Cornwall as heir to the throne.

The Duchy of Cornwall currently provides Charles with an annual income of £21million, according to the Prince of Wales’ official website.

This money is used by Charles “to support himself, his children and their families”.

The money is also used by Charles in his philanthropic work, which according to his website “raises over £100million annually for a variety of good causes”.

According to the Clarence House annual review 2020, the Duchy of Cornwall provided an income of £22.244million in the year to March 31.

The Sovereign Grant provided an income of £1.762million.

The Duchy of Cornwall was established by Edward III in 1337 and it consists of 53,000 hectares of land in 23 counties, which are mostly located in the South West of England.

How much money does the Royal Family have?

The money experts at Forbes also said the Queen has another estimated $500million (estimated £377,712,500) in personal assets.

A portion of the Crown Estate funds generated is paid to the Royal Family in the Sovereign Grant, which pays for official expenses of working royals.

But like Charles, the Queen also has her own Duchy – the Duchy of Lancaster.

The Duchy of Lancaster has traditionally been the private estate of the British sovereign and it is a source of independent income for the Queen.

12/07/2021 lifestyle Comments Off on Prince Charles net worth: Is Charles a billionaire? Staggering wealth of future King
Recent Posts