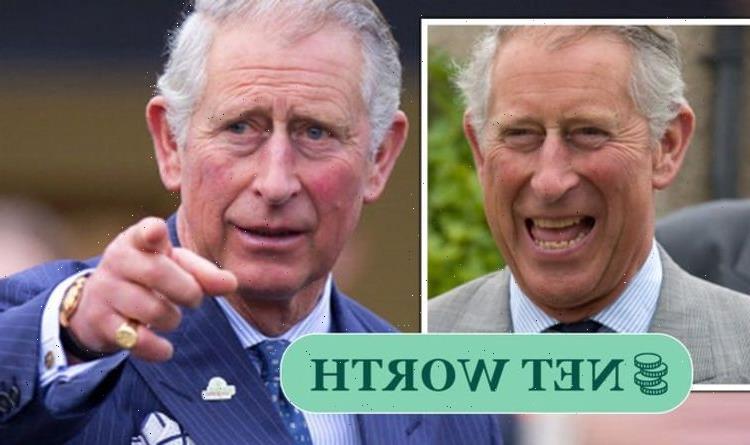 Prince Charles is the eldest child of the Queen and is a full-time working member of the Royal Family. As well as representing the Queen on various royal engagements, he is the owner of the Duchy of Cornwall and president of a number of charities. He is one of the richest members of the Royal Family, so what did he do to earn his millions?

Prince Charles is believed to be worth an astonishing £312.138million, largely because of property owned by the Duchy of Cornwall.

Not only is he first in line to the throne, but Charles’ staggering fortune also makes him the second richest member of the Royal Family behind the Queen.

He has racked up the eye-watering from various sources during his life.

As the eldest son of the reigning monarch, Charles is in possession of the Duchy of Cornwall which is his biggest source of income.

With this title, he receives the revenue of the private estate and it is estimated he gets an annual income of around £21million from this.

His extensive estate is spent across 23 counties in England and Wales and he has 52,760 hectares of land and 2,360 hectares of woodland.

As well as this staggering annual fee, the total value of the assets, including land, property and investments, were valued at £1.1billion in 2018-2019.

Although the duchy is considered to be a crown body and therefore exempt from corporation tax, Prince Charles reportedly volunteered to pay income tax on the duchy income.

Like many royals, Charles also spent time working with the military forces and has served in the Royal Air Force and Royal Navy.

This helped him start to build up wealth away from the Royal Family.

He is likely to have boosted his wealth when he served in the Royal Navy working across different ships from 1970 to 1974.

Charles later qualified as a helicopter pilot at RNAS Yeovilton and continued to do various jobs for the forces until he retired in 1976.

Being the second richest member of the Royal Family, Charles has also shown off his charitable side over the years.

Since founding The Prince’s Trust in 1976, the royal has established 16 other charities and he is president of them all.

Across all the organisations, they boast raising over £100million each year.

His brother, Prince Andrew, 61, follows Prince Charles and is the third richest member of the family.

Prince Andrew worked for the royal forces for many years and managed to build up an eye-watering fortune.

He reportedly has an astounding £57million in the bank which means only the Queen and Prince Charles are richer than him in the family.

11/29/2021 lifestyle Comments Off on Prince Charles net worth: How much the future King makes from Duchy of Cornwall
Recent Posts