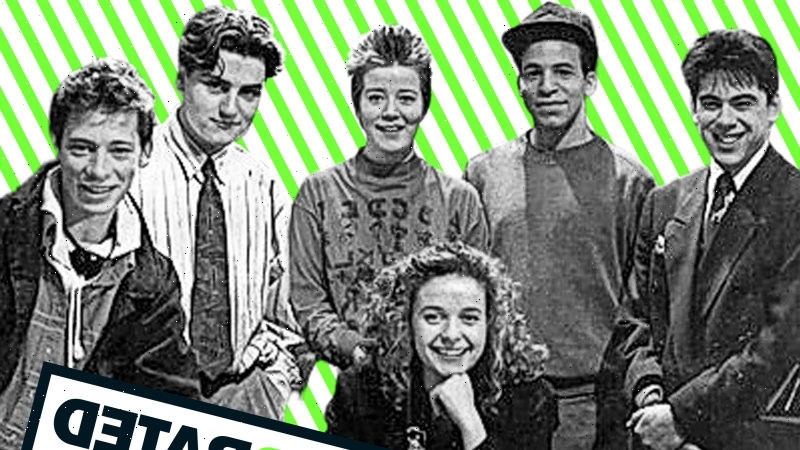 When the celebrated British TV writer Steven Moffat visited Australia a while back, he was surprised to find himself being repeatedly asked questions about, in Marc Fennell’s words, “his most important show”.

Was it Dr Who, one of the most legendary TV shows to have ever existed? No. Was it Sherlock, which at the time was one of the most streamed shows in the world? No. It was… the long-dead nineties youth drama, Press Gang. 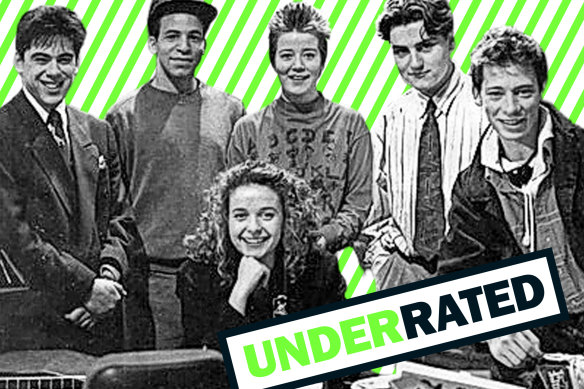 Press Gang: Get it back on the ABC where it belongs.Credit:Marija Ercegovac

“Apparently it was very famous here! I had no idea,” was Moffatt’s bamboozled reply.

Dexter Fletcher, an actual film actor/director, no doubt felt similarly perplexed when in 2014, another local publication referred to him in a headline as “Press Gang’s Dexter Fletcher”.

“The thing about it is, it was 25 years ago!” Fletcher responded, which was factually correct but, also, you’ve entirely missed the point, Spike.

Now it’s been 33 years since Press Gang first aired. This is a number so unbelievable that as I was adding it up on my fingers, I had to stop and restart several times, muttering “But how?!” Because the plot lines, and some actual lines, from this apparently ancient show are easier for me to recall than what I watched on TV last night.

I know I’m not alone. Press Gang is burnt into the minds of many Australians (born between, let’s say, 1977 and 1986), in the kind of technicolour reminiscent of Michael Tunn’s wardrobe on The Afternoon Show (1991 to 1993).

I don’t know why the show had such an outsized impact in Australia in particular. Maybe we were just grateful it wasn’t Rocky and Bullwinkle again. All I know is that our minds are one of the very few places where you can see Press Gang in Australia today, apart from some copyright-violating YouTube uploads which I’m not going to link to.

Spend some time on those dodgy YouTube videos with a strange aspect ratio and you’ll see immediately that Press Gang is, in fact, even better than you remember. It turns out we Australian Xennials were at our micro-generational best when we gave this children’s series more attention than it seemed to deserve. Somehow we knew, even then, that Press Gang was one of the best TV shows ever made. And it still is! From-the-Heart City. Total Sincerityville.

For starters, Press Gang has no business being as funny as it is. It should just be an earnest after-school special about precocious teenagers running a newspaper. But even in episodes about seriously dark issues (probably too dark for children’s TV today), there are more LOLs than you get from most adult comedies. You probably remember the disarmingly chilling two-part episode on child sexual abuse (Something Terrible); you might have forgotten, like I had, that it’s also jam-packed with laugh-a-minute banter.

And speaking of the banter: oh my god, the sexual tension. The back-and-forth between American bad boy Spike Thompson (Fletcher) and Junior Gazette editor Lynda Day (Julia Sawalha) was foundationally hot for me. I mean, come on: the hunkiest, most popular boy in school falls for the smartest, most ambitious girl and loves her just the way she is? What a dream for those of us dressed in opaque stockings, sensible shoes, and oversized cardigans.

But there’s something in Press Gang even more mind-blowing than the sexual chemistry. It is Lynda Day herself. I’m happy to be corrected, but I don’t think we’ve seen a female character, before or since, who’s more unapologetically unlikable – and gets rewarded for it.

Lynda is smarter than everyone else and better at her job, and she’s not afraid to show it. She’s not bowed by either popular opinion or middle-aged men in powerful positions. She controls the newsroom with whatever is stronger than an iron fist. “See where it says ‘ruler’? That’s who it belongs to,” she says in a great joke about office supplies.

But Lynda Day is no Miranda Priestly. We never see Lynda privately sobbing over her personal sacrifices or failed work/life balance. Steven Moffat not only gave us Lynda, but a plot for her to thrive in too. She doesn’t need a redemptive arc, thank you very much, because she doesn’t need redemption. She is doing what she was born to do and doing it well.

As a teenage girl, this was more alluring to me than Spike’s luscious lips. As a 42-year-old, I still feel the same way.

Moffat says he had to fight to give us this Lynda, with the show’s producers repeatedly requesting he write her to be “vulnerable on the inside”. He would reply: “Why aren’t you saying that about any other character in this show?”

It’s this refusal to give us what we expect which makes Press Gang, despite its scrunchies and typewriters, as relevant in 2022 as it was in the nineties. It should be a point of national pride to get it streaming on the ABC, its spiritual home, so the Junior Gazette can be a “voice for today’s youth” today.

Moffat has said he’d even be up for writing new episodes, although admitting it would be “a tough ask of an audience to care about picking up those characters again”. No, it wouldn’t! We need to see them now as much as we did 30 years ago.

Tabitha Carvan is the author of This Is Not a Book About Benedict Cumberbatch: On Finding Your Thing and Loving It Like Your Life Depends On It (Fourth Estate).