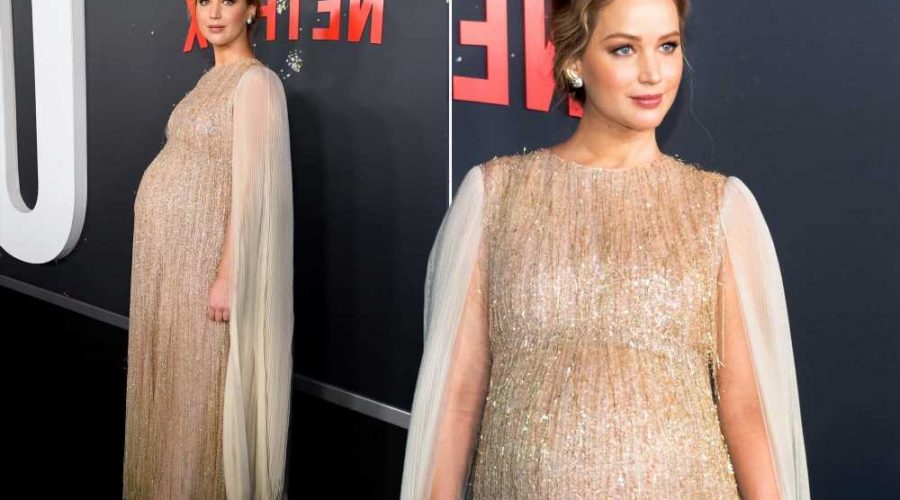 Jennifer Lawrence is back in the spotlight — and seriously glowing.

The pregnant Oscar winner, 31, walked her first major red carpet in years on Sunday, draping her baby bump in glittering gold Dior for the premiere of “Don’t Look Up” in NYC.

Lawrence’s look featured allover embroidery and embellishment as well as pleated cape sleeves for added drama, and she paired it with Tiffany & Co. Schlumberger earrings and softly swept-back hair.

While the actress — who’s been a Dior ambassador for almost a decade — has sat front row at several of the fashion house’s runway shows over the past several years, the last premiere she attended was for “Dark Phoenix” in June 2019. 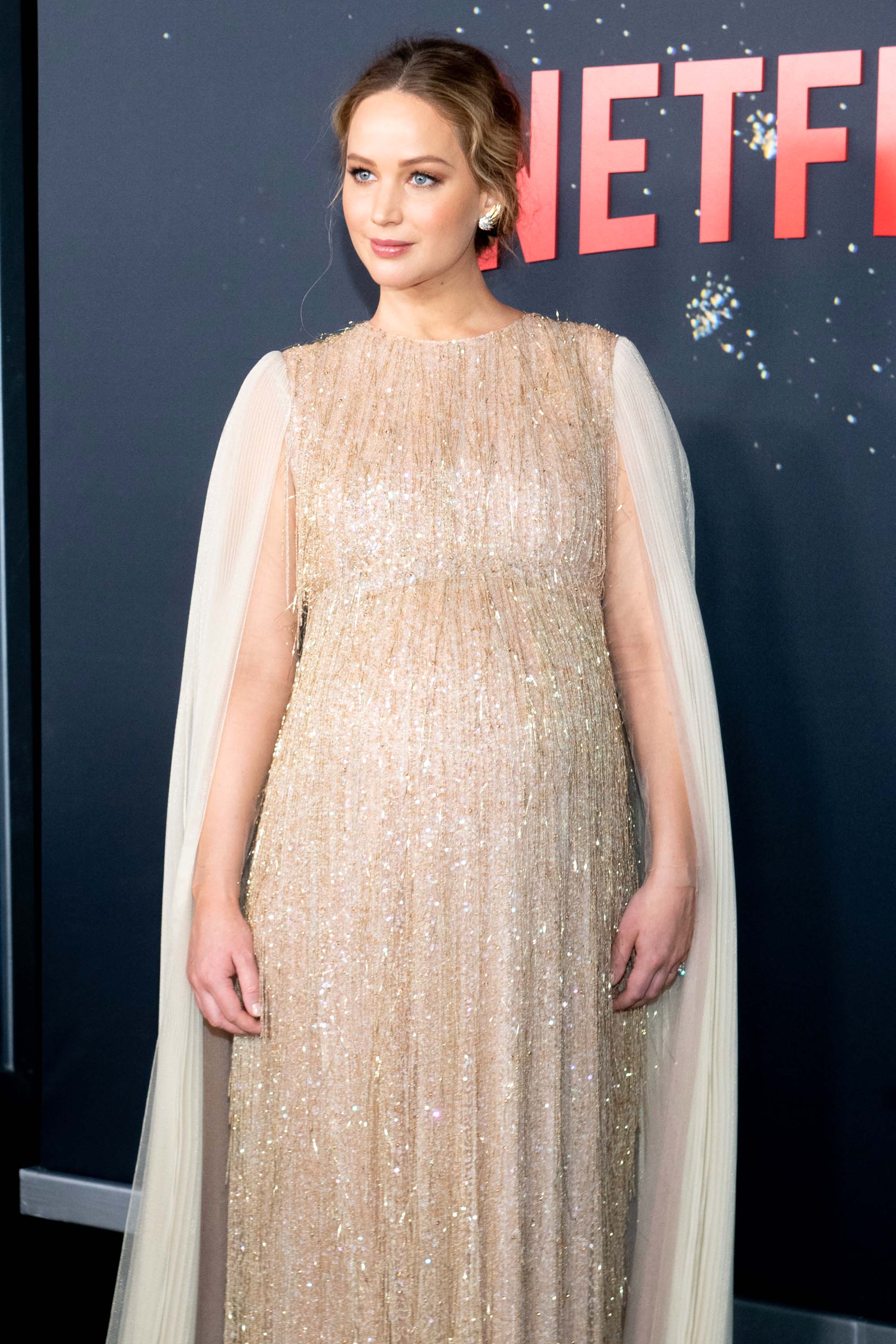 Lawrence, who’s expecting her first child with husband Cooke Maroney, was joined by her co-star Leonardo DiCaprio on the red carpet. Meryl Streep, Jonah Hill and Kid Cudi, who also appear in the Adam McKay-directed comedy, attended as well.

The “Hunger Games” star married 37-year-old Maroney in 2019, during her break from the public eye; she wore Dior for her big day, of course. And while Lawrence has shown off her maternity style while out and about around NYC in recent months, she’s kept her pregnancy relatively private. 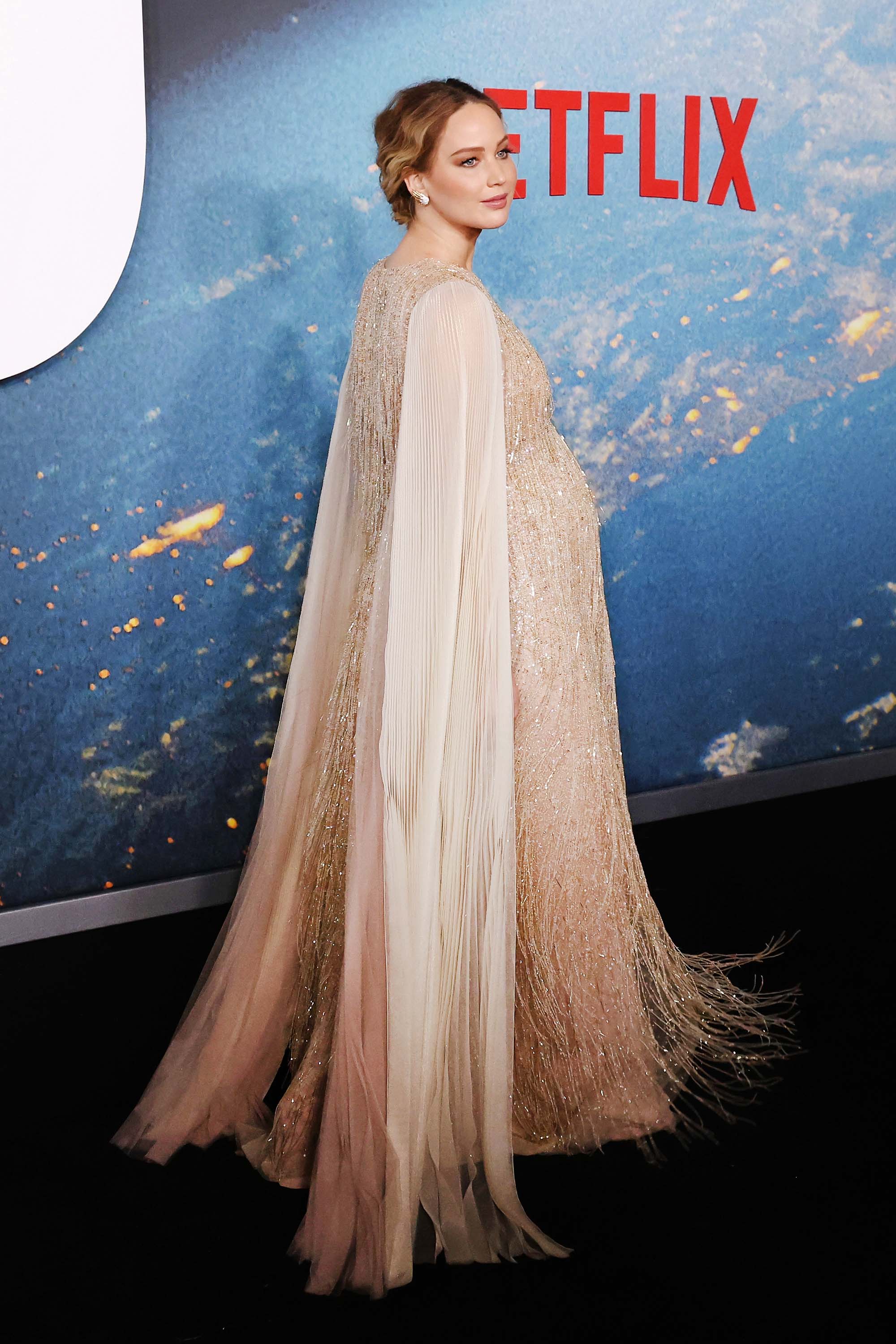 “If I was at a dinner party, and somebody was like, ‘Oh, my God, you’re expecting a baby,’ I wouldn’t be like, ‘God, I can’t talk about that. Get away from me, you psycho!’ But every instinct in my body wants to protect their privacy for the rest of their lives, as much as I can,” she told Vanity Fair.

“Don’t Look Up” hits select theaters on Dec. 10, and will be streaming on Netflix starting Dec. 24. 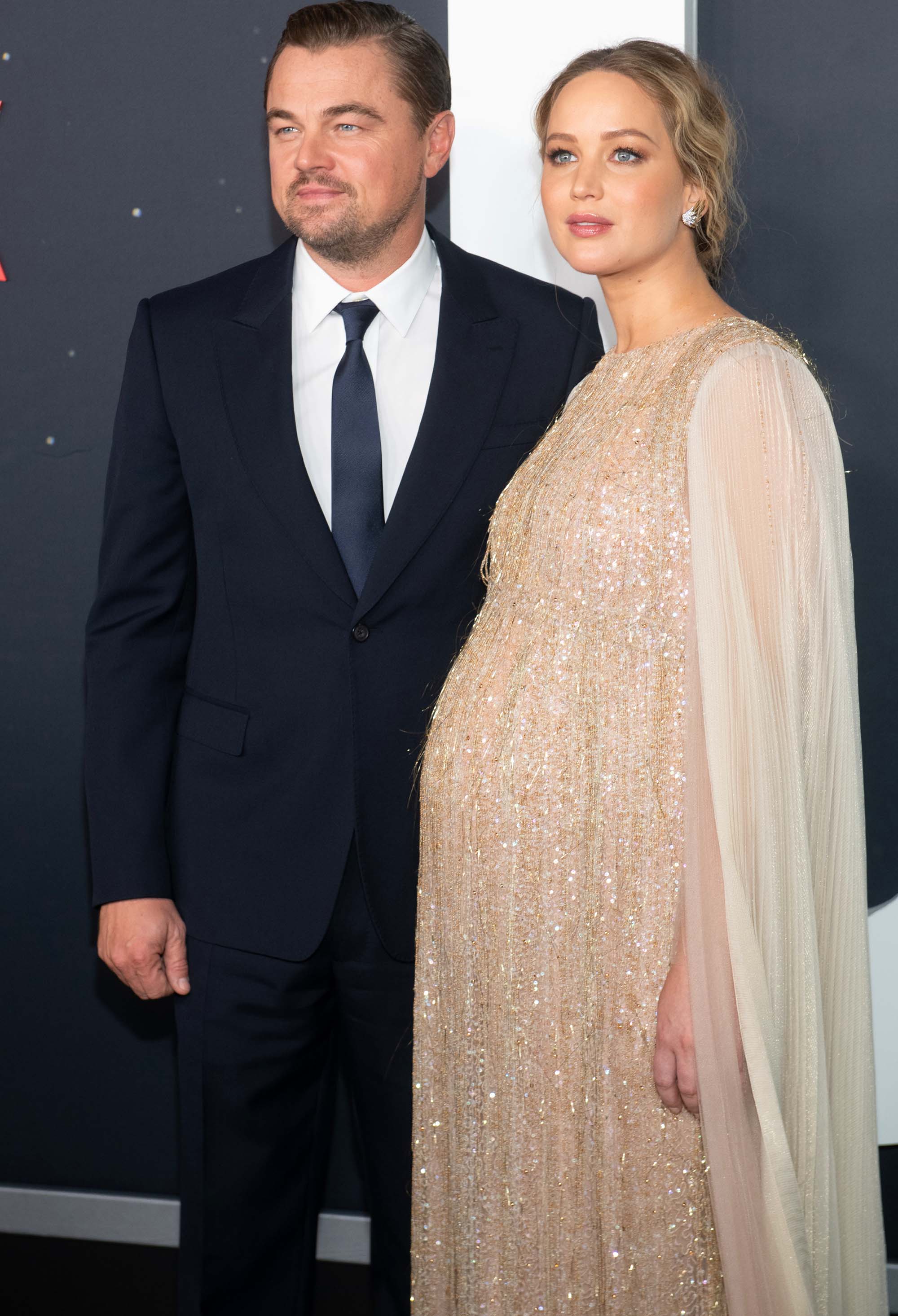