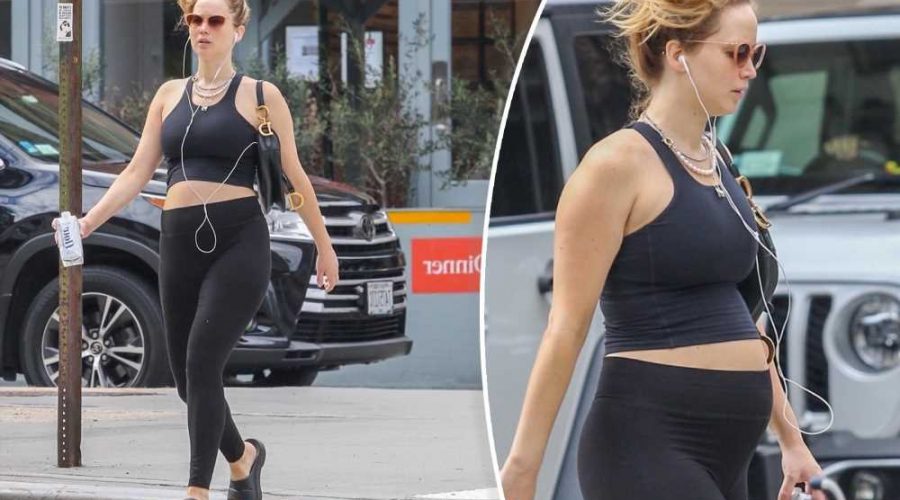 Jennifer Lawrence showed off her growing baby bump while going for a walk in New York City on Sunday.

The 31-year-old, who is expecting her first child with husband Cooke Maroney, was seen heading to a workout session in the downtown Manhattan area.

The “Bad Blood” actress was appropriately dressed in athleisure that consisted of a black spandex set and matching slip-on sandals. 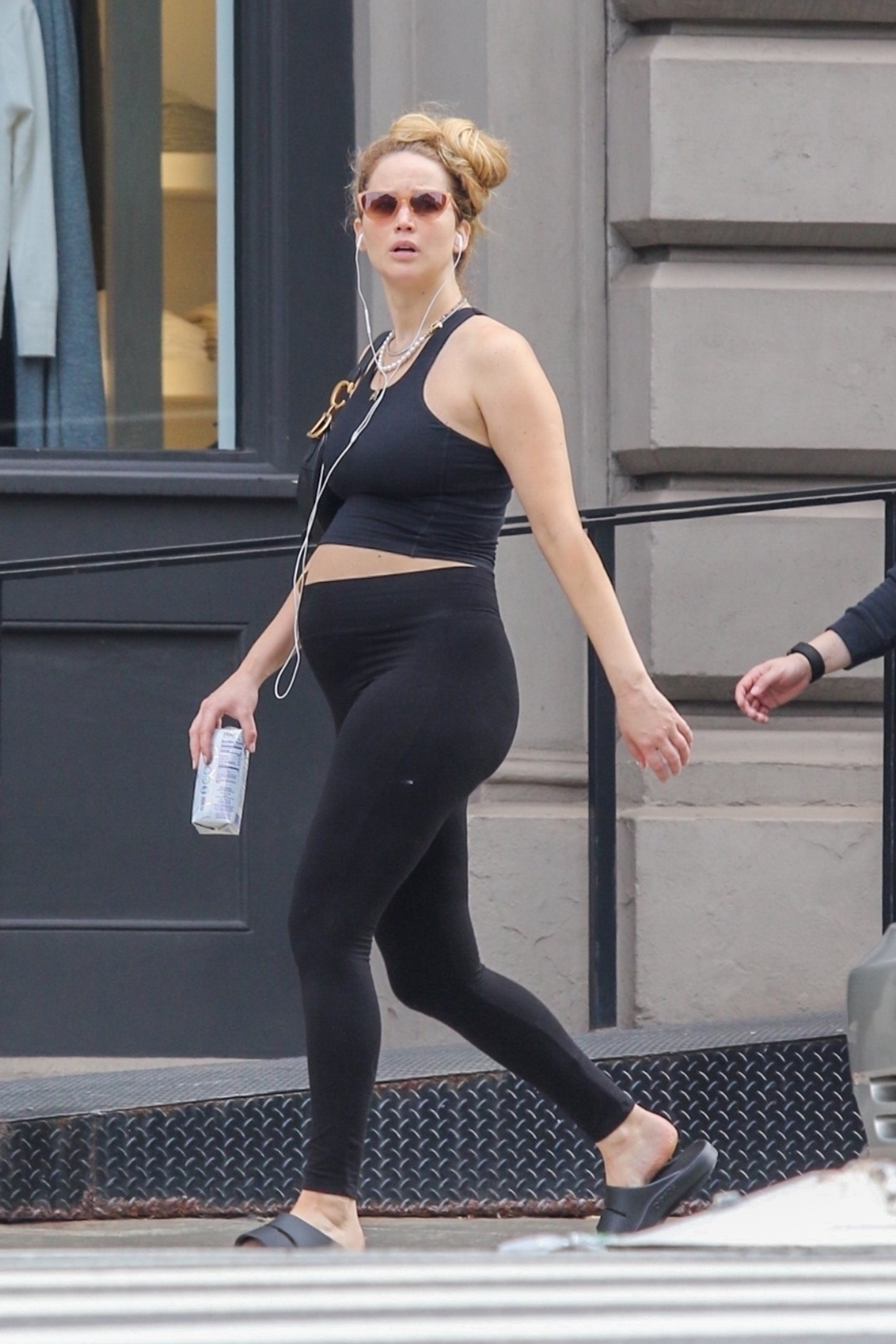 She accessorized her low maintenance look with a pair of nude cat-eye sunglasses, a pearl necklace and a black Dior saddle bag. Her hair was fittingly tossed into a messy bun.

The “Hunger Games” star appeared ready for her sweat session, holding on to a bottle of Flow alkaline water and listening to some tunes on her iPhone. 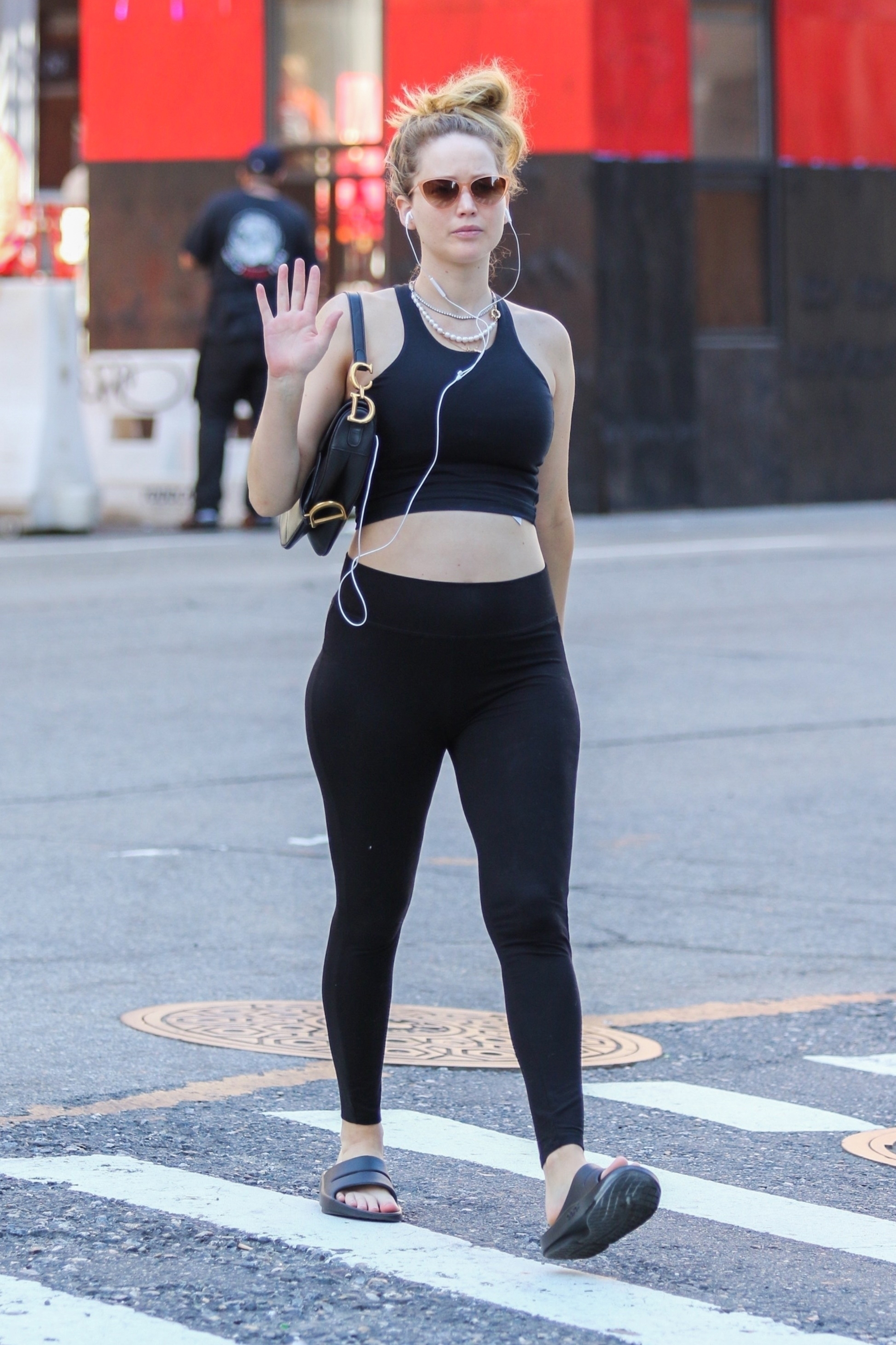 Lawrence’s pregnancy style has been on display in the Big Apple in recent months as she prepares to give birth.

In September, she was spotted wearing floral overalls, a T-shirt and jelly sandals as she met up with a friend for lunch at a downtown eatery.

A source close to the actress previously told People that Lawrence is “looking forward” to becoming a parent. 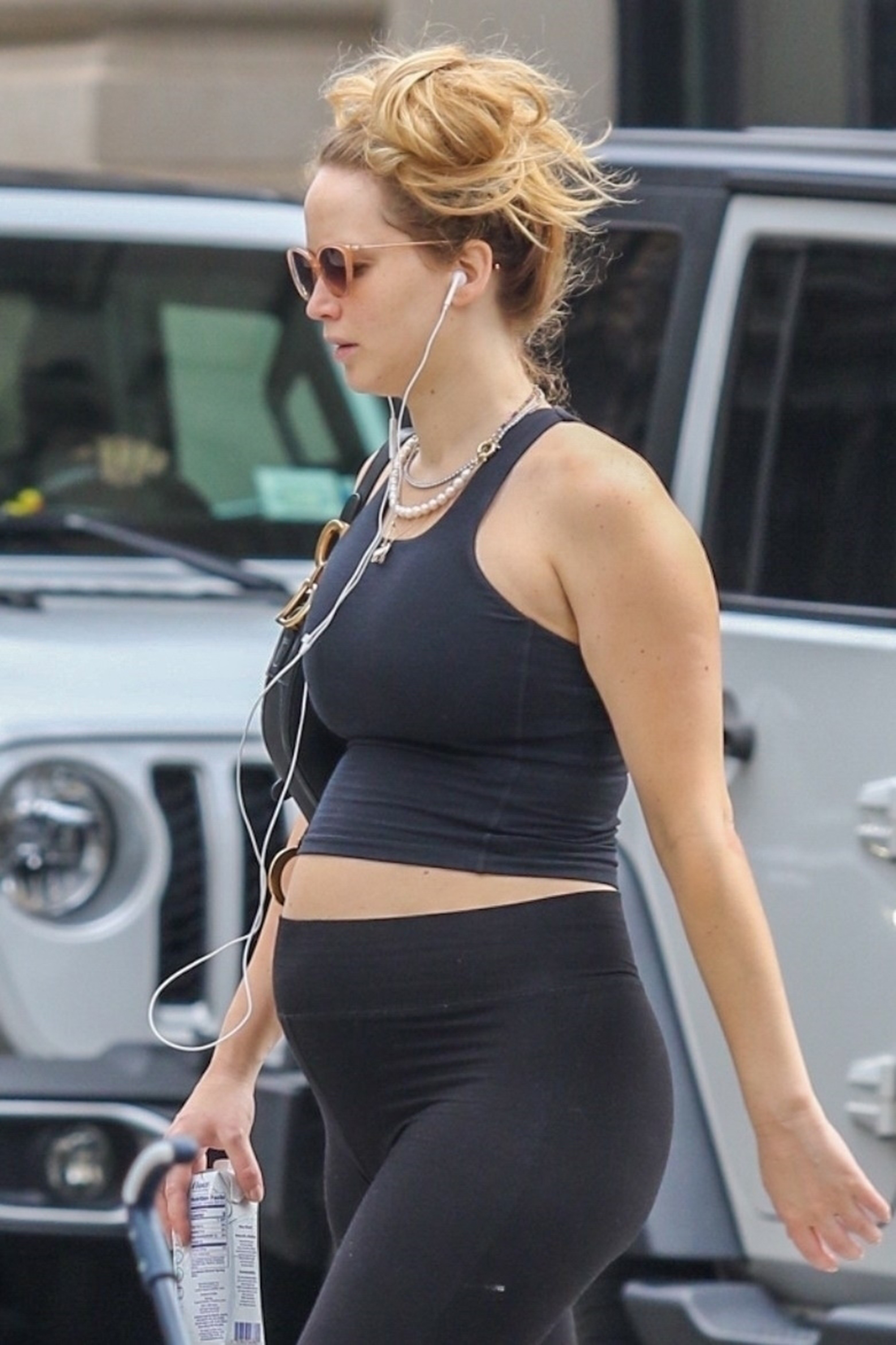 “Jen wanted a family for a long time and found an ideal mate whom she loves, respects and enjoys being around,” the insider said. “She loves married life, and they have a solid foundation for a baby. She is very happy and looking forward to being a mom.”

The couple met through her BFF, Laura Simpson, and quietly dated over the summer of 2018 before getting engaged in February 2019. 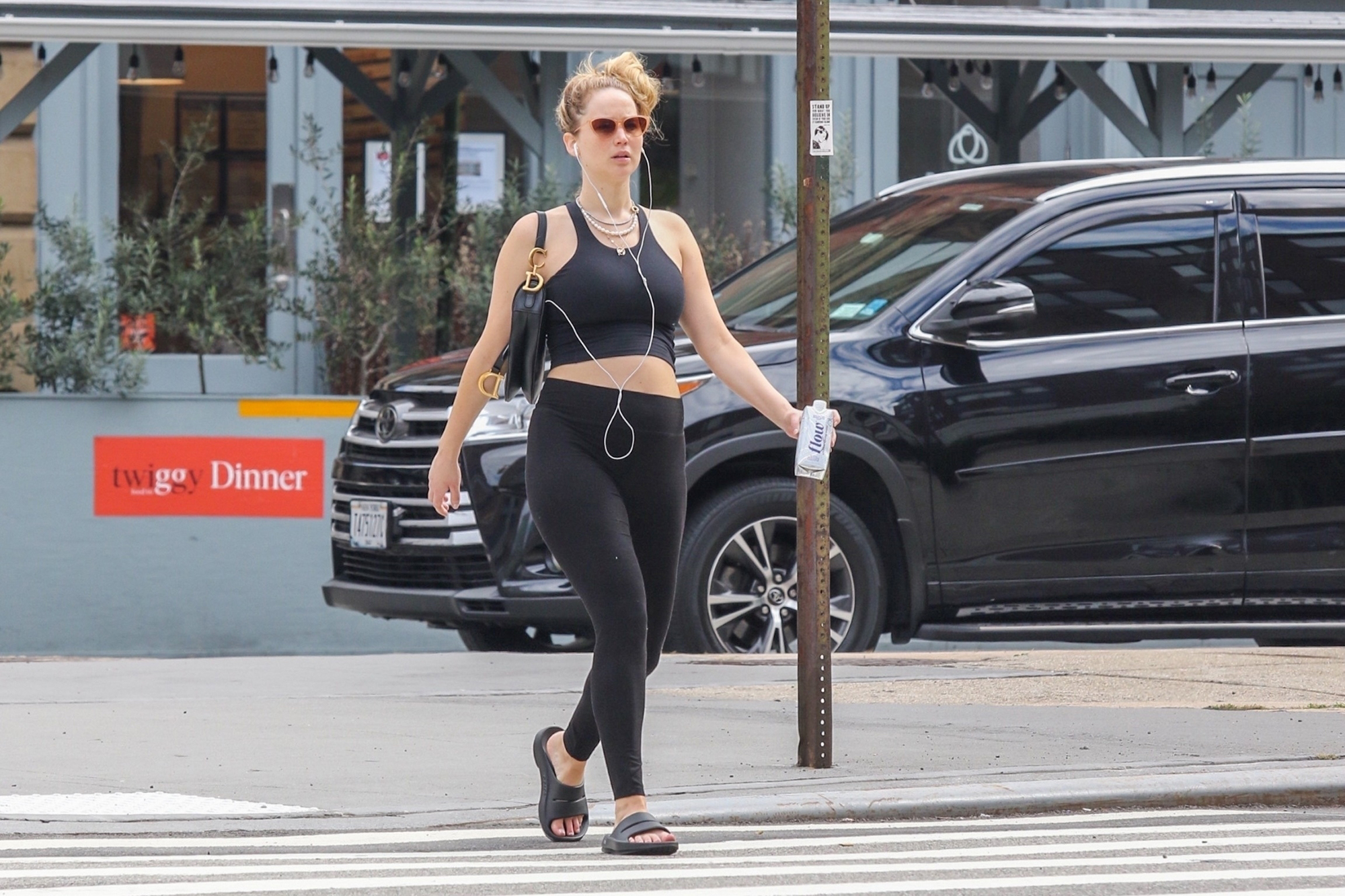 Lawrence and Maroney spend most of their time in New York, but they also have a home in Beverly Hills, which was targeted by an intruder last year.