Why Cynthia Bailey won’t allow Beyoncé, thongs or twerking in her home

The “Real Housewives of Atlanta” star, 40, spread a message of body positivity on Tuesday, sporting an orange bodycon dress for a candid mirror selfie.

“PSA: If you have ass and have not had lipo or tummy tuck dis what yo stomach and body gone look like!” she captioned the candid snap.

“Get whatever surgery you want but at least remember if you have a fupa or gut it’s OKKKKK.”

The reality star, who featured a similar style dress ($17.99) in her recent Amazon Influencer Program livestream, continued, “I was just trying in my @amazon dress and figured I would share that.”

The “RHOA”‘s friends and fans praised her for the empowering message, with one writing, “Love this sis and this reminder is needed,” and another adding, “Thanks for being transparent and REAL!!!”

“U was just flat Yesterday… you are just bloated. Be kind to yourself pumpkin,” Tamar Braxton commented, while “RHONJ” star Margaret Josephs showed her support with a series of emojis.

Williams has previously opened up about her cosmetic procedures, sharing an Instagram video of her non-surgical nose job in 2016. 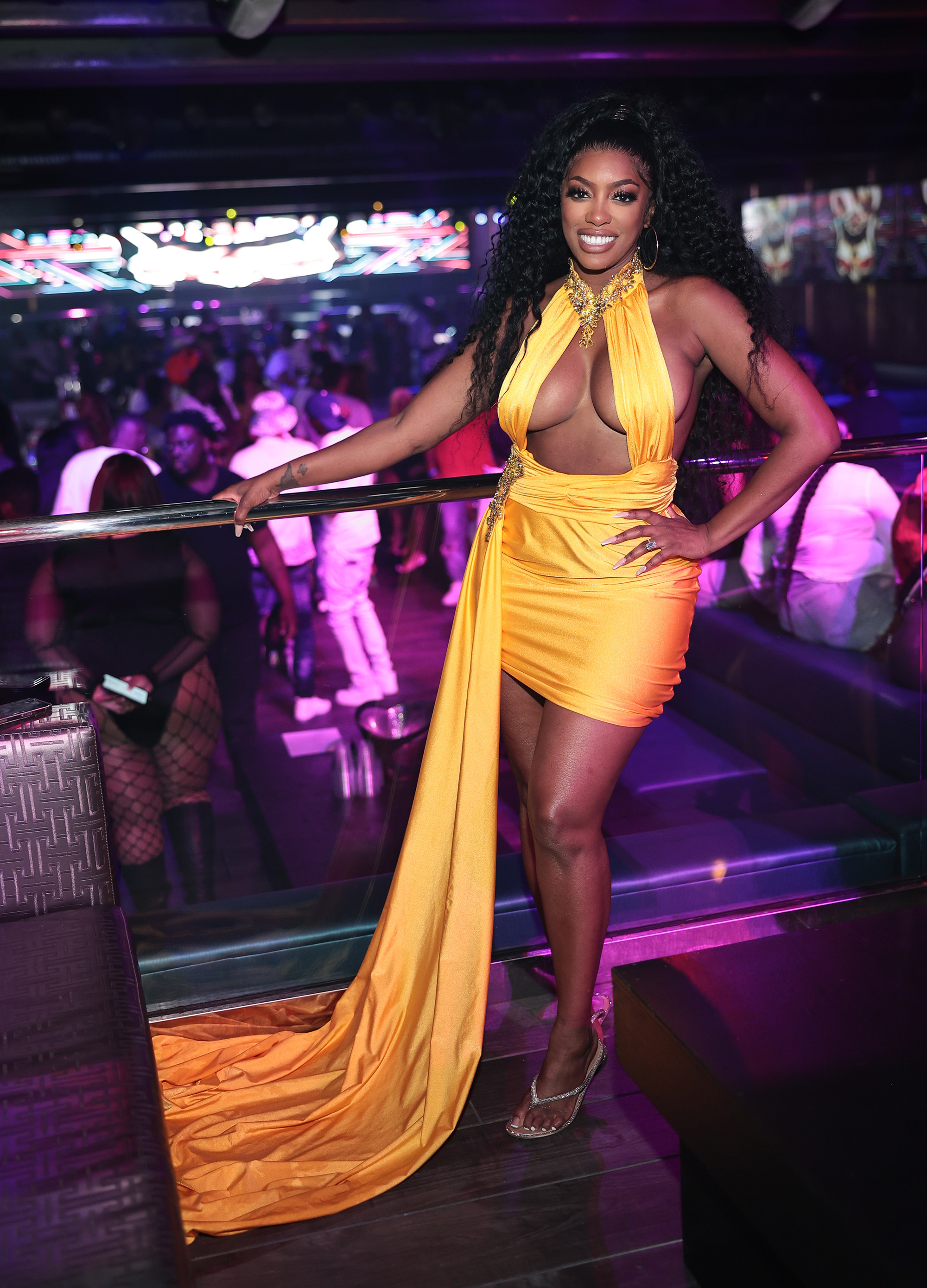 Her latest candid post comes shortly after she celebrated her 40th birthday with a series of bikini photos in June. She also sparred with former “RHOA” castmate Nene Leakes in 2019 when the latter made body-shaming comments about Williams after giving birth to her daughter, Pilar.

Earlier in the month, Williams announced her exit from the show “Dish Nation” after eight years. But things don’t seem to be slowing down for the star, who shared that she is currently planning three wedding ceremonies for her nuptials to fiancé Simon Guobadia.

A source exclusively revealed to Page Six in May that filming for a three-part Bravo special about Williams’ life was also set to begin this summer.