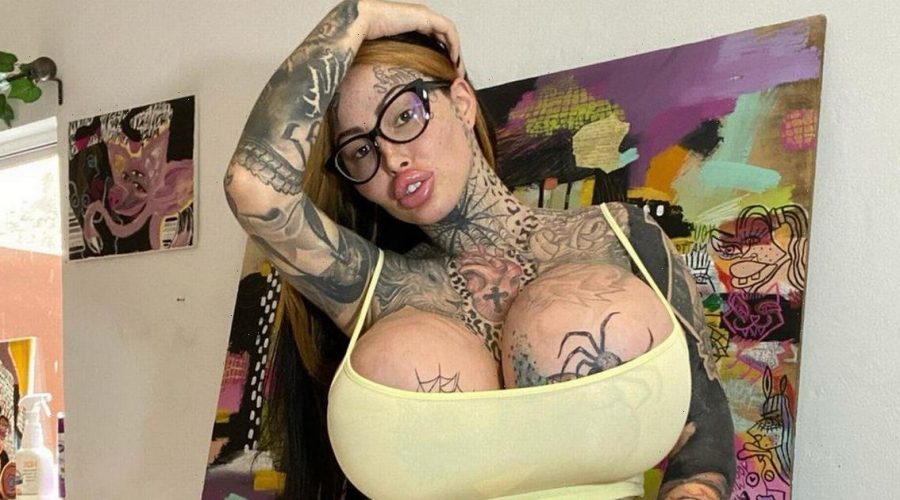 A plastic surgery fanatic who has claimed she has “the world’s fattest vagina” has revealed that people often inappropriately sexualise her in public by "licking" and touching her boobs.

The woman, who calls herself Mary Magdalene, has had countless surgeries on her face, body, and boobs, and is also heavily tattooed.

In the past, Mary has revealed how she has had 3000cc breast expanders inserted into her boobs in an effort to further enhance her voluptuous figure.

As a result of her operations, the American has become famous for her exaggerated features, and models on adult images site OnlyFans, receiving cash from paying subscribers.

But, interviewed by fellow adult film star Adam Grandmason on his No Jumper podcast, Mary has explained that her extreme looks have left her the victim to inappropriate responses from others. “I was at the club the other day and this girl started licking my t*ts and I didn’t like it”, she recalled.

“That’s what I don’t like about my look, it’s whenever people come and ask for a picture, they feel like they’re entitled to touch me.

“It’s like ‘babes, if you want to touch me, ask’, I hate how they feel like they can grab me. That’s wrong." The model even recalled a time when, recently, a woman who was hitting on her asked her friends whether she should touch Mary without asking her first, before being dragged away by her friends.

“I’m just used to being sexualised, so a lot of the time I don’t speak up for myself, but I really should”, she added.

And despite her sexualised image, Mary admitted that she does still enjoy dressing down at home. She continued: “When I’m at home I dress like a boy, but when I’m travelling I like to look like a cheap Vegas hooker, that’s my aesthetic.”

Earlier on in the interview, Mary also shared the story of how her quest to have the “world’s fattest vagina” unexpectedly left her with lower anatomy looking like “female genitals”.