A Philippine island that was once dubbed a ‘cesspool’ by the country’s president has finally re-opened to tourists.

The holiday hot spot of Boracay Island was closed for six months in order for a clean up following years of overcrowding, partying and neglect.

And now it has re-opened, visitors are being forced to sign oaths, promising to follow the new rules, including proper waste disposal and a ban on alcohol, smoking, bonfires and wild partying on the beach, officials said. 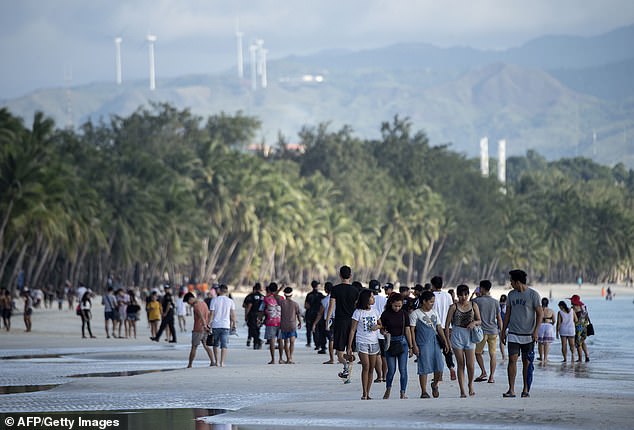 Officials on the island in central Aklan province have also imposed new rules to regulate the influx of visitors and beach parties, decongest resorts and prevent sewage from being discharged directly into the turquoise waters.

Only a portion of Boracay’s hotels and other businesses have reopened under the new rules, and a fraction of the more than 20,000 workers who lost their jobs have been rehired.

Tourism secretary Berna Romulo-Puyat said in a message to incoming tourists: ‘Let us treat the island as our home. Keep it clean and pristine. Don’t drink alcohol or smoke in the beach, don’t litter.’

Meanwhile cabinet officials and local celebrities attended a ceremony to mark Boracay’s ‘soft opening’ on a white-sand beach near a port where ferries unloaded tourists on Friday. 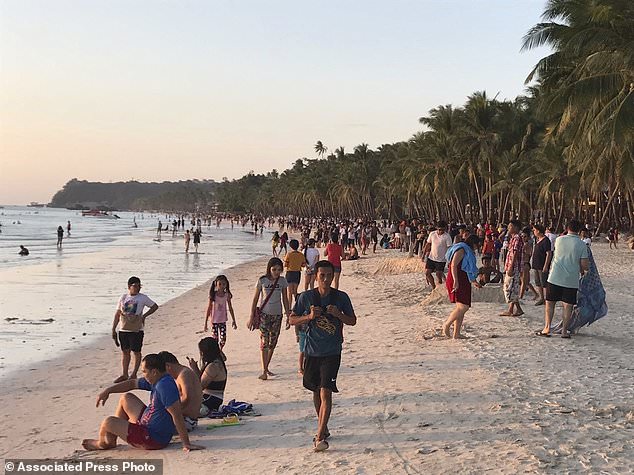 Visitors are being forced to sign oaths, promising to follow the rules, including proper waste disposal and a ban on alcohol, smoking, bonfires and wild partying on the beach, officials said 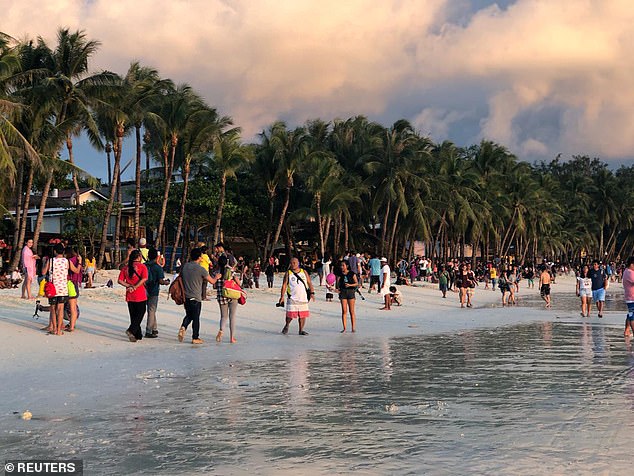 German tourist Lora Hoerhammer, who was among the first foreign visitors to set foot on the spruced-up island, backed the six-month closure.

The 27-year-old said: ‘We said wow, that is a good thing to really close the whole environment so that nature can rest for a second and people can clean up everywhere.

‘Everybody will be able to come back and feel … that it’s a better place for everybody.’

Only 157 of Boracay’s hundreds of hotels, inns, restaurants and souvenir shops have reopened after complying with the regulations, including connecting to authorised sewer pipes and maintaining a 30-metrw=e (98-foot) distance from the ocean. 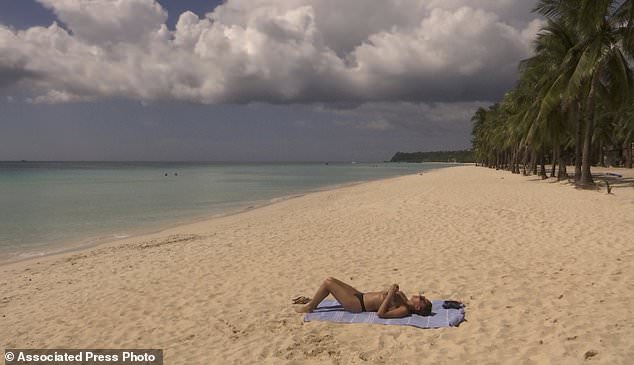 A woman tops up her tan on the beach on Boracay Island. President Rodrigo Duterte ordered Boracay shut in February for rehabilitation

‘The weather is good and the water is so clear. This is the best way to welcome a better Boracay,’ said delos Santos, 42. ‘It’s like Boracay got a reboot.’

President Rodrigo Duterte ordered Boracay shut in February for rehabilitation and said the waste being discharged into the sea had made its waters a ‘cesspool.’

During the closure, authorities discovered a hidden sewage pipe discharging waste directly into the coastal waters and two hotels built on restricted wetlands.

Some resorts were demolished because they had encroached into a no-build area fronting the sea – one of many violations that had been unchecked for years in one of the country’s top tourist draws.

A mayor was suspended and 16 other officials faced complaints of neglect of duty over Boracay’s deterioration. 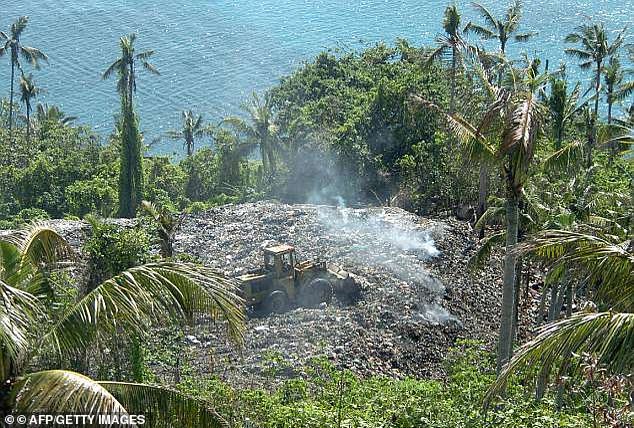 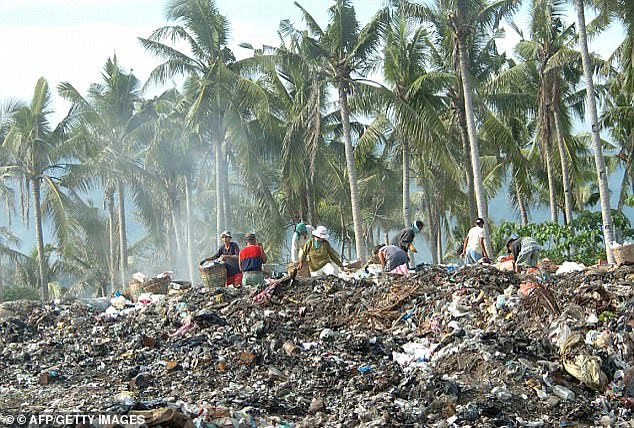 Six months were too short for Boracay’s complete overhaul, said Eduardo Ano, who heads the Department of the Interior and Local Government.

Workers were continuing to widen concrete roads after laying drainage and sewer pipes as the island reopened, whipping up dust in the island’s laid-back community.

But the influx and neglect threatened to turn Boracay into a ‘dead island’ in less than a decade, according to a government study.

Other Philippine beach resorts and tourist destinations believed to have breached environmental and safety regulations for years have also been warned of possible closures. Such challenges come with the huge revenues tourism brings in Southeast Asia.

In Thailand, authorities have closed the bay made famous by the Leonardo DiCaprio movie The Beach to allow it to recover from environmental damage caused by a deluge of tourists.