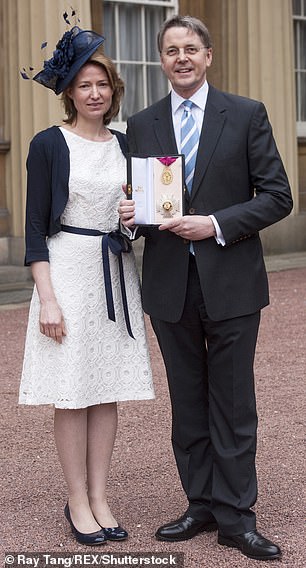 For a quarter of a century, Sir Jeremy Heywood was one of the two or three most powerful men in Britain. He possessed far more clout than most Cabinet ministers, and had the capacity to make or break careers.

He was a close adviser and personal friend to Tony Blair, Gordon Brown and David Cameron. He ran their lives, made things happen – and just as often stopped them from happening.

He was fixer, counsellor, and all too often the crutch of successive prime ministers. But for his untimely death yesterday from cancer at the age of only 56, Sir Jeremy would have performed this role for Theresa May as well.

Some thought he was much too powerful. The Daily Mail dubbed him ‘Sir Cover-Up’ after it emerged that he had blocked the release of letters and phone calls between Blair and US President, George W Bush, in the run up to the Iraq War in 2003.

It was a nickname that he hated and although there’s no escaping that it was intended as an insult, it was part grudging tribute, too. Sir Jeremy valued secrecy and there are many who share his view that a great deal of government business ought to take place behind closed doors.

Occasionally when I criticised him in my columns he would call me into his capacious Whitehall office and we would hammer out our differences.

In 2011, at the time of his appointment by Cameron to head the Civil Service, I wrote that he was not the best choice. The Blair years had led to too cosy a relationship between ministers and civil servants, too much dominance from the centre, and a collapse of due process. 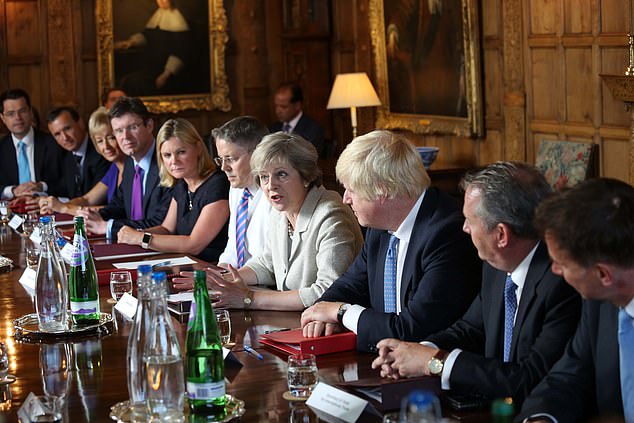 The last time we clashed about something I had written – over the Chilcot Report into the Iraq War – it led to bad blood. A civil servant called to tell me that Sir Jeremy Heywood wanted me to know that he was ‘shocked and appalled’ by my criticism. I never got the opportunity to mend relations, and this now fills me with sadness because fundamentally he was a decent man.

There is no question that Sir Jeremy, who was ennobled to Lord Heywood after he retired through ill health a few days before his death, was a patriot who embodied the noble ideal of public service and who mastered every detail of every brief he was ever given.

Mrs May led the tributes from across the political spectrum yesterday. ‘He worked tirelessly to serve our country in the finest traditions of the Civil Service and he is a huge loss to British public life,’ she said.

From the moment Heywood entered the Civil Service in 1983 after a brilliant academic career (Oxford, LSE, Harvard) he dedicated himself to the public good.

He gave every hour to the job as a young man, and his workload continued to be prodigious after he married his wife Suzanne – with whom he had three children – in 1997.

In a statement, she remembered a ‘wonderful father’ who ‘crammed a huge amount into his 56 years’. She said: ‘Jeremy could light up any room or conversation and loved hosting a good party.’

His first post was as an economist at the Health and Safety Executive, but his talent was quickly spotted and he first came to widespread notice as private secretary to then chancellor Norman Lamont when sterling crashed out of the Exchange Rate Mechanism in 1992. He proved his indispensability in a crisis when John Major’s briefing note for the Maastricht negotiations was lost. As the former PM recalled in his autobiography: ‘Eventually Jeremy Heywood let out a whoop of delight. He had discovered it among Norman Lamont’s papers.’

Colleagues said that during this frenetic time, the boyishly good-looking Heywood lived on coffee and cigarettes, and shared a car to work rather than take public transport so that he could smoke.

When New Labour came into power, he was soon promoted to Downing Street as private secretary to Blair – a move that engendered some resentment.

Some senior civil servants felt that Heywood was much too ready to abandon traditional Civil Service procedures and embrace Blair’s notorious culture of ‘sofa government’.

When this move was blocked by mandarins, a disgruntled Heywood quit the Civil Service in 2003 for a job with investment bank Morgan Stanley in the City.

It was Gordon Brown who persuaded him to return in 2007 as head of domestic policy and strategy in the Cabinet Office, bringing order to the new PM’s chaotic fledgling administration. Within months, Sir Jeremy was at the centre of the desperate negotiations to sort out the 2008 financial crash.

The experience he gained then at a time of national and international crisis and his good standing with David Cameron when he arrived at No 10 in 2010, meant that he was ideally poised to become Cabinet Secretary – the most senior figure in the Civil Service and one of only 11 men to have held the post since it was created in 1916 – when Gus O’Donnell stepped down in 2012. He was knighted in the New Year’s Honours List that year.

I believe Sir Jeremy’s greatest achievement was the way in which he heroically held together the Cameron/Clegg coalition government till the 2015 general election. He dealt in ‘solutions’ and because he was trusted by both sides was uniquely placed to resolve differences.

It was not long after this that he was diagnosed with the disease that killed him. Some of those closest to Theresa May say that many of the difficulties of her premiership to date have occurred because of Sir Jeremy’s enforced absence –not least the long running face of the Brexit negotiations.

We will never know for sure. Sir Ollie Robins, the PM’s Europe adviser and lead Brexit negotiator, said in a heartfelt statement last night: ‘I will miss Jeremy very much.’

So will many, many others.

11/04/2018 lifestyle Comments Off on PETER OBORNE says Jeremy Heywood was an arch fixer, but a true patriot
Recent Posts