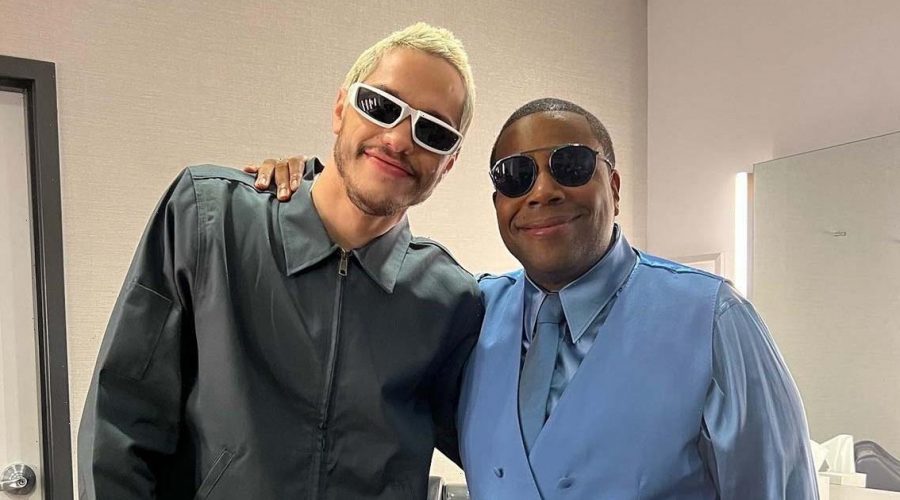 “This mic is short as hell. I didn’t come to rehearsal,” the 28-year-old King of Staten Island star said during the Monday, September 12, awards show. “It’s funny because this is just like SNL, because Kenan [Thompson]’s doing all the work and I’m refusing to say what the writers want.”

“Before I say anything, I just want to say, how ‘bout a shoutout to Kenan Thompson?” he said to applause from the audience. “The guy’s been in the zone for the past 30 years, just making us smile, nothing but net, and he’s an absolute treasure. I’m honored to call him a friend, this is really cool.” 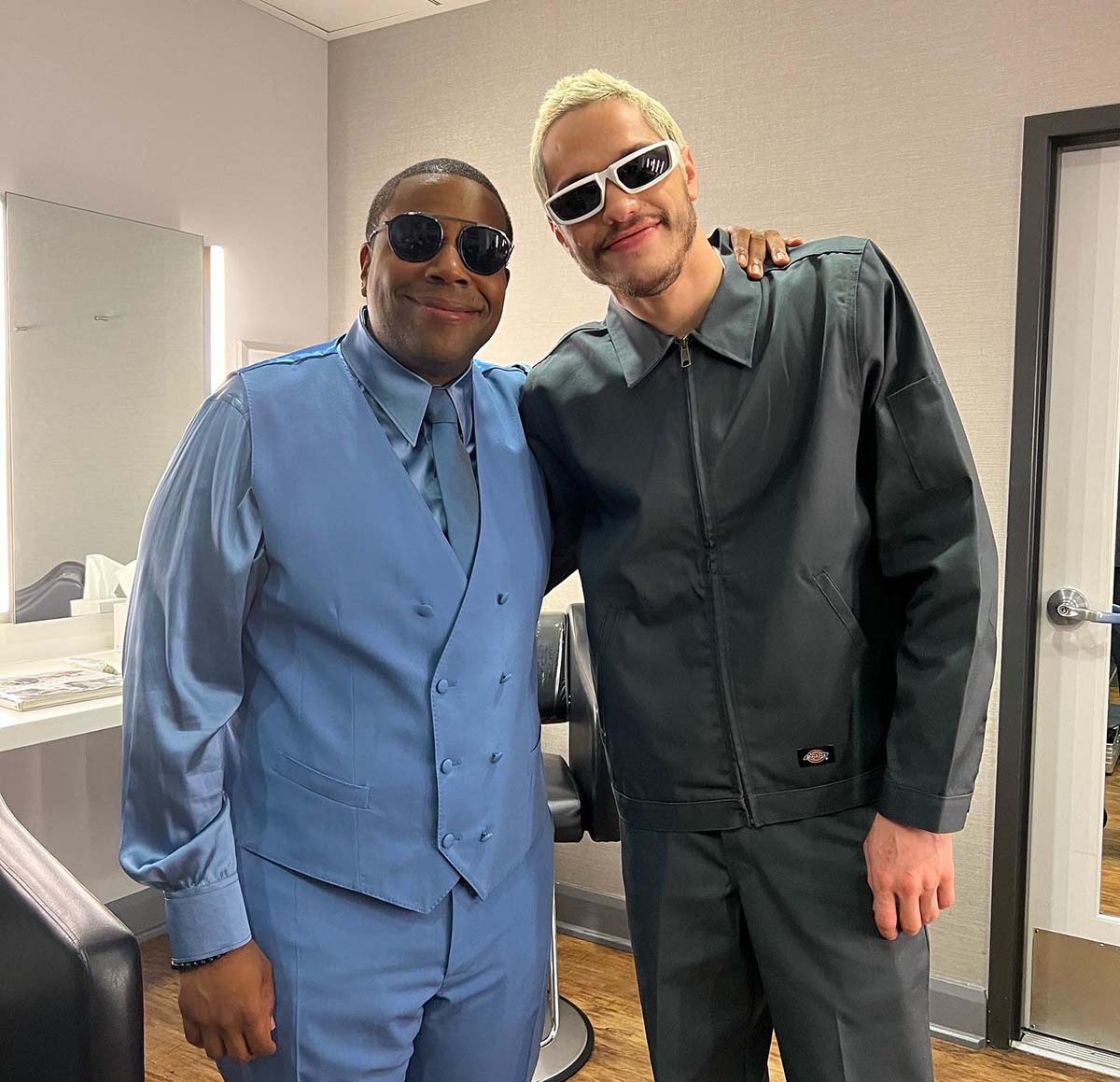 Dressed in a gray collared shirt, matching gray pants and white sunglasses, Davidson joked about his own lack of Emmy nods before presenting the award to Ted Lasso.

“The Emmys are, like, so prestigious that even being nominated for one can be the pinnacle of an actor’s career … I assume,” he quipped.

The comedian made headlines last month when his high-profile relationship with Kim Kardashian ended. The duo had been together for less than a year when they called it quits.

“Pete is focusing on himself and his career right now and trying to make himself happy,” a source exclusively revealed to Us Weekly in August. “He’s got a huge career ahead of him and has a ton of irons in the fire post-SNL.”

The insider added that Davidson and the Kardashians star, 41, “remain friends” and the Set It Up actor is laser-focused on work at the moment. 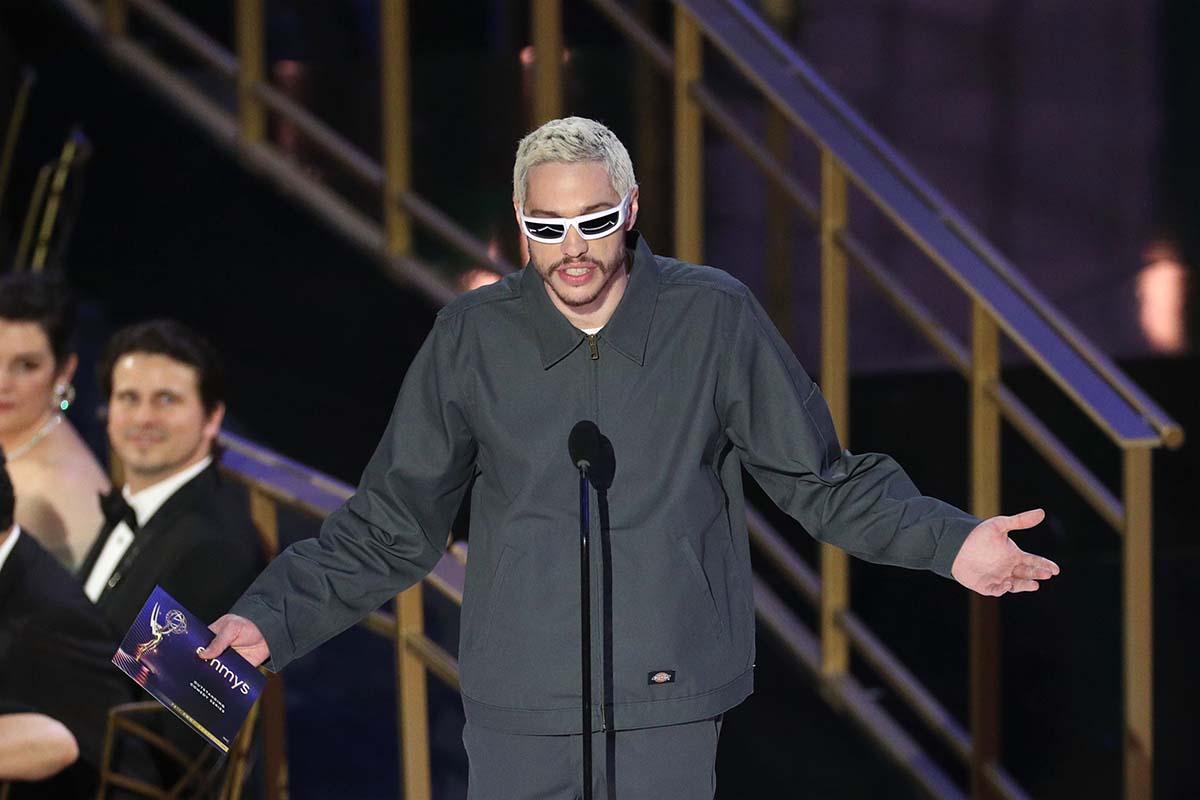 “He has a hugely ambitious streak. Pete wants to continue his standup comedy routine, challenge himself with new acting roles,” the source revealed.

Kardashian, for her part, has spoken positively of her former beau since the breakup.

“He’s a cutie,” she said of the SNL alum during a conversation with Mel Ottenberg, editor-in-chief of Interview Magazine, earlier this month. “He’s literally such a good person, they don’t really make them like him anymore. I’m excited for what he has coming up.”

Before his relationship with the KKW Beauty founder, Davidson was briefly engaged to Ariana Grande in 2018. He has also been linked to Margaret Qualley, Kate Beckinsale, Cazzie David and Carly Aquilino.