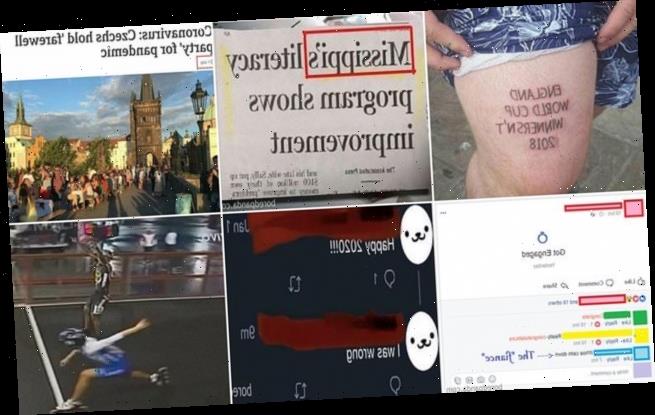 Don’t celebrate too soon! Hilarious snaps capture people who got carried away – from a premature ‘end of Covid’ party to an unfortunate ‘England World Cup winners 2018’ tattoo

From a rollerskater who was pipped to the finish line to a premature ‘end of Covid’ party, these overexcited people just got carried away.

Elsewhere, a football fan got ‘England World Cup Winners 2018’ tattooed on his leg a little too prematurely…and should’ve just waited for the final results. 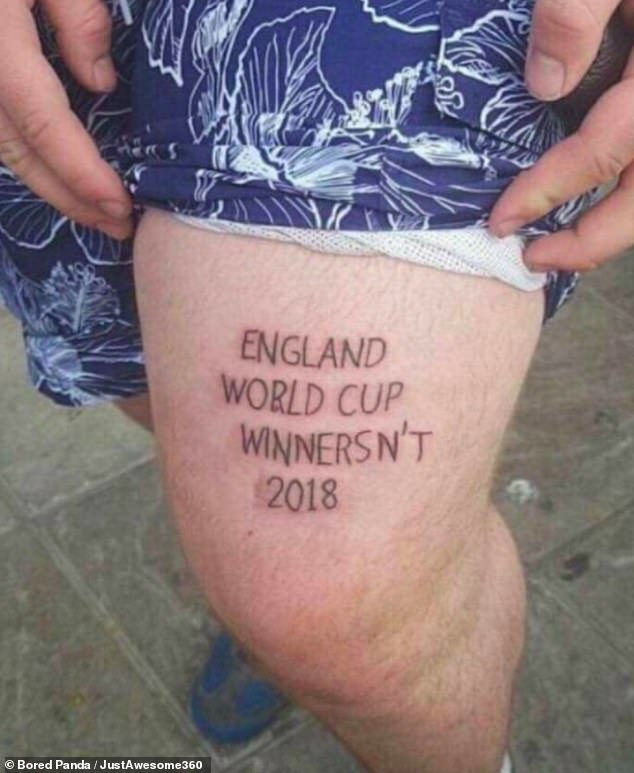 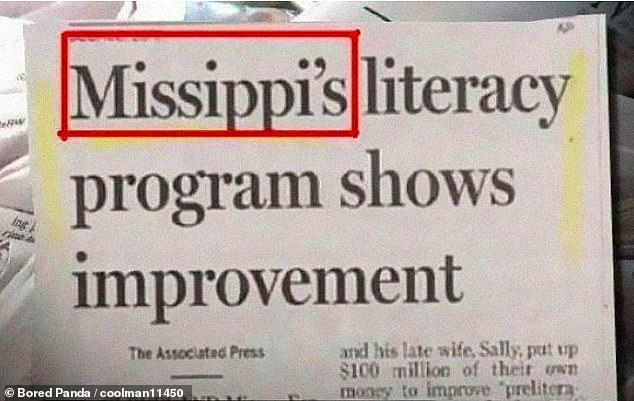 Another person, from the US, pointed out how unfortunate an article praising the state of Mississippi’s literacy programme was – after they misspelled the name of the state 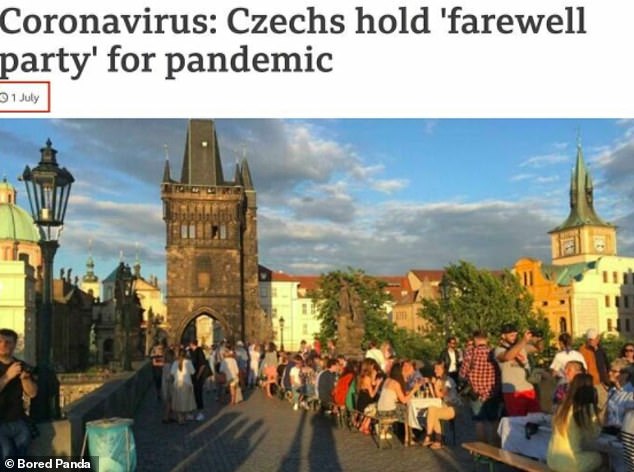 A Czech town held a farewell party for the coronavirus pandemic on July 1, but a second wave of cases hit the country three months later 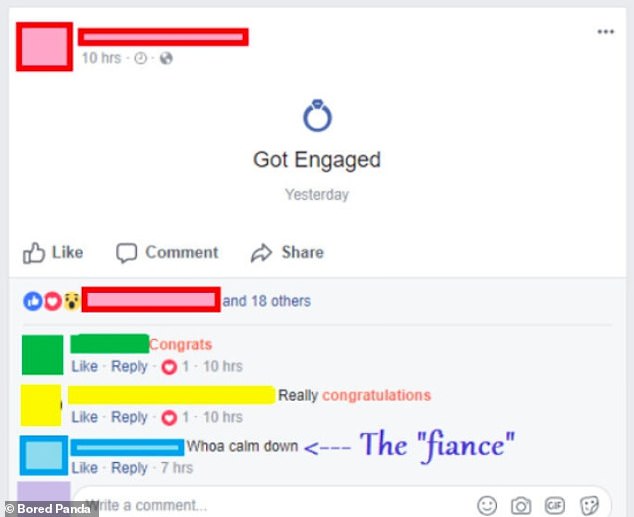 A ‘bride-to-be,’ believed to be from the US, was left embarrassed after she announced she was engaged on Facebook – but her partner commented asking her to calm down 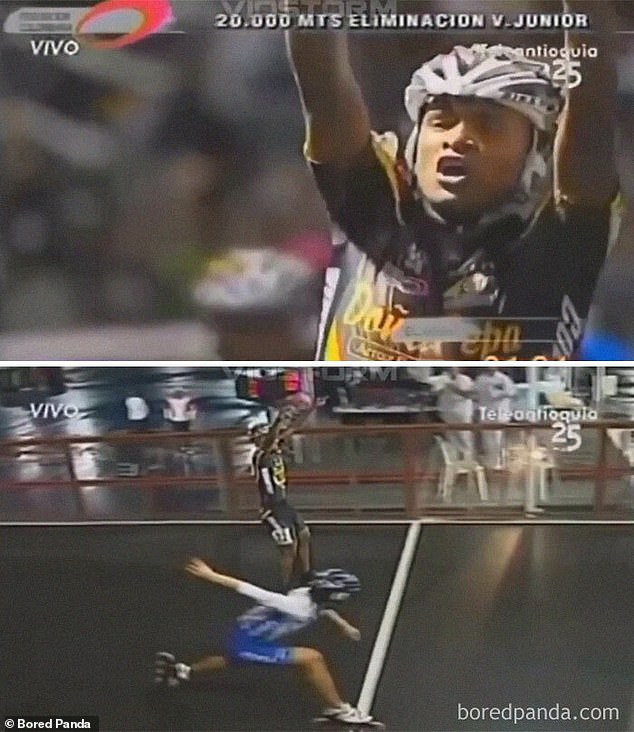 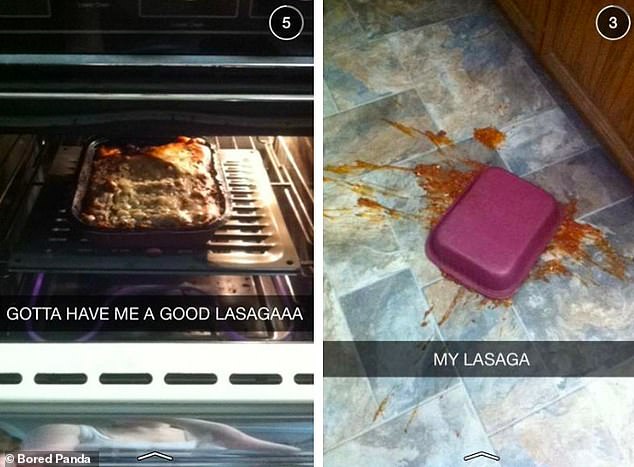 An excited foodie, believed to be from the from the US, excitedly shared a picture of their lasagna in the oven – only to reveal they dropped it on the floor moments later 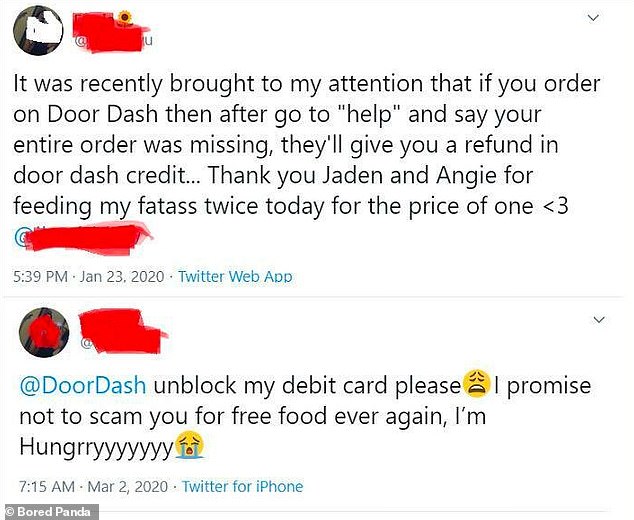 One man in the US boasted about scamming a company to bag a free meal, but regretted it when they blocked him from using his card on their app 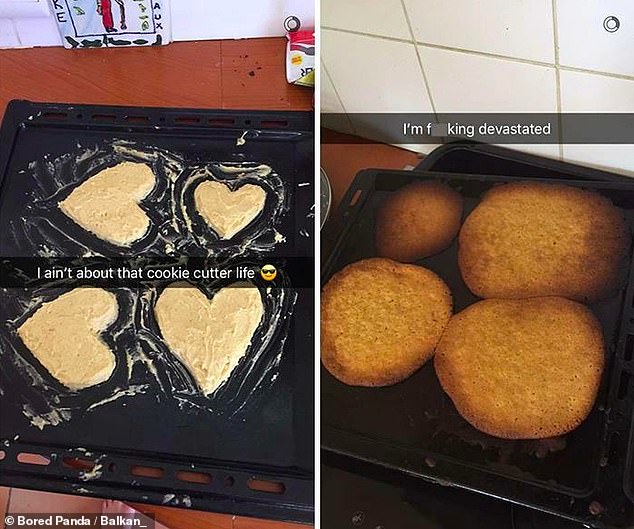 An unlucky US-based cook bragged about making heart-shaped cooking without cookie cutters, but soon ended up regretting it 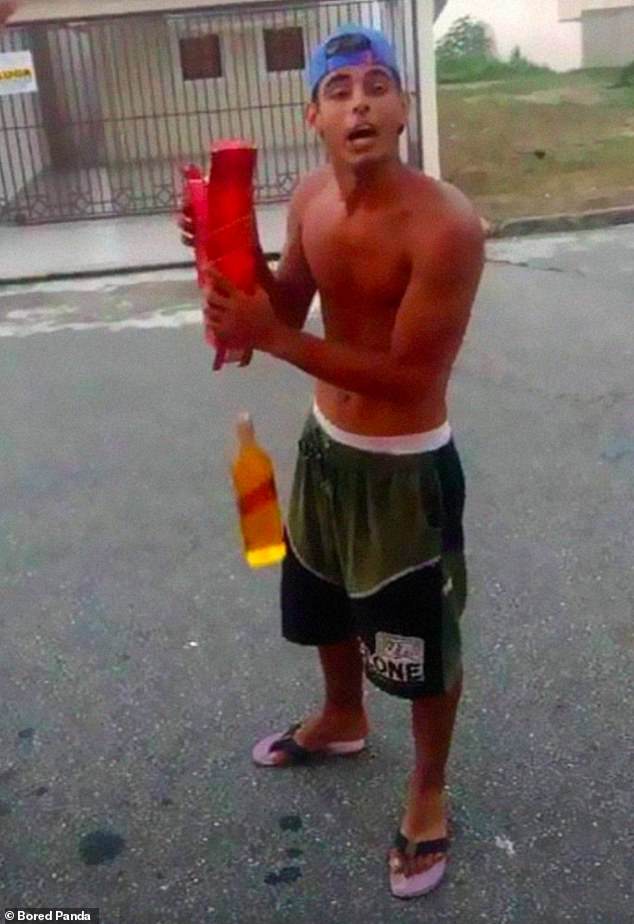 In the US, this man wanted to show off his expensive whisky purchase, but a friend captured the exact moment it fell out of the box, ready to smash the ground