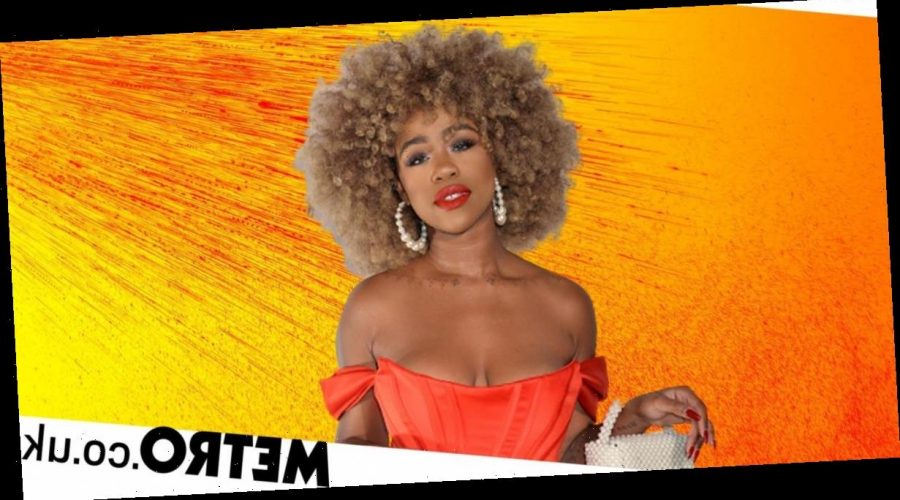 For decades, campaigners have fought for reparations – payment made to those who have been wronged – in compensation for the crimes of slavery and other historical oppressions.

It is a complex topic which warrants questions such as – who is eligible for payment, who should pay for it, and which oppressions should be compensated? If we repatriate for the atrocities of slavery, for example, then should we do the same for the Holocaust, or the Irish potato famine?

Recently, writer and author Chidera Eggerue, known on social media as The Slumflower, has asked for personal reparations to be paid to her as a proposed solution to claims her work has been copied by a fellow feminist author.

The activist claimed the accused, who denied wrongdoing, had capitalised off the plagiarisation, so Chidera accepted compensation payments from white people – who offered them as a form of ‘solidarity’ with her.

But some campaigners say reparations aren’t as simple as paying one individual to make up for crimes against an entire minority group. Put simply, paying one person who says they have been treated unfairly doesn’t pay off the debt of historic, systemic racism.

Academic and writer Luke Moffet, who works with the Reparations, Responsibility and Victimhood in Transitional Societies project, says victims want their names and dignity vindicated. He believes they want those responsible named and held to account, and for the suffering they faced to never happen again.

Can one-off payments, or even a series of payments, ever classify as reparations?

Luke tells Metro.co.uk: ‘Really, reparations are measures made by those responsible for wrongdoing to make amends to those they have harmed (victims).

‘With violations against groups such as the Holocaust, war crimes or violations of indigenous rights, individual reparation for a sole victim may be insufficient and not address the group harm, such as loss of cultural, collective land rights or identity.’

Until the Slavery Abolition Act of 1833 came into effect, 800,000 African people were the legal property of Britain’s slave owners.

But it was the Brits who were compensated for their loss, not the slaves themselves.

In one of the biggest bailouts in British history, a major 46,000 slavers were reimbursed £20m in total (£16bn in today’s money), a public obligation that ended only in 2015.

Slavery, coupled with the subsequent exploitation of indigenous people of the Global South, led to British prosperity.

These pursuits haemorrhaged the wealth accumulated in continents such as Asia and Africa prior to their colonisation. This means colonial subjects were unable to build generational wealth.

To rectify the devastating inter-generational impacts of this period in time – plus the horror their ancestors endured – many want monetary justice, as well as national contrition and importantly, confirmation that the violence will never be repeated.

Campaign group The Pan-Afrikan Reparations Coalition in Europe (PARCOE), set up in 2000, recognise that reparations is owed to many groups.

They make the distinction that reparations mean different things to different people and that it’s about much more than just money.

Esther Stanford-Xosei, a long-standing reparations campaigner with PARCOE, tells Metro.co.uk: ‘For us, reparations means full repair, the United Nations Framework on a Right to a Remedy and Reparation lists five aspects of a comprehensive reparations programme: guarantees of non -repetition, restitution, rehabilitation, compensation and satisfaction, yet many people only focus on one – compensation.’

Esther does not think isolated payments to one individual can count as reparations.

She adds: ‘The process of effecting and securing reparatory justice is not about individuals getting back-pay cheques for stolen labour, land, real estate and resources that was amassed by their Afrikan [preferred spelling for some activists] ancestors and forebears.

‘Rather, reparations are a process of restoring and re-empowering a people who have been dispossessed of their group power to effect their will and advance their group interests geopolitically as a power unto themselves and to the rest of the world.’

As part of her work with PARCOE, Esther recommends concrete changes including:

In Chidera’s case, she is asking for reparations in the way of royalties from the book she says copied her work, split 70-30 (with Chidera receiving 70%).

She is also accepting donations made from white people in the name of ‘reparations’.

However, human rights professor Steven Greer asks whether this aligns with the goals of reparatory justice.

He says: ‘People can do whatever they like with their money within the law. So there can be no legitimate objection to white people giving their money to non-white people, particularly when the former are rich and the latter poor. Whether any such gift constitutes genuine reparations or not depends on who’s giving and who’s receiving.

‘The exercise would have greater “moral integrity” if the ancestors of the rich white people had been involved in slavery in the past. But there’s still an issue about who should receive the compensation.

Professor Greer has many logistical concerns, but ultimately wants to strive towards a fairer, more equitable world.

‘Personally, I’d like to live in a world where everyone has enough sustainable resources to meet their needs, where we celebrate our common humanity together with our racial and other differences, and where the gap between rich and poor is much narrower than it is,’ he says. ‘But getting there is the problem.’

Despite its complexities, reparations on a larger scale isn’t such an inconceivable idea.

In places like Evanston, Chicago, a local council were successfully able to pass a motion for one of the world’s first government-backed reparations programme, paying Black citizens for the horrors of the transatlantic slave trade.

But these sorts of movements have benefitted large swathes of people, not one individual.

And, referring to Chidera’s situation, Professor Moffet raises an important question: ‘Why should they be prioritised for the group harm over others?’

Do you have a story you want to share?

Email metrolifestyleteam@metro.co.uk to tell us more.

The State of Racism

This series is an in-depth look at racism in the UK in 2020 and beyond.

We aim to look at how, where and why individual and structural racism impacts people of colour from all walks of life.

It’s vital that we improve the language we have to talk about racism and continue the difficult conversations about inequality – even if they make you uncomfortable.

We want to hear from you – if you have a personal story or experience of racism that you would like to share get in touch: metrolifestyleteam@metro.co.uk