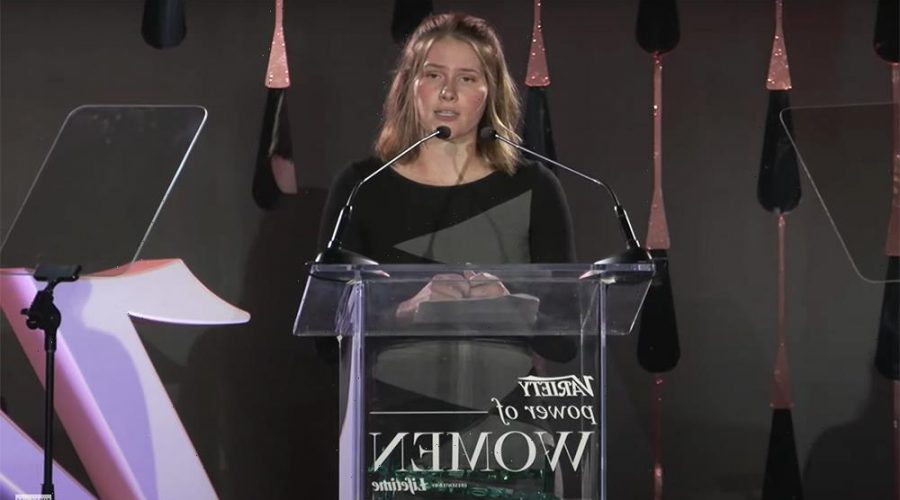 Paxton Smith electrified abortion rights advocates when she used her 2021 high school graduation speech to decry wide-ranging abortion restrictions that were being pushed by Texas lawmakers. The valedictorian’s remarks, in which she told the audience that “there is a war on my body and a war on my rights,” quickly went viral, making Smith one of the youngest faces and most influential voices of the movement.

Now, the conflict that Smith described has entered a new phase after Politico broke the news this week that the Supreme Court has prepared a majority draft opinion striking down Roe v. Wade and eliminating the constitutional right to an abortion.

“In two months, abortion is going to be illegal or inaccessible in over half of the country,” Smith, currently a freshman at the U. of Texas at Austin, told Variety. “In my home state of Texas it will be criminalized, which means that people who provide abortions could go to prison.”

Smith wasn’t surprised by the news, because the court has lurched to the right in recent years, but she says other people were stunned to learn about the coming changes. She thinks the reports could shake some supporters out of their complacency.

“I hope they don’t just sit there and hope for the best, because it’s very likely that Roe is getting overturned,” Smith says. “They need to stop crossing their fingers and get off the couch and get organized. They need to get involved.”

As for Smith, she says that she plans to take to the streets.

There’s a role for Hollywood to play in all of this, Smith insists.

“The media business wields a lot of power in terms of controlling what people get to see,” she says. “The stories of people getting abortions are not told enough when abortion is still so heavily stigmatized. If we really want to make any headway in terms of securing abortion rights, the first thing that we need to do is really show the fact that this is a normal procedure for people to have — one in four women has an abortion.”

The 19-year-old Smith says she thinks that her graduation speech received so much attention because it offered a fresh perspective on a contested issue.

“We really don’t hear enough from the people who will be most directly impacted if abortion is made illegal in parts of the country,” she says. “It will be my generation that feels that change the most acutely.”