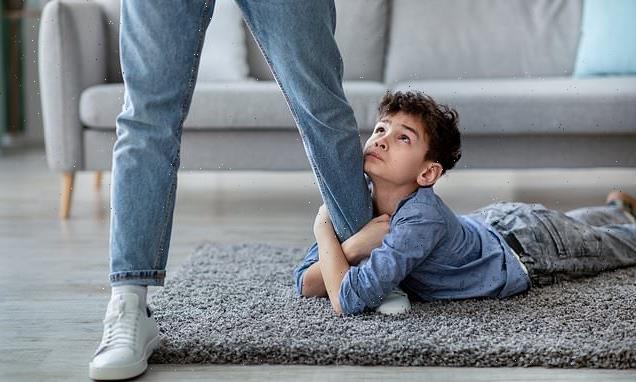 An anonymous parent is being called ‘deranged’ and ‘absolutely mental’ for explaining that they are ‘weaning’ their nine-year-old son off of hugs because she decided.

The parent, who didn’t shared any identifying details, explained the bizarre logic behind the child-rearing tactic on Reddit this week.

They said that their son has ‘trouble controlling his own emotions’ and will turn to his parents for soothing — but this parent decided that enough was enough, and they would no longer offer hugs to make the little boy feel better. 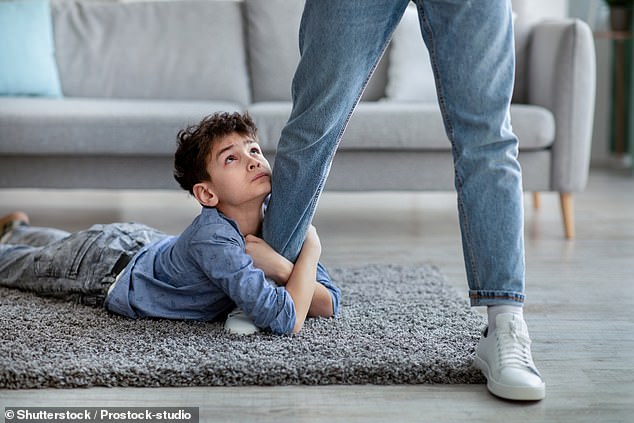 No love for you! An anonymous parent is being called ‘deranged’ for explaining that they are ‘weaning’ their nine-year-old son off of hugs because she decided (stock photo)

‘I used to hug him all the time, and whenever he was even slightly upset, he would come to me to soothe him.

‘He became so dependent on me, he had trouble controlling his own emotions, to the point he still had tantrums like a toddler (they haven’t fully stopped yet), so I started to wean him off hugs.’

While this might have been odd enough, the parent’s reason for posting was not because they doubted whether it was right for them to withhold affection.

Rather, they were upset that their son was getting it from his teacher.

‘I recently found out that he had been getting hugs from his teacher,’ they wrote. ‘Not only is this really weird, but it’s literally stunting his emotional growth.

‘When I confronted her, she blew up and lectured me on how 9 year olds “need” hugs. I think that’s complete bulls***.’

The parent concluded: ‘I stopped being actively hugged at 6, and most 9 year olds don’t have the same emotional issues my son does.’

Unsurprisingly, commenters are horrified by the parent’s behavior.

‘If getting hugs is “stunting his emotional growth” then you need to get your kid in for therapy. Something is obviously not right in your household if this is how he’s developing,’ wrote one.

‘Hugs don’t stunt emotional growth, but deprivation of kindness and human contact absolutely will. Where in earth did you get this idea?? Humans NEED hugs. Touch starvation is a real thing,’ wrote a third.

Others called the parents ‘deranged’ and ‘the biggest a-hole,’ with one chiding: ‘You are a terrible parent who needs serious help.’