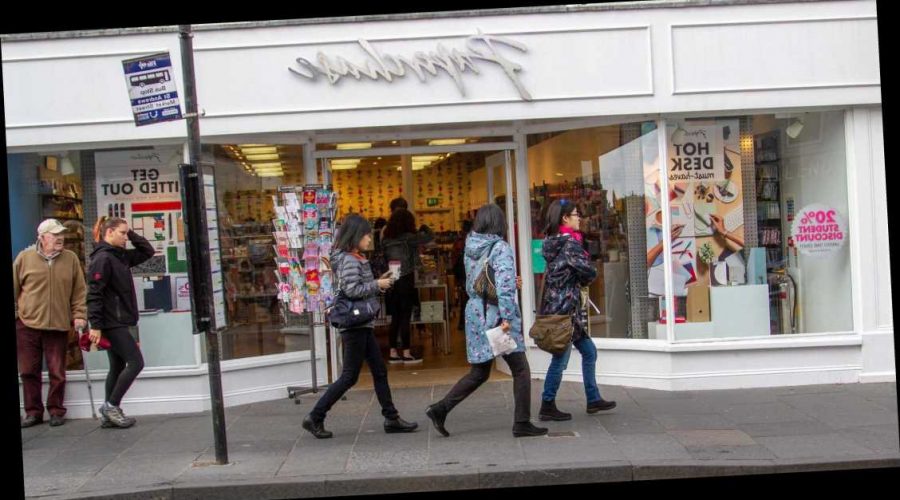 PAPERCHASE is on the brink of administration after the coronavirus crisis hammered the UK's high streets over Christmas.

A collapse of the stationary chain would put 1,500 jobs and 173 stores and concessions at risk. 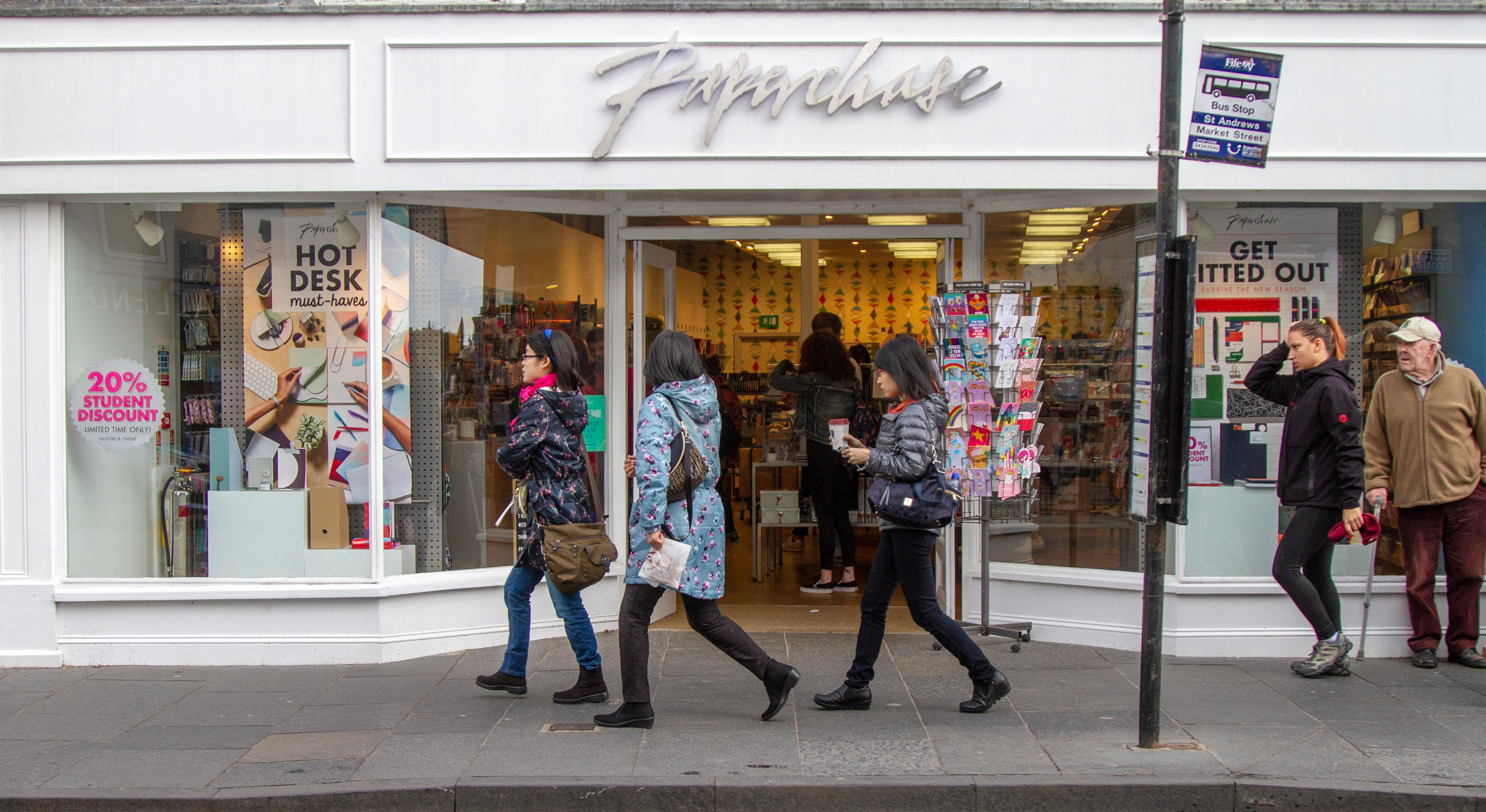 First reported by The Telegraph, Paperchase has filed a notice to appoint administrators, with accountancy giant PwC set to handle the process.

The retailer earns 40% of its sales in November and December, but lockdown measures forced it to shut scores of shops over the period.

Given Paperchase is classified as a non-essential retailer, all shops in Tier 4 areas in England were ordered to close from various dates in December.

Retailers hit by the coronavirus crisis

THE covid-19 pandemic has pushed struggling retailers over the edge. Here are some other high-profile retail names hit by the virus outbreak:

Aldo shoe shop went into administration in May resulting in five UK store closures and it's searching for a buyer for the remaining business, though franchised stores are not part of the process and concessions remain trading.

Arcadia, the owner of Topshop and other top high street fashion brands, filed for administration in December, the biggest British corporate insolvency so far of the coronavirus pandemic.

Benson Beds fell into administration in June with Harveys Furniture and was quickly bought back by its owners in a prearranged deal.

Brighthouse fell into administration at the end of March.

Cath Kidston went into administration in April and its online, franchise and wholesale arms were bought back by its owners resulting in the closure of 60 stores and 908 redundancies.

Debenhams is set to close all of its 124 shops permanently and disappear from the high street after rescue talks to save the chain failed in December.

Harveys Furniture, the UK's second largest furniture retailer, fell into administration in June and continues to trade and honour existing orders while it plans to close 20 stores and make 240 staff redundant.

Laura Ashley said in March it would permanently shut 70 stores and cut hundreds of jobs after appointing administrators.

LK Bennet brought in administrators last year and is proposing to close stores and reduce rents to save the business.

Oasis and Warehouse The British fashion brands fell into administration in mid-April after failing to find buyers, and online fashion group Boohoo said in June it was buying the brands but closing all stores.

Monsoon Accessorize went into administration in June and were then bought out of administration by their founder with plans to close 35 stores, make 545 staff redundant and seek rent cuts for remaining shops to try and stay afloat.

Paperchase has 127 standalone stores and 46 concessions across the UK.

The retailer said it's looking at options for the business, with the priority set on finding a long-term future for Paperchase.

Filing the notice is a legal measure which will protect Paperchase from its creditors for ten days.

The announcement comes as overall retail sales fell 3.8% in November, according to the Office for National Statistics.

In March, Paperchase pushed through a company voluntary arrangement (CVA), which is a rescue deal designed to ease costs and debts.

What are my redundancy rights?

BEFORE making you unemployed, your employer should still carry out a fair redundancy process.

You are entitled to be consulted on the redundancy lay-off first and to receive a statutory redundancy payment, as long as you've been working somewhere for at least two years.

How much you're entitled to depends on your age and length of service, although this is capped at 20 years. You'll get:

Sadly, you won't be entitled to a payout if you've been working for your employer for fewer than two years.

There should be a period of collective consultation as well as time for individual ones if your employer wants to make 20 or more employees redundant within 90 days or each other.

You are also entitled to appeal the decision by claiming unfair dismissal within three months of being let go.

A spokesperson for Paperchase told The Sun restrictions before Christmas had put "unbearable strain on retail businesses across the country".

They added: “Paperchase is not immune despite our strong online trading.

"Out of lockdown we’ve traded well, but as the country faces further restrictions for some months to come, we have to find a sustainable future for Paperchase.

"We are working hard to find that solution and this notice of intention is a necessary part of this work.

"This is not the situation we wanted to be in. Our team has been fantastic throughout this year and we cannot thank them enough for their support."

In December, the retailer was forced to remove a "sick" Christmas card after being accused of mocking children who were raised in care.

Coronavirus restrictions and the closure of non-essential shops have put immense pressure on retailers and the high street this year.

Debenhams and Arcadia Group, which owns brands including Topshop and Dorothy Perkins, both collapsed in December.

While Peacocks and Jaeger, which are owned by Edinburgh Woolen Mill Group, fell into administration in November, putting 21,000 jobs at risk.

01/05/2021 lifestyle Comments Off on Paperchase on brink of administration putting 1,500 jobs and 173 stores at risk
Recent Posts
We and our partners use cookies on this site to improve our service, perform analytics, personalize advertising, measure advertising performance, and remember website preferences.Ok