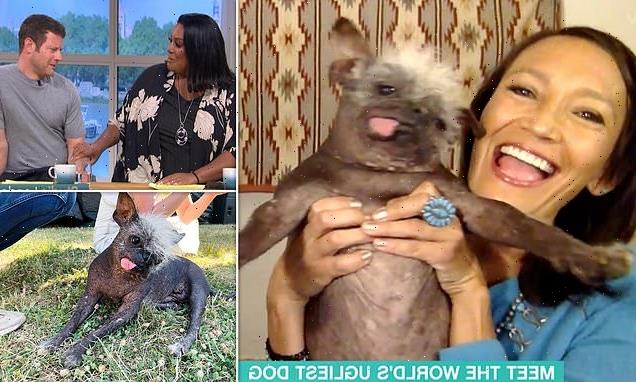 ‘I would adopt him!’ ‘World’s Ugliest Dog’ Mr Happy Face, 17, who was rescued from a hoarder’s house wins over This Morning viewers with his adorably scruffy appearance

The owner of the World’s Ugliest Dog has said he is ‘one of the most beautiful creatures’ while others have fawned over the ‘adorable’ pooch.

Janeda Banelly, who owns 17-year-old pooch Mr Happy Face, appeared on This Morning today to talk about the title.

The proud owner of the Chinese Crested pooch, from the US, adopted him from a shelter in Arizona after he was rescued from a hoarder’s home.

But despite being crowned champion in the World’s Ugliest Dog competition hosted in Petaluma, California, Janeda doesn’t think her pup is ‘ugly’.

Speaking to Alison Hammond and Dermot O’Leary via Zoom, she said: ‘I describe him as the most glorious creature ever created.

‘I don’t feel comfortable saying world’s ugliest dog – he is one of the most beautiful creatures. It is more of a celebration of their uniqueness and the beauty they bring to the world.

‘If we can all be a little kinder to each other we can see how beautiful this world can be.’ 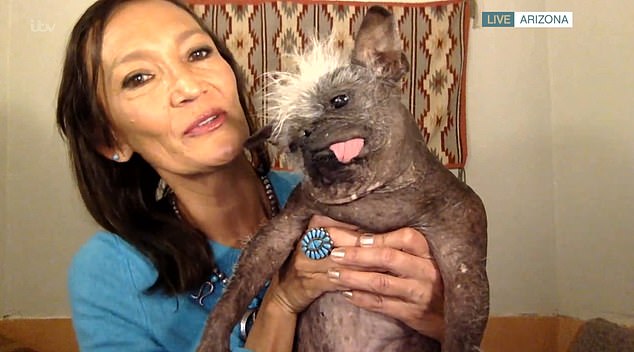 Janeda Benally, from the US, appeared on This Morning with her dog Mr Happy Face to talk about how he has been crowned World’s Ugliest Dog 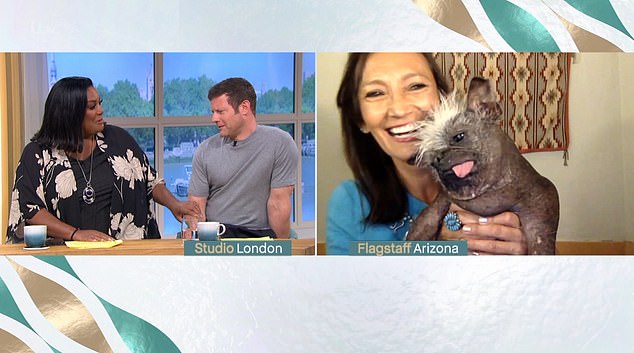 Katharine Merry wrote that he was ‘cute’ and ‘unique’ while another Twitter user called Stephanie said she would adopt all dogs like Mr Happy Face.

However, one Twitter user disagreed and compared the pooch to one of The Gremlins.

The pooch certainly won over Alison, who described him as ‘gorgeous’.

Janeda added that when she adopted Mr Happy Face, she didn’t think he would live for very long because he had several health issues.

She said: ‘I adopted Mr Happy Face with the understanding he was probably going to be a hospice situation. 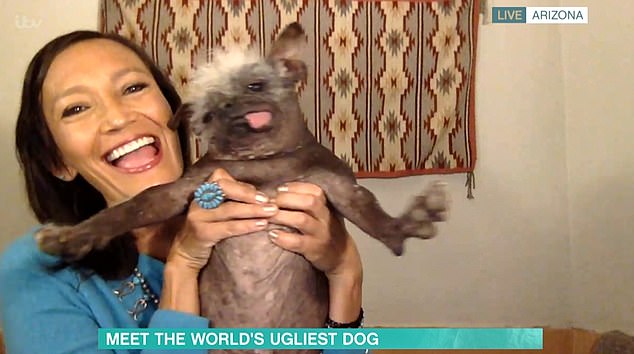 Mr Happy Face, 17, was adopted by Janeda from a shelter in Arizona after he had been rescued from a hoarder’s house

‘I was very lucky if we might have six weeks- so far it’s been 10 months.’

‘His health conditions are so much better. It has taken a lot of love and time. As well as being creative.’

Feeding the pooch a treat on camera, she said he is ‘doing great’.

Amid the excitement of Mr Happy Face being crowned champion, many are wondering if he will compete to retain his title next year. 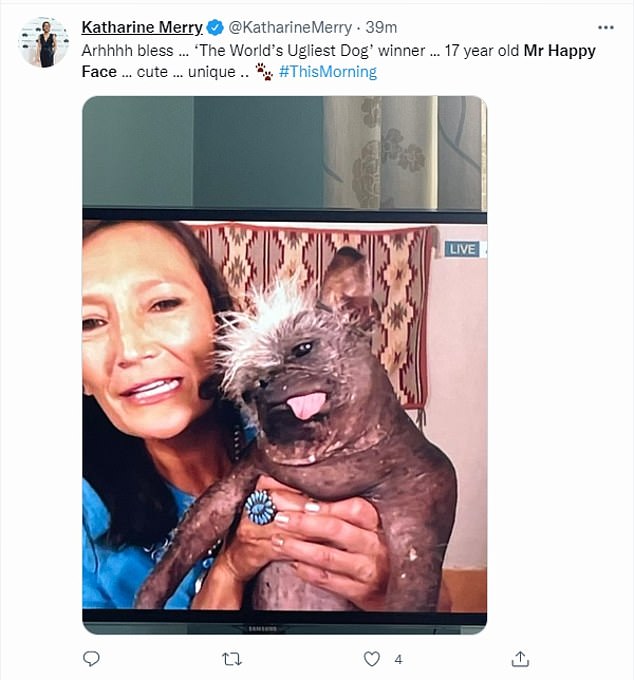 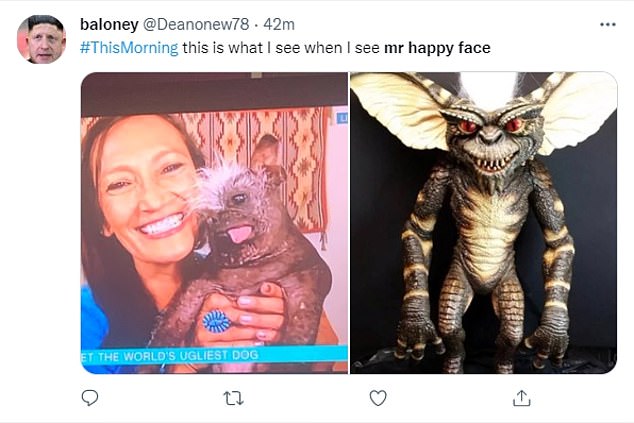 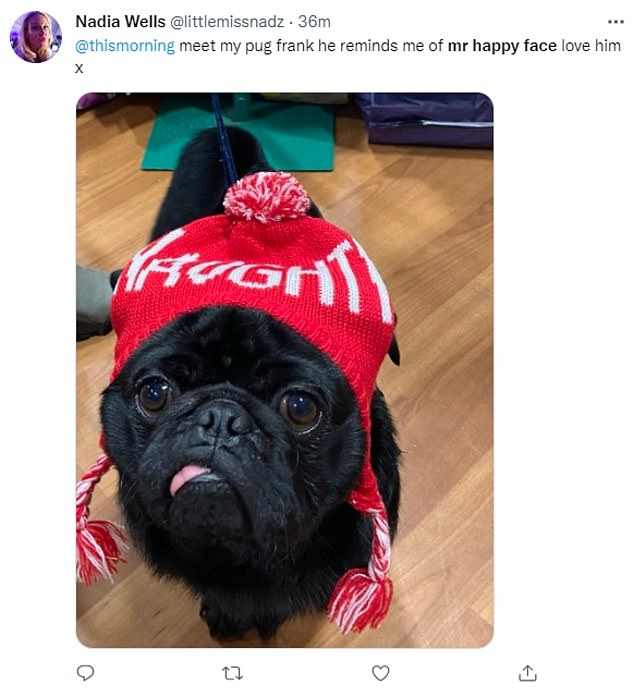 But according to Janeda, the pooch is retiring from the pageant circuit.

She said: ‘Every dog deserves their moment to be celebrated.

‘The happiness and joy they bring to the world and their humans. Every day is a blessing.’

The contest, which was held last weekend after a two-year break due to the pandemic, encourages adoption rather than buying from breeders. 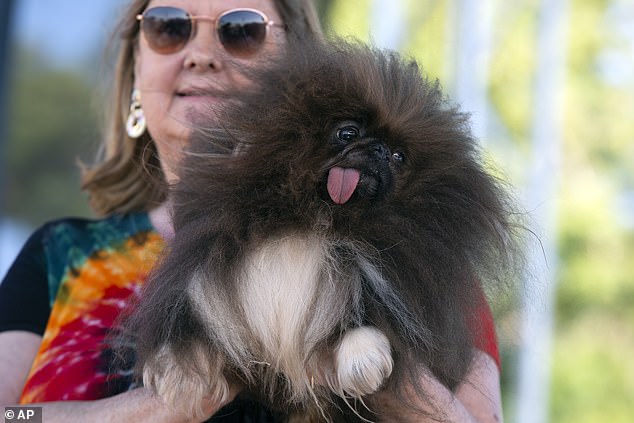 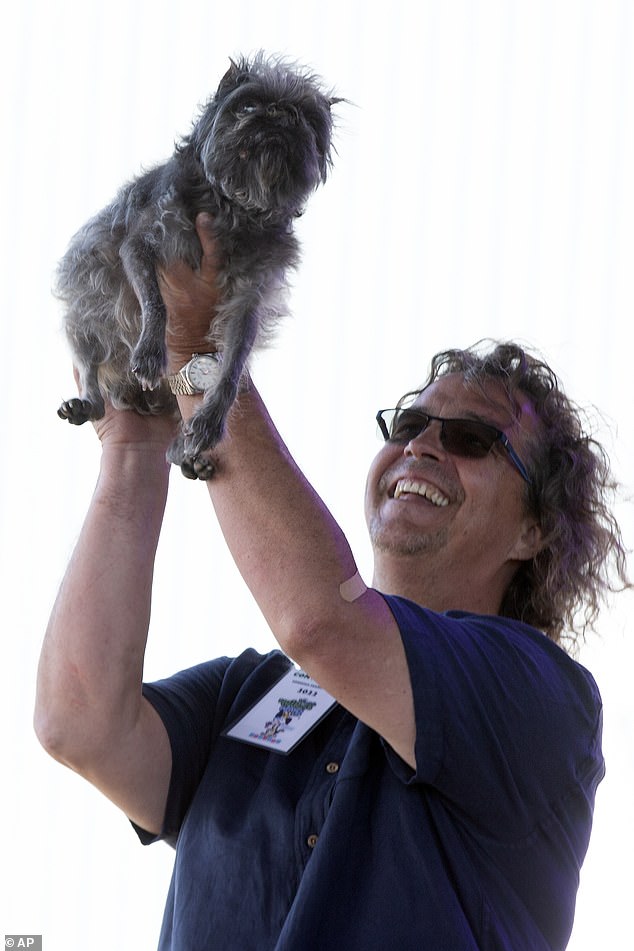 Alison Hammond said: ‘It encourages people to adopt these kind of animals who wouldn’t be adopted normally.’

The World’s Ugliest Dog competition invites people from all over the world to celebrate their unusual-looking pups.