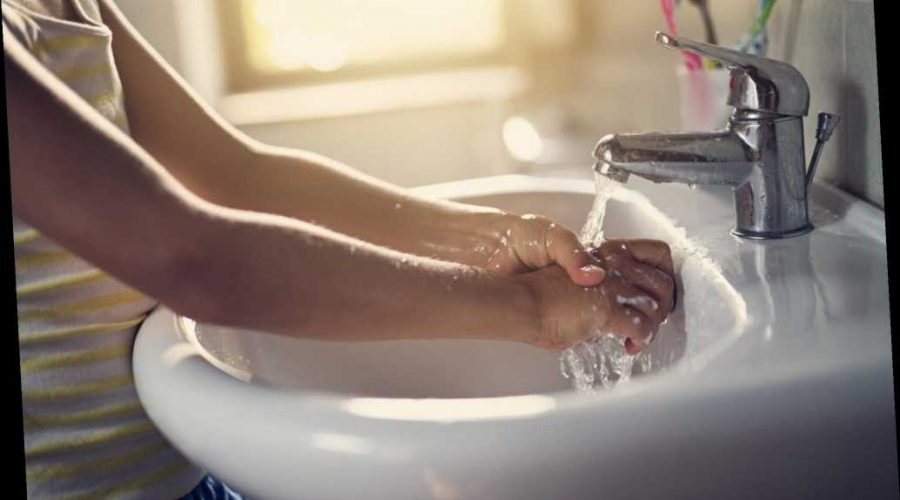 The average American couple has six conversations each month while one of them is on the toilet, according to new research.

A new survey of 2,000 Americans, living with a partner since at least the start of quarantine, also probed the other toilet taboos that partners have broken during this time.

While 64% of respondents reported that moving in with their partner broke down many of the "bathroom boundaries" they'd had prior to cohabitating, the extra time spent at home together during lockdown may have all but eliminated them.

But the increase in intimacy hasn't necessarily quelled all disagreements related to sharing the bathroom.

RELATED: Over Half of Americans Say Their Sleeping Habits Have Worsened This Year, Survey Finds

On the issue of "toilet talk," for instance, 31% clarified that while they are comfortable talking on the toilet, their partner is not.

Couples were also likely to disagree about what should and shouldn't be flushed, with nearly half (49%) saying they've gotten in a disagreement with their partner over this topic, and roughly the same proportion (50%) have squabbled over a resulting toilet clog or overflow.

Yet despite the possibility of disagreements, the process of sharing a bathroom also has its benefits.

While over six in 10 (61%) said the bathroom is the most difficult room in their home to share, 64% also agreed that figuring out how to set and modify bathroom boundaries with their partner has been an important step in their relationship.

An additional 60% averred that, though it was awkward at first, discussing taboo bathroom-related topics with their partner has strengthened their relationship.

02/27/2021 lifestyle Comments Off on Over Half of Americans' 'Bathroom Boundaries' with Partner Were Eliminated Due to Quarantining: Survey
Recent Posts