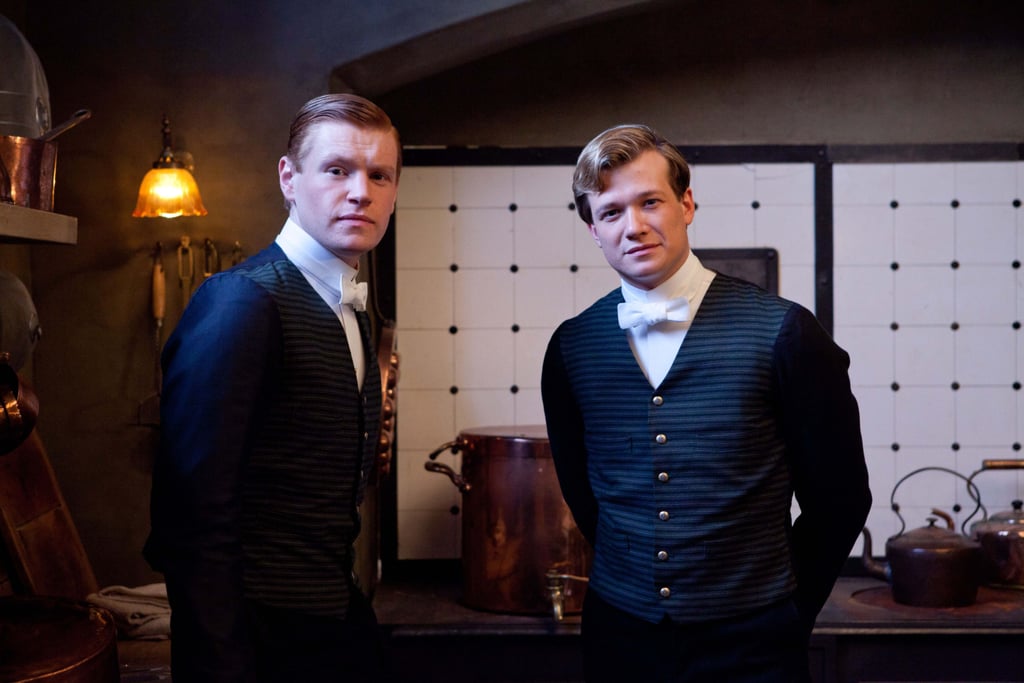 Outlander fans are very familiar with horrifying villains. The antagonist of the show’s earliest seasons, Black Jack Randall, was about as bad as a bad guy can get. In the upcoming fourth season, though, a new character might be giving Black Jack a run for his money. Irish pirate Stephen Bonnet, as fans of Diana Gabaldon’s books will know, appears charming and handsome on the outside, but it doesn’t take long for his awful nature to show itself. It’s new territory for actor Ed Speleers, who plays Bonnet, and has previously made a career as fairly heroic characters.

Speleers started his career in a pretty magical way (pun intended). At the age of eighteen, after only appearing in school plays in England, he was plucked from a worldwide casting call to play the lead role in 2006’s young adult fantasy epic Eragon. The movie, based on the first novel in Christopher Paolini’s best-selling series, was intended to be the first in a trilogy, but so-so box office numbers and terrible reviews torpedoed any chance of a sequel or of making its actors into A-list stars.

In the years after Eragon‘s failure to launch, Speleers returned to British film and television. He costarred in the 2008 British primetime soap Echo Beach, and in 2010, he starred in Witchville, a made-for-TV fantasy adventure film. He was one of the lead characters in the British thriller film A Lonely Place to Die, and in the 2012 horror comedy Love Bite. These were relatively well-received, but not blockbusters.

2012 was the year that Speleers finally hit it big, joining the cast of the worldwide hit series Downton Abbey. He played the dashing footman Jimmy Kent from the third season through the fifth, departing the cast in 2014. After years of smaller parts and almost-successes, this was the role that finally earned Speleers significant success and recognition on an international scale. He followed it up with another period drama, playing Edward Seymour on the Tudor-era miniseries Wolf Hall.

More recently, he appeared in a small role in Disney’s Alice Through the Looking Glass and performed alongside Andrew Garfield in Breathe. He joins the cast of Outlander alongside another Downton Abbey alum, Maria Doyle Kennedy, debuting this November. Until then, check out our gallery of some of his past roles!